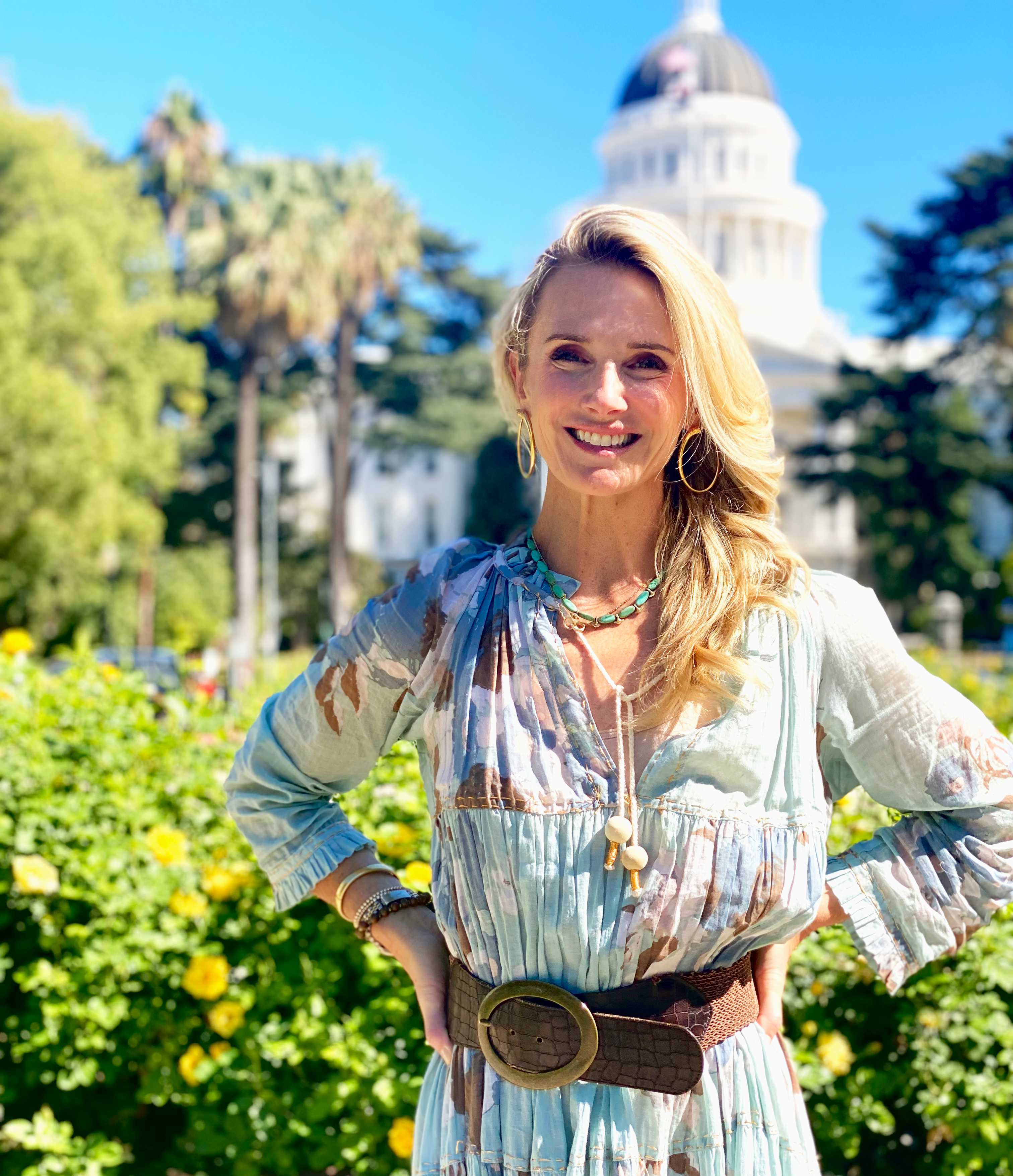 Jennifer Siebel Newsom is the First Partner of California, award-winning filmmaker, advocate, and mother of four.

In 2019, Jennifer launched #EqualPayCA, a statewide initiative to turn the strongest equal pay laws in the nation into the smallest pay gap in the nation. Committed to supporting whole child development, she joined the California Department of Education and State Board of Education in 2020 to launch “Advance SEL California,” a campaign to support children’s social emotional learning. In partnership with the California Department of Food and Agriculture, Jennifer successfully led efforts to expand access to local farm fresh meals in schools by launching California’s first-ever farm to school grant program. Jennifer shepherded the creation of two historic programs, the California State Park Adventure Pass and the California State Library Parks Pass, to increase equitable access to California’s vast state parks system for young people and their families.

Jennifer serves as honorary chair of the California Volunteers Commission, co-chair of the Governor’s Advisory Council on Physical Fitness and Mental Well-Being, and co-chair of the California Farm to School Working Group. Jennifer was also a member of the bi-partisan national Women’s Suffrage Centennial Commission. Building on her work as First Partner, Jennifer co-founded the California Partner’s Project (CPP), a nonprofit dedicated to promoting gender equality and child wellbeing. CPP has produced several influential reports analyzing the impact of California’s landmark legislation requiring women’s representation on public company boards. Their 2020 report, Are the Kids Alright, detailed California teens’ mental health experiences during the COVID-19 pandemic. In 2021, Jennifer and CPP engaged in a listening tour with parents across California to better-understand how they and their adolescents are navigating social media and gaming. These conversations were the foundation for a collection of toolkits and best practices to help support parents with responsive recommendations.

A California native, Jennifer graduated with honors from Stanford University, where she earned a Bachelor’s degree in Latin American Studies and a Minor in Human Biology. Soon after graduating, she travelled the world with Conservation International (CI) helping women in Africa and Latin America start their own environmentally sustainable enterprises. It was through her work with CI board member and spokesperson Harrison Ford that she realized the power of media to effect change. After returning to Stanford for her Masters in Business Administration, Jennifer moved to Hollywood to pursue a career in the entertainment industry. Recognizing that mainstream media and culture contribute to the under-representation of women in positions of power and influence, she started her own production company to center women’s stories.

Jennifer then wrote, directed, and produced the critically-acclaimed documentaries Miss Representation, The Mask You Live In, and The Great American Lie. Jennifer also executive produced the Emmy Award-winning and Academy Award-nominated documentary The Invisible War, the Emmy Award-winning documentary The Hunting Ground, and the acclaimed documentary On the Record. Following the success of her first film, Miss Representation, Jennifer founded The Representation Project, a nonprofit that challenges limiting gender stereotypes and norms by shedding light on the role they play in all forms of oppression. The Rep Project is known for its social activism campaigns #NotBuyingIt, #AskHerMore, and #RepresentHer which have reached over 800 million people. Her latest film, Fair Play, takes a deep look at domestic inequity, making visible the invisible care work historically held by women. Her films and social activism campaigns always aim to inspire a more balanced and equitable future.

Jennifer is married to California Governor Gavin Newsom and the mother of their four young children.