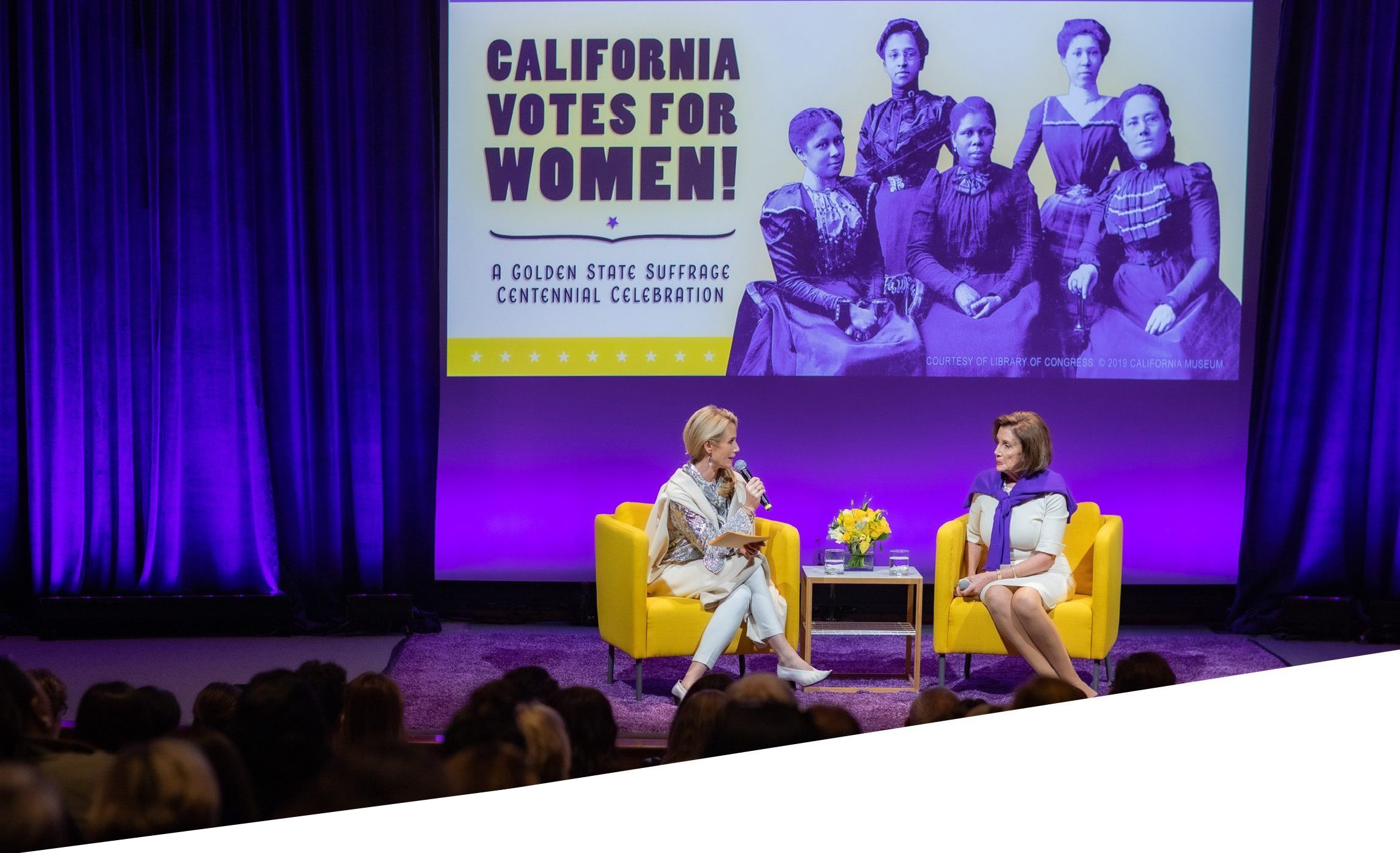 August 26th, 2020 marked a momentous day in United States History: the 100th anniversary of the passage of the 19th amendment, granting women the right to vote. We know that the mission of full equality for all women was far from complete that day, and that women of color had to fight for many more years to gain full access to their constitutional right to vote. And yet, with one final signature, American women were able to give new meaning to our nation’s founding ideals, having achieved a major victory in our march towards a more perfect union.

In 2018, the First Partner was appointed by Speaker Nancy Pelosi to sit on the National Women’s Suffrage Centennial Commission to help develop and oversee our national celebrations of 100 years of women’s right to vote. In honor of the centennial and in partnership with the Commission, the First Partner led a number of initiatives to ensure the remarkable achievements of the suffragists – and all the incredible women who followed – were given their due. Take a look at some of the ways the Office of the First Partner celebrated the centennial:

Fight For Your Right

In partnership with the California Museum, the First Partner developed the “Fight for Your Right” exhibit to honor the brave women who fought for women’s right to vote 100 years ago. This exhibit chronicles the seven decade fight for women’s suffrage with rarely seen artifacts, photos, and more, and highlights not just the suffragists of the 1800’s and 1900’s, but all the women who came after – the women who are still marching, speaking out, and leading today.

In honor of the Centennial of the 19th Amendment, and in partnership with the Women’s Suffrage Centennial Commission and the California Big Cities Mayors Coalition, cities all across the state of California lit their City Halls in suffrage purple and gold to commemorate 100 years of women’s right to vote. Our beautiful State Capitol was lit in suffrage colors to honor the sacrifices of our suffrage sisters and carry their legacy forward. Thank you to the cities of: Anaheim, Bakersfield, Long Beach, Los Angeles, Oakland, Sacramento, San Diego, San Francisco, San Jose and Stockton for joining in this historic moment. 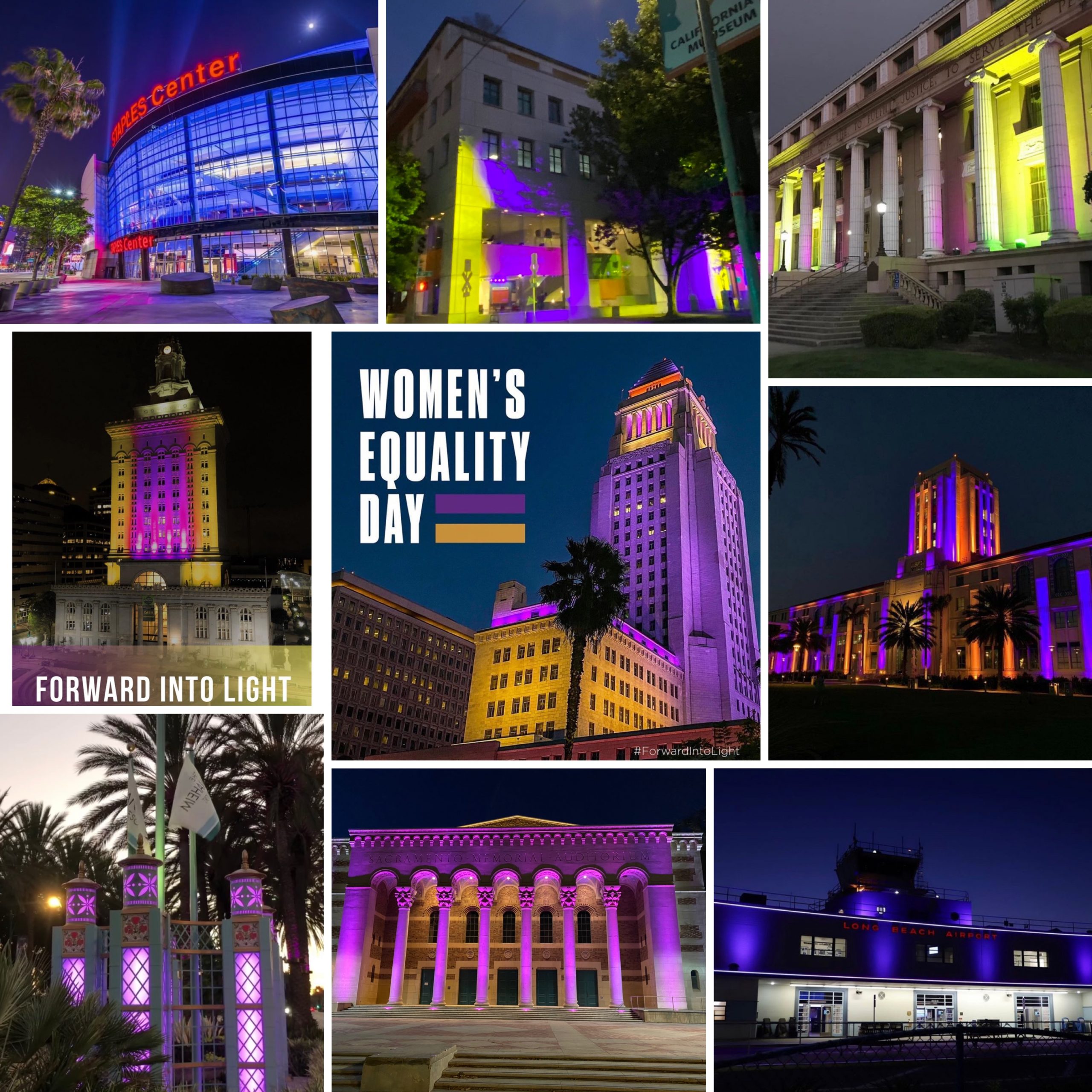 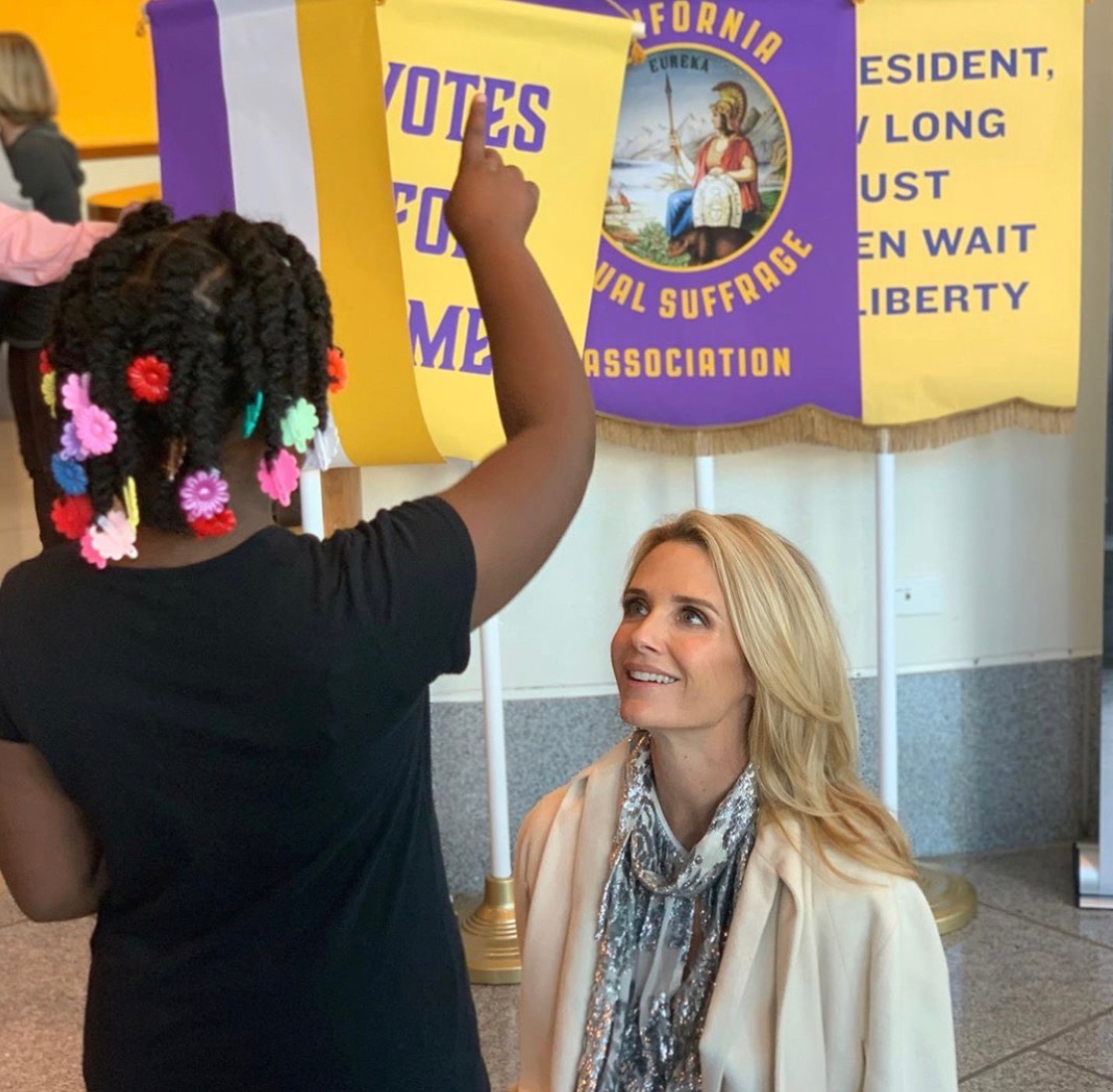 To honor the 100th anniversary of California’s ratification of the 19th Amendment the Office of the First Partner hosted California Votes for Women: A Golden State Suffrage Centennial Celebration at the California Museum. The daylong event featured readings from Ida. B. Wells’ great granddaughter, speaker and educator, Michelle Duster, the National archives’ pop-up exhibit “Rightfully Hers”, and hands-on activities including a community quilt honoring African American suffragists and replica suffragist pennants.

To mark the end of the California Votes for Women Celebration, The First Partner was joined by House Speaker Nancy Pelosi for a fireside chat at the California Museum. They had a wide-ranging discussion on the importance of women’s political power and where we must go to reach true equality in the future. Click the video to watch their conversation and get ready to be inspired!

Check out some of the other ways we celebrated the Centennial! 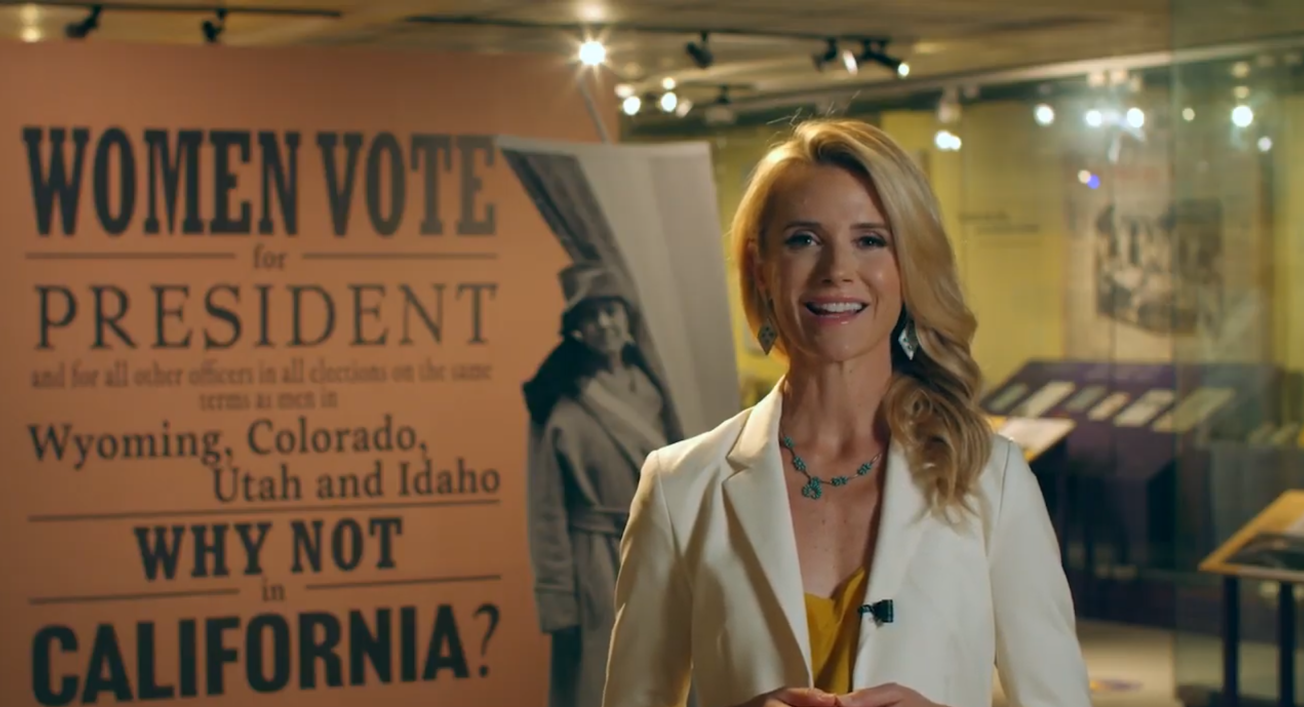 The Governor issued a proclamation declaring Women’s Equality Day in honor of the Suffrage Centennial and the brave women who sacrificed
so much to achieve women’s suffrage.

On the day of the centennial, the First Partner hosted a special celebration in partnership with the California Legislative Women’s Caucus and The Representation Project. The First Partner was joined by the Chair and Vice Chair of the California Legislative Women’s Caucus for a wide-ranging discussion on the importance of women’s leadership and civic participation, followed by a special screening of Miss Representation. 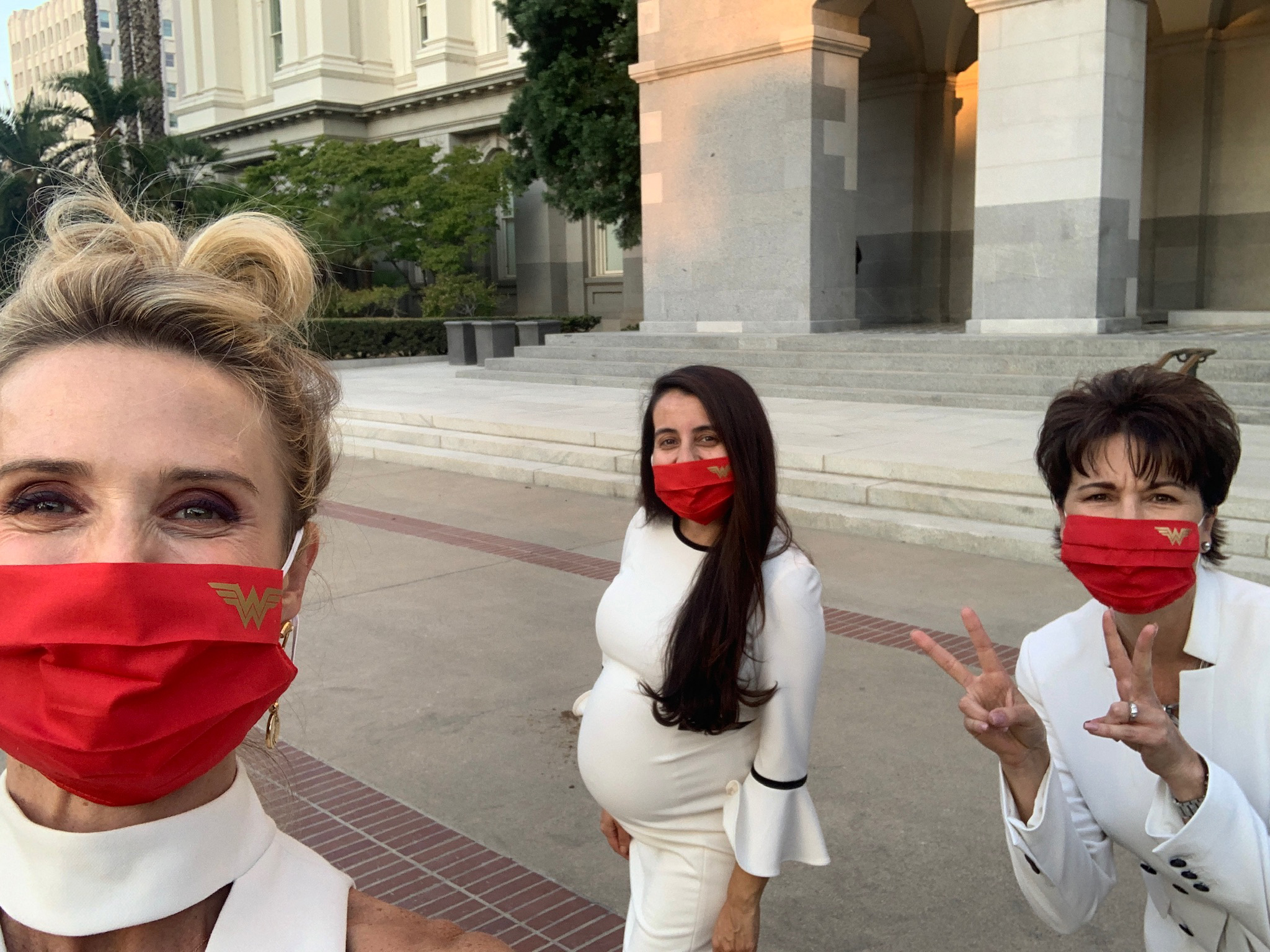 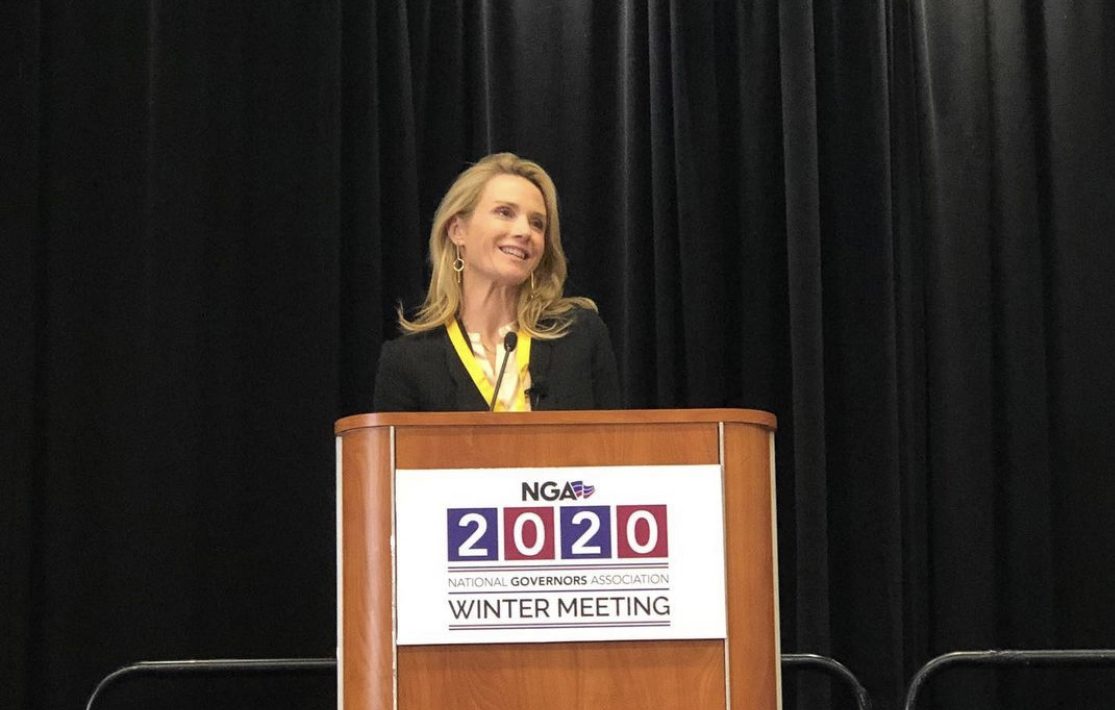 In February of 2019, The First Partner attended the National Governor’s Association Winter Meeting, in partnership with the National Women’s Suffrage Centennial Commission, to present California’s plans to celebrate the Centennial and provide resources on how other states could join in. The First Partner was joined by the First Ladies of Wisconsin, Arkansas, and Tennessee to hear about their plans for the 100th Anniversary of the 19th Amendment.

In honor of Women’s Equality Day, The First Partner joined the California Legislative Women’s Caucus to honor the day that women gained the
right to vote across the US. 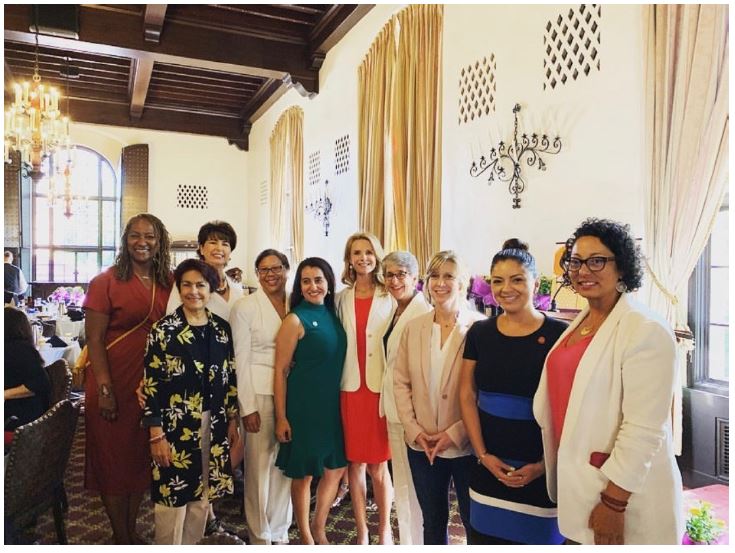