SAN SALVADOR – Governor Gavin Newsom spent the past 72 hours in El Salvador examining the conditions leading tens of thousands of families to flee their homes in Central America. Throughout his visit, the Governor discussed regional challenges and economic opportunities with officials including President of El Salvador President Salvador Sánchez Cerén, President-elect Nayib Bukele and U.S. Ambassador to El Salvador Jean Manes. He spoke directly to individuals impacted by gender violence, impunity and poverty – from women to children to youth seeking 21st century job skills as a way to bypass gang involvement.

“Reading about the humanitarian challenges in Central America is vastly different than seeing them first hand,” said Governor Newsom. “These past few days I heard horrific stories – from women being imprisoned for miscarriages to kids being killed for walking down the wrong street on their way to class. It’s this insecurity and lack of opportunity that is contributing to migration. And rather than support pathways to safety and opportunity for Central American countries, the White House is cutting aid and further fueling a pathway to migration.”

“While the Trump Administration abdicates its responsibility in the region, California punches above its weight class,” added Newsom. “We will be part of a multi-lateral solution.”​

In response, the Governor announced action to bolster immigration relief, through family reunification services and holistic legal representation for immigrants and asylum seekers in California. The Governor also announced his support for H.R. 6, the Dream and Promise Act, which provides an opportunity for permanent status and a pathway to citizenship for Dreamers, Temporary Permanent Status (TPS) holders and Deferred Enforced Departure (DED) recipients. 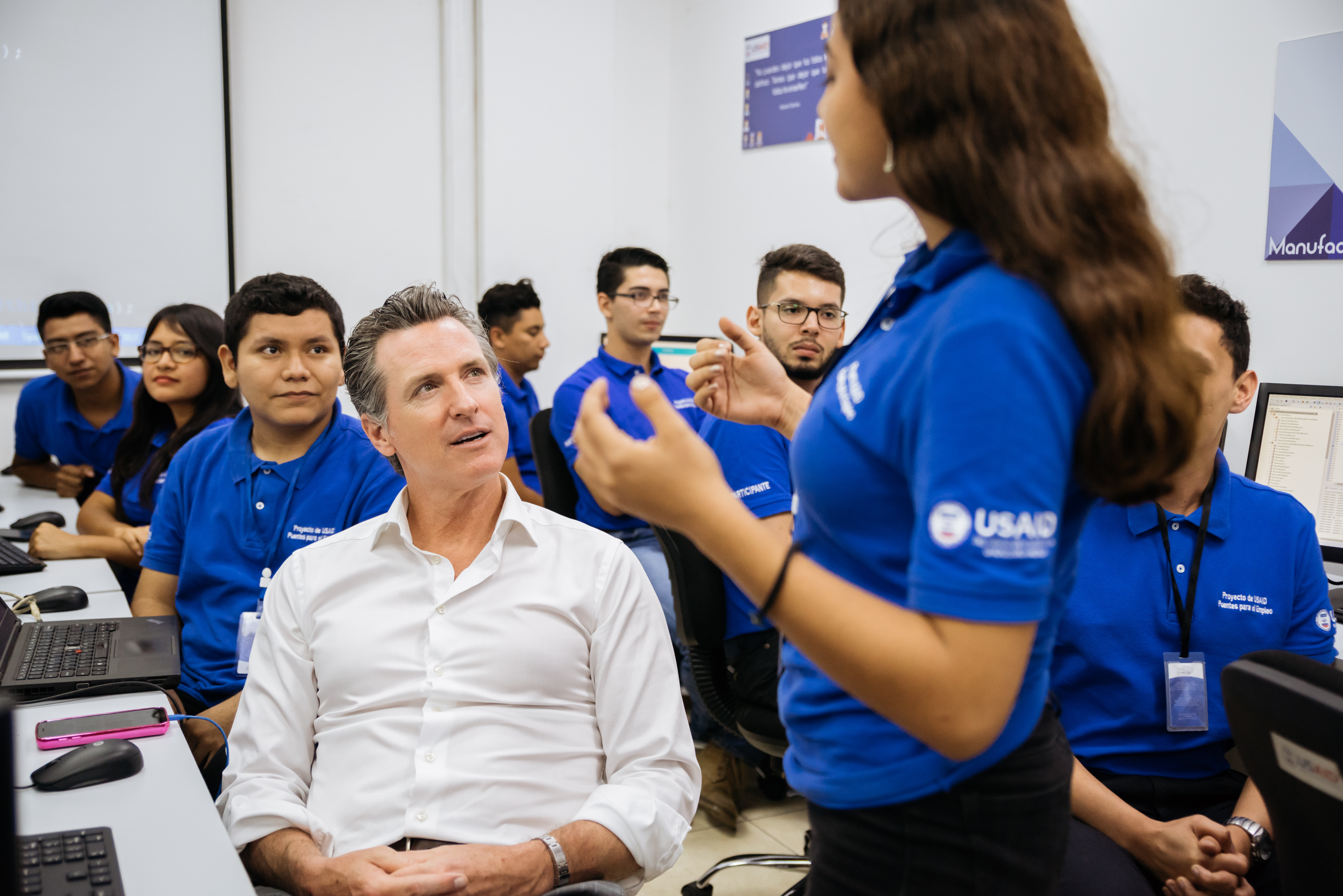 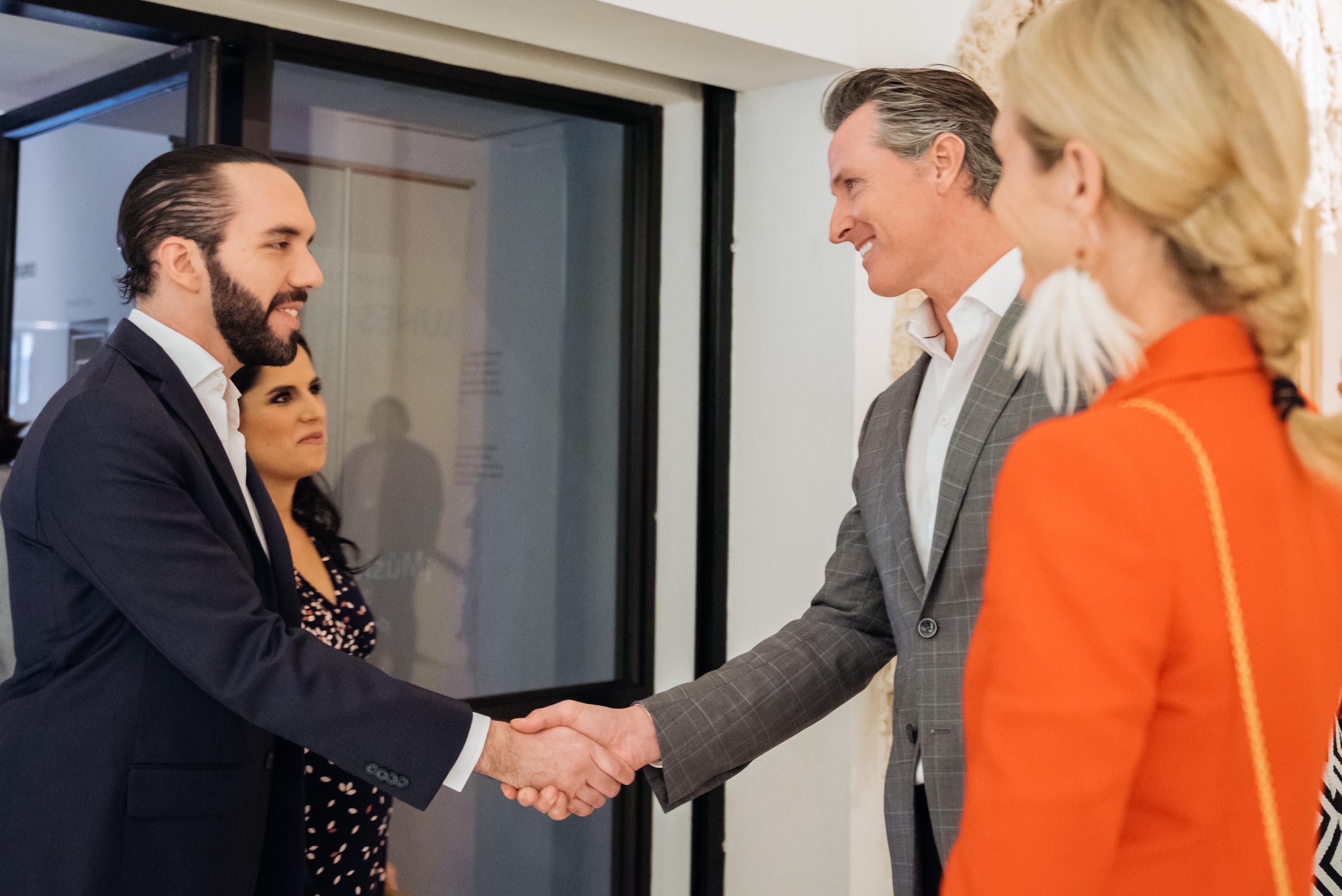 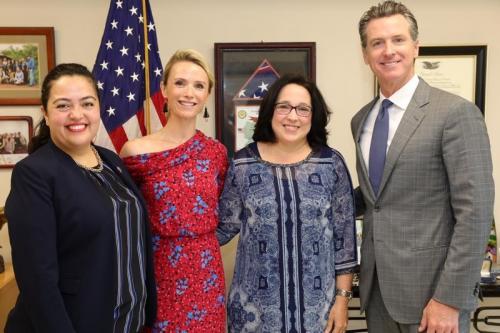 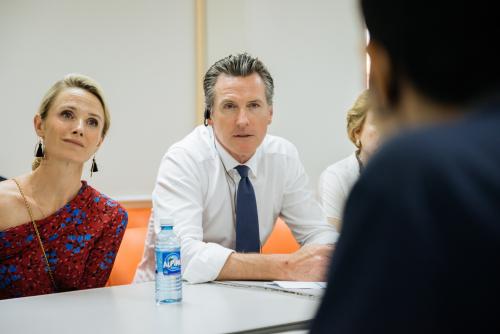 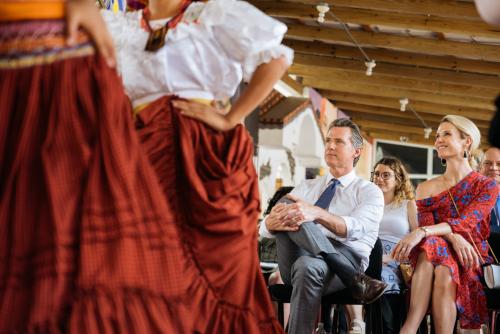 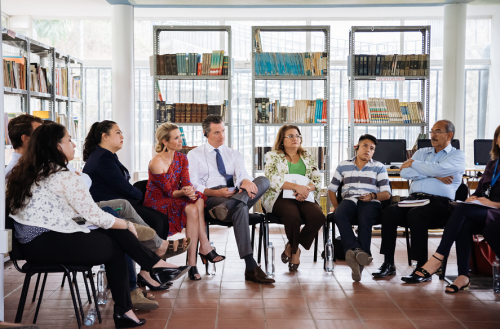 The California Department of Social Services (CDSS) administers grants to qualified nonprofits for the provision of qualified and culturally competent immigration services to low-income immigrant Californians. Assemblymembers Miguel Santiago and Wendy Carrillo advocated for funding in the 2018-19 budget to support children in immigration proceedings and for current or past adult beneficiaries of TPS. The funding was made available for a period of three years with $5 million of this funding already granted to eligible nonprofits. The Governor announced that he will direct the remaining $5 million to be used to support immigrant children and immigrants applying for humanitarian protections in California. This funding will support the post-placement needs of immigrant families in California that have recently reunited with their children or have accepted placement of an unaccompanied child.

This action will also strengthen California’s legal investments for humanitarian supports by funding mental health evaluations and the navigation of humanitarian relief such as special visas for victims of crimes (i.e., U visas, T visas and VAWA).

Supporting The Dream and Promise Act – H.R. 6
California is home to a significant number of Dreamers, TPS holders and DED recipients who, in many cases, have lived in the state for most of their lives. President Trump has taken steps to end Deferred Action for Childhood Arrivals (DACA) and take away TPS and DED protections for individuals covered by those humanitarian programs. H.R. 6, the Dream and Promise Act authored by Rep. Lucille Roybal Allard, provides an opportunity for permanent status and a pathway to citizenship for Dreamers, TPS holders and Deferred Enforced Departure (DED) recipients.

California is home to the largest population of Salvadorans outside of El Salvador – some 680,000. El Salvador’s rate of people driven from their homes due to violence and conflict – 3,600 out of every 100,000 inhabitants – is second only to Syria. In 2016, El Salvador was the second leading country of nationality, next to China, for persons granted defensive asylum in the United States.

In his first weeks in office, Governor Newsom signed AB 72, legislation to fast-track state aid to asylum seekers who are being abandoned at bus stations and on the side of the road by the federal government. It was the first bill he signed into law. AB 72 established a Rapid Response Relief Fund of $5 million in immigration assistance, which helped support the opening of a migrant shelter for families in San Diego.

The Governor was joined in El Salvador by Assemblymember Wendy Carrillo, the only Salvadoran serving in the California Legislature, and First Partner Jennifer Siebel Newsom.