SAN FRANCISCO – Governor Gavin Newsom today joined San Francisco Mayor London Breed and officials from Santa Clara and Alameda counties to announce that the three Bay Area counties, among the largest public purchasers of prescription drugs in California, will partner with the state to use our combined market power to take on drug companies and lower the cost of prescription drugs. Last month, Los Angeles County – the state’s largest local purchaser of drugs – joined in the state’s efforts.

Just moments after being sworn in, Governor Newsom launched a series of first-in-the-nation actions to make health care more affordable for all Californians and to move the state closer toward the goal of health care for all. Those proposals included an executive order to create the nation’s biggest single-purchaser system for drugs and to, ultimately, allow all Californians and private employers to sit together at the bargaining table across from big drug companies when negotiating prescription drug prices.

“Californians are coming together to use their market power and their moral power to demand fairer prices for prescription drugs,” said Governor Newsom. “Now we are able to go to the table with massive capacity to leverage the negotiation, drive down costs, put more money in your pocketbooks and make a difference in peoples’ lives.” 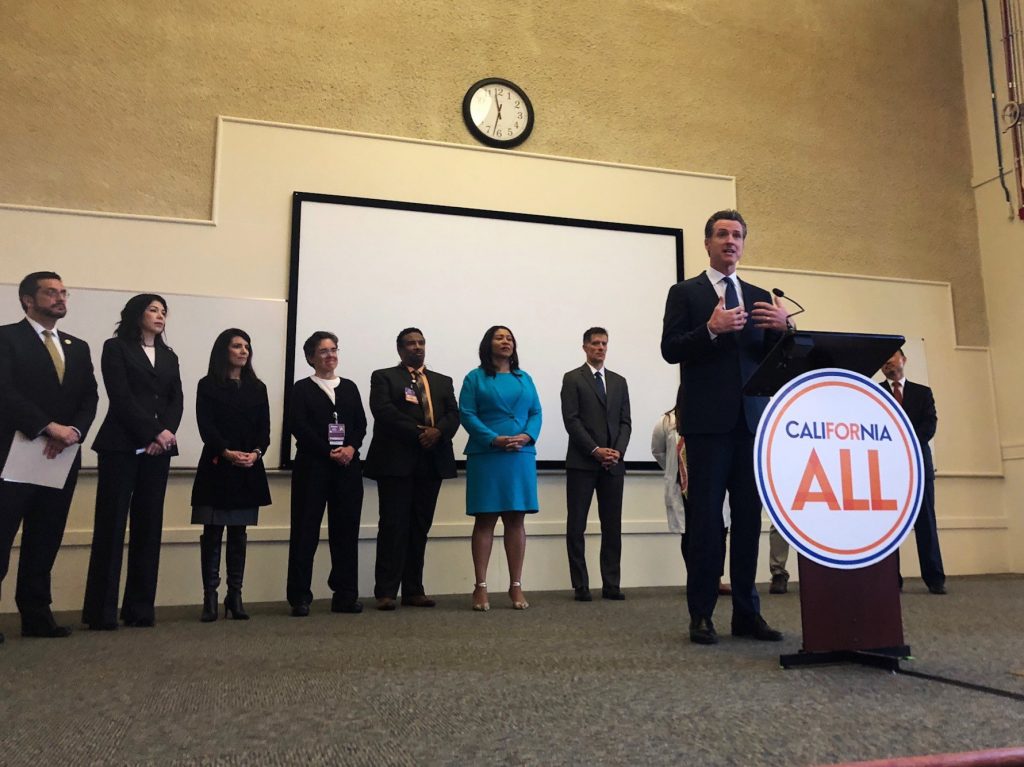 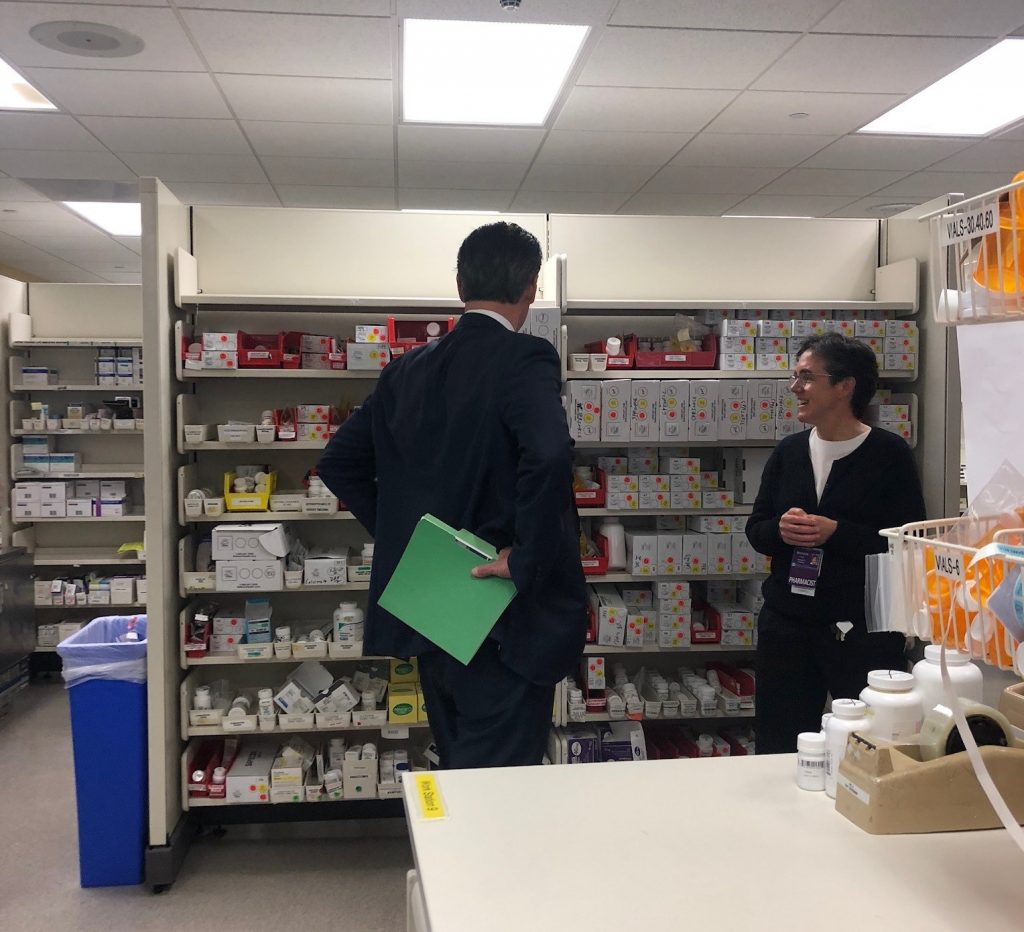 The announcement was part of the Governor’s “California for All” Health Care Tour. A week after he released his revised budget that advances these priorities, Governor Newsom is taking his proposals on the road as part of the statewide tour launched Tuesday in Sacramento. The Governor will travel across the state this week hosting events that highlight how the health care initiatives in his budget proposal would help families meet their health care challenges. Each event will focus on one of the proposals in Governor Newsom’s health care package and the tour will host events in San Francisco, San Diego, Los Angeles and Sacramento.

“In San Francisco and across the nation, high-cost prescription medications often force people to choose between seeking life-saving treatment and putting food on the table for their families,” said San Francisco Mayor Breed. “By opting in to Governor Newsom’s prescription drug single-purchaser system, San Francisco and other counties across California will bring down the costs of these medications and increase access to health care for our residents.”

“Alameda County is pleased to stand with Governor Newsom to leverage the collective bargaining power of the State and its counties to lower the cost of prescription drugs for all Californians,” said Alameda County Health Care Services Agency Director Colleen Chawla.

“Public health systems play an especially important and unique role in delivering care, services and treatment to the patients we serve, especially the uninsured and the underinsured. We are a safety-net health care system that is proud to offer top-notch care to all who need it. But to do that, we need to explore all opportunities to reduce costs whenever possible so that our limited resources can be better spent to help the homeless, the mentally ill and other vulnerable members of our community,” said Santa Clara County Executive Dr. Jeffrey V. Smith, M.D., J.D.

Recent data shows that health care and prescription drugs are chief among those concerns for California families. Those buying on the individual market will see an average 9 percent rise in health care costs this year, according to Covered California. American families have seen their prescription drug costs nearly double since the year 2000, according to the Kaiser Family Foundation and prescription drug pricing is one of the largest drivers of rising health care costs. In January, a Reuters report found 30 drug manufacturers that did business with the State of California planned to raise their prices in January.

The Washington Post editorial board wrote Governor Newsom’s proposals “would make his state a leader in resisting Republican efforts to unravel the Affordable Care Act,” noting that “Mr. Newsom’s plan is a promising reform that other states – and, if Congress and the president ever come to their senses, the federal government – should consider.” Closer to home, the East Bay Times and San Jose Mercury News editorial board called the Governor’s health care proposals “a solid step toward lowering costs, improving health outcomes and moving the state closer to universal coverage.”