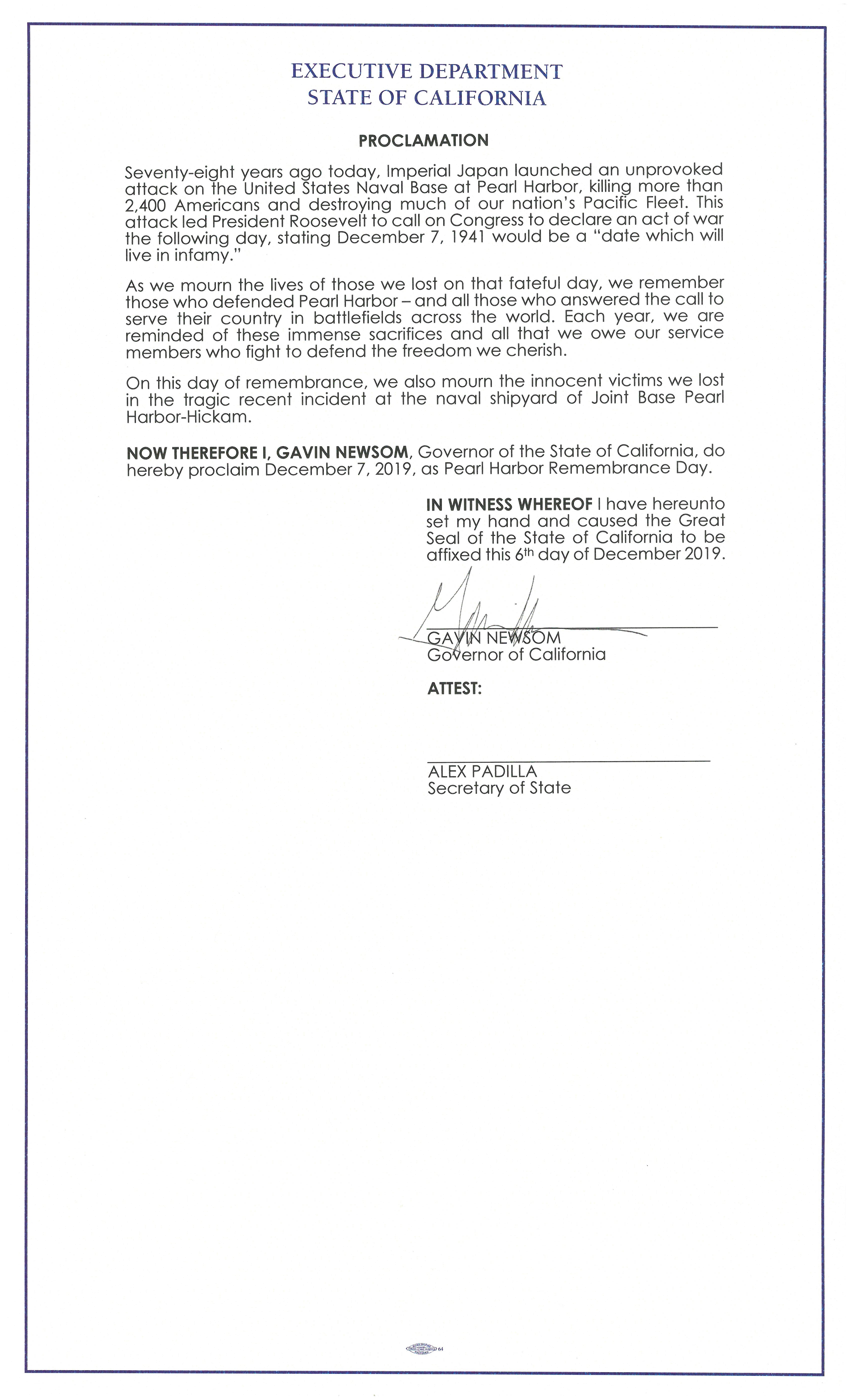 Seventy-eight years ago today, Imperial Japan launched an unprovoked attack on the United States Naval Base at Pearl Harbor, killing more than 2,400 Americans and destroying much of our nation’s Pacific Fleet. This attack led President Roosevelt to call on Congress to declare an act of war the following day, stating December 7, 1941 would be a “date which will live in infamy.”

As we mourn the lives of those we lost on that fateful day, we remember those who defended Pearl Harbor – and all those who answered the call to serve their country in battlefields across the world. Each year, we are reminded of these immense sacrifices and all that we owe our service members who fight to defend the freedom we cherish.

On this day of remembrance, we also mourn the innocent victims we lost in the tragic recent incident at the naval shipyard of Joint Base Pearl Harbor-Hickam.

NOW THEREFORE I, GAVIN NEWSOM, Governor of the State of California, do hereby proclaim December 7, 2019, as Pearl Harbor Remembrance Day.

IN WITNESS WHEREOF I have hereunto set my hand and caused the Great Seal of the State of California to be affixed this 6th day of December 2019.