Governor will continue his tour throughout the week with stops in the Inland Empire, Los Angeles County, Central Valley and the Bay Area

GRASS VALLEY – Governor Gavin Newsom kicked off a weeklong homelessness tour in Grass Valley today to highlight the state’s comprehensive response to the homelessness crisis, meet with individuals experiencing homelessness and hear from the providers on the ground who work to house and assist these individuals daily.

“Homelessness isn’t just a concern in our cities – it’s a suburban issue and a rural issue, too. No Californian can say that homelessness is someone else’s problem,” said Governor Newsom. “Every corner of our state has too many people living on the streets. And the crisis puts stress on public resources, from emergency rooms to jails to public works departments. It takes an unprecedented level of partnership between local, state, and federal government.”

The Governor was joined by Assemblymember Megan Dahle (R-Bieber), Grass Valley Mayor Lisa Swarthout, and county and city service providers. The HOME project has engaged 139 people since it was launched last year. Nevada County stands to receive $1 million from the $650 million in emergency aid made available through the state budget last year. 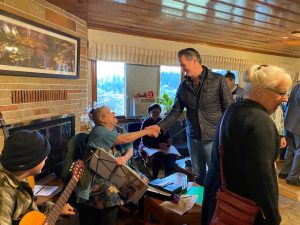 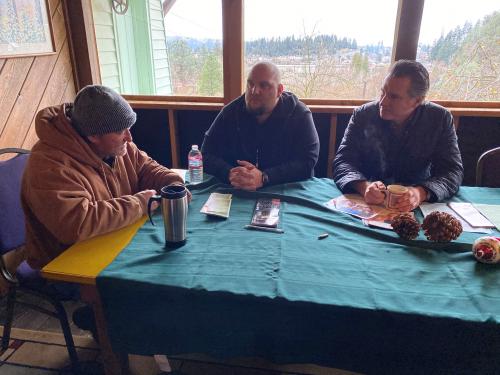 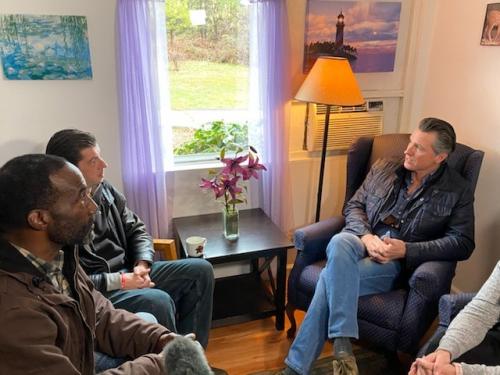 In his State Budget proposal released Friday, the Governor formally announced more than $1 billion in homeless response funding, including $750 million for this new Access to Housing and Services Fund, and a major new investment to reform Medi-Cal so that health providers transform health care to deliver integrated physical and behavioral health.

Governor Newsom has also released the full $650 million in State Emergency Homeless Aid and issued a challenge for cities and counties to partner with the state on immediate impact solutions to tackle homelessness.

The Governor will continue his tour throughout the week with stops in the Inland Empire, Los Angeles County, Central Valley and the Bay Area.