Governor concludes statewide homelessness tour in Oakland, showcasing 15 travel trailers and a medical services tent as examples of the resources the state will be deploying across California

Tour comes on the heels of the Governor’s proposed budget, featuring more than $1 billion to fight homelessness, and an executive order accelerating state action

Of last year’s $650 million in homeless emergency aid, the City of Oakland will receive $19.7 million, and Alameda County will receive $8.8 million

OAKLAND – After traveling the state this week meeting with individuals experiencing homelessness, service providers and local officials on the front lines of the crisis, Governor Gavin Newsom concluded his homelessness tour today in Oakland, where he previewed the state’s accelerated emergency actions to fight homelessness. Standing alongside local and state leaders and top administration officials, the Governor highlighted the first in a series of state-local partnerships to deploy travel trailers and medical services across California to assist individuals experiencing homelessness.

“In every community I visited this week across the state, it’s clear that to be effective in tackling homelessness, we need partnership and collaboration across all levels of government and communities,” said Governor Newsom. “In cities big and small, rural and urban, coastal and inland, I met with legislators and local leaders from both parties who agree this isn’t a partisan issue. Solving homelessness matters to every Californian. That’s why we’re stepping up like never before and deploying resources across the state to help address this crisis head-on.”

Fifteen travel trailers and a medical services tent were delivered to a vacant city-owned lot in Oakland near the Oakland-Alameda Coliseum to showcase an example of the resources the state will be deploying to communities across California as part of the Governor’s executive order on homelessness, demonstrating state-local partnerships. The Governor has directed the Department of General Services to supply 100 camp trailers from the state fleet, and the Emergency Medical Services Authority to deploy modular tent structures, to provide temporary housing and delivery of health and social services across the state. These trailers will be made available to local partners to operate where certain criteria are met. 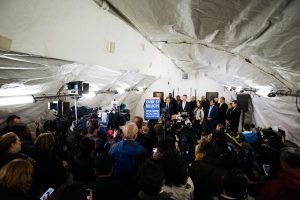 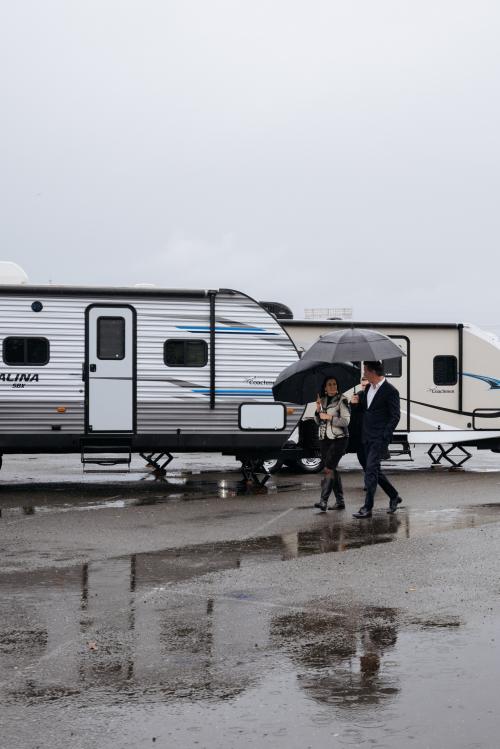 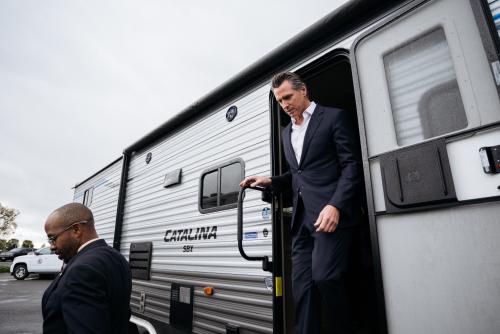 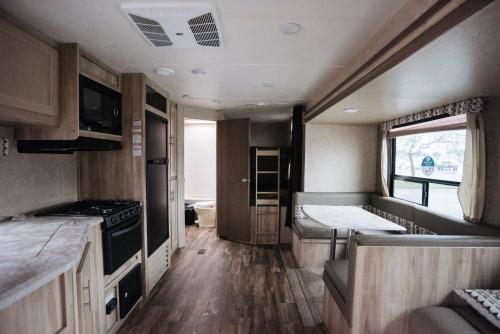 The Governor has released the full $650 million in State Emergency Homeless Aid – of which the City of Oakland will receive $19.7 million and the County of Alameda will receive $8.8 million – and issued a challenge for cities and counties to partner with the state on immediate impact solutions to tackle homelessness.

“Today shows us that a strong partner in Sacramento helps us move quickly in Oakland. Renovated trailers will not solve our crisis overnight but they will provide more safety, services, and critical care for our families right now,” said Oakland Mayor Libby Schaaf. “We will continue to work on fixing the systemic causes of homelessness and thank Governor Newsom for his partnership and leadership during this crisis.”

Governor Newsom today announced the launch of a new tool developed by California Volunteers to help everyday Californians meet the Governor’s challenge to do more to help people off the streets and into housing and services. As part of this effort, California Volunteers has developed a new webpage that lists volunteer opportunities with organizations that serve individuals experiencing homelessness.

The Governor kicked off the tour on Monday in Grass Valley, where he visited two homeless service providers and shelters, and county and city service providers. On Tuesday, the Governor visited Riverside and Los Angeles, first to emergency shelter and the Riverside Access Center, which provides access to a wide range of services under one roof, including homeless street outreach, housing placement, employment development, and homeless prevention resources. Later in Los Angeles, he visited staff and residents at a board and care home. Yesterday, the Governor was in Fresno visiting Exodus Recovery, Inc., which offers mental health services year-round to youth and adults experiencing a mental health crisis.

In his State Budget proposal released Friday, Jan. 10, Governor Newsom formally announced more than $1 billion in homeless response funding, including $750 million for this new Access to Housing and Services Fund, and a major new investment to reform Medi-Cal so that health providers transform health care to deliver integrated physical and behavioral health.