Today, all of the projects are working fuel breaks – with 34 of 35 projects 100 percent complete

SACRAMENTO – In a key step toward protecting California’s most wildfire-vulnerable communities, Governor Gavin Newsom today announced the California Department of Forestry and Fire Protection (CAL FIRE) has completed work on 34 of 35 emergency projects identified last year to help reduce public safety risk in 200 communities at high risk of wildfires. All of the 35 projects are now working fuel breaks in case of wildfire, with the final project scheduled for completion this spring. Two of the projects successfully protected Santa Barbara residents during the wind-driven Cave Fire before Thanksgiving. 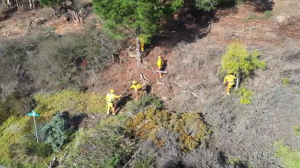 Footage of a crew at work on an emergency project.

Recognizing the need for urgent action in the wake of the Camp Fire, the Woolsey Fire and the Carr Fire, among the most destructive and deadliest wildfires in state history, Governor Gavin Newsom issued an Emergency Proclamation in March 2019 that directed CAL FIRE to immediately implement projects and other measures to protect wildfire-vulnerable communities.

CAL FIRE, National Guard, and California Conservation Corps crews worked together at an emergency pace to complete what are typically multi-year projects in less than one year.

“California isn’t just waiting around for next fire season. We are acting quickly – with emergency pace – to protect communities most at risk and save lives before the wildfire starts,” said Governor Newsom. “The unprecedented scale of the crisis requires an unprecedented response. These projects are part of California’s all-of-the-above and all-hands-on-deck approach to preventing and fighting wildfires.” 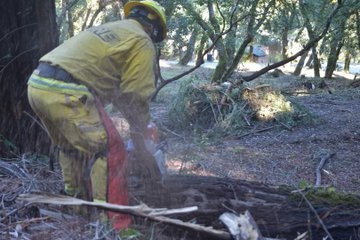 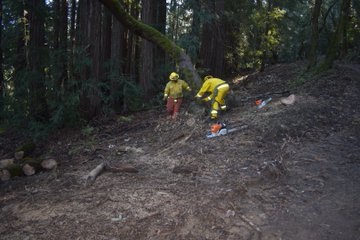 Additionally, in November 2019, two of these emergency fuel breaks were used to protect Santa Barbara residents during the wind-driven Cave Fire, resulting in no lives or structures lost.

In addition, several longer-term actions are underway to systematically address community vulnerability and fuels buildup. Steps are being taken to build on current home-hardening activities, including educating the public and promoting use of CAL FIRE’s Ready for Wildfire web app to identify defensible space and home-hardening techniques residents can take.

The Governor’s proposed 2020-2021 state budget reflects the urgency of the wildfire crisis and the state’s continued commitment to scaling solutions. The budget includes:

A list of the 35 projects can be found here.