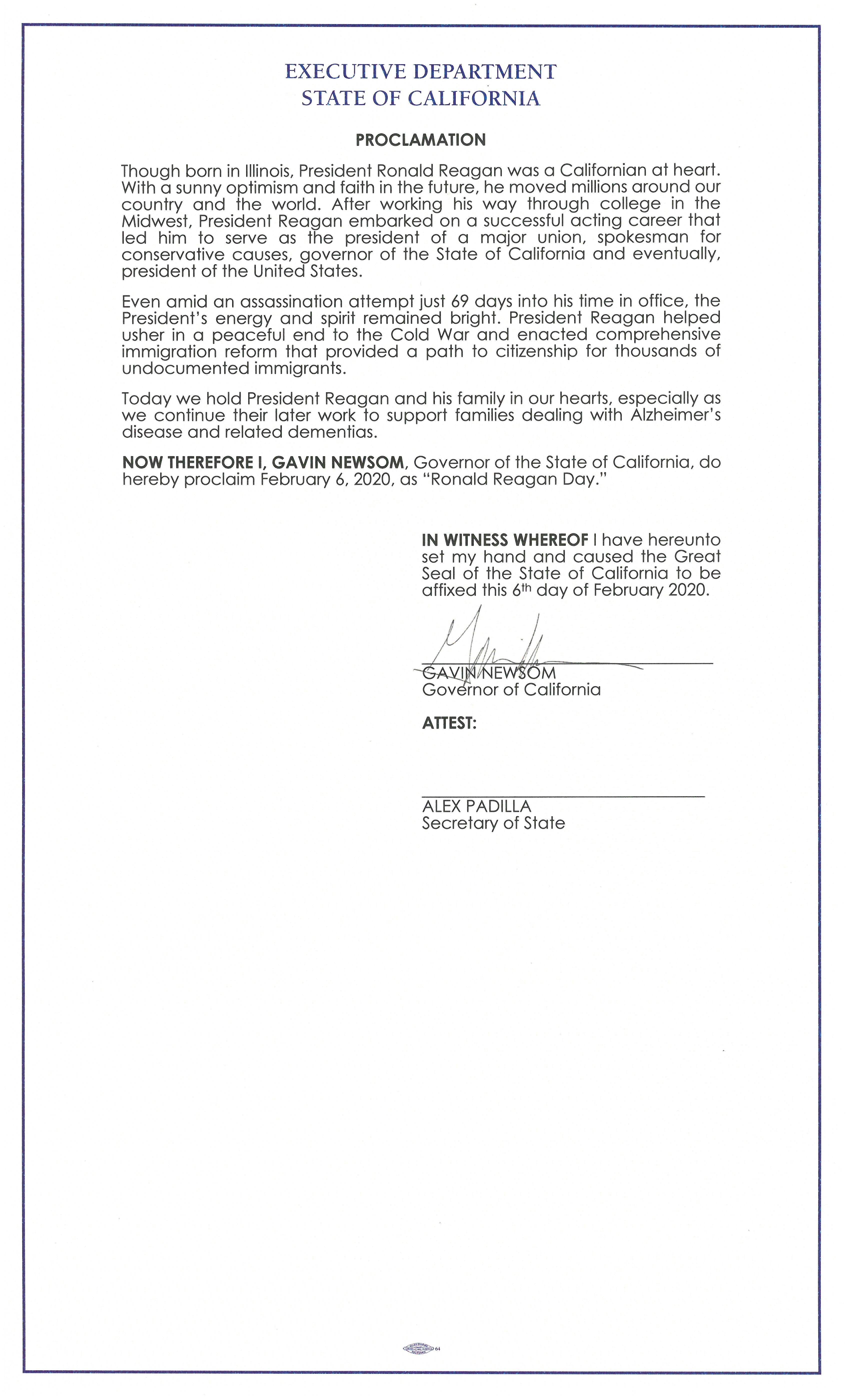 Though born in Illinois, President Ronald Reagan was a Californian at heart. With a sunny optimism and faith in the future, he moved millions around our country and the world. After working his way through college in the Midwest, President Reagan embarked on a successful acting career that led him to serve as the president of a major union, spokesman for conservative causes, governor of the State of California and eventually, president of the United States.

Even amid an assassination attempt just 69 days into his time in office, the President’s energy and spirit remained bright. President Reagan helped usher in a peaceful end to the Cold War and enacted comprehensive immigration reform that provided a path to citizenship for thousands of undocumented immigrants.

Today we hold President Reagan and his family in our hearts, especially as we continue their later work to support families dealing with Alzheimer’s disease and related dementias.

NOW THEREFORE I, GAVIN NEWSOM, Governor of the State of California, do hereby proclaim February 6, 2020, as “Ronald Reagan Day.”

IN WITNESS WHEREOF I have hereunto set my hand and caused the Great Seal of the State of California to be affixed this 6th day of February 2020.