SACRAMENTO – Governor Gavin Newsom today issued a proclamation declaring February 19, 2020, as A Day of Remembrance: Japanese American Evacuation in the State of California. 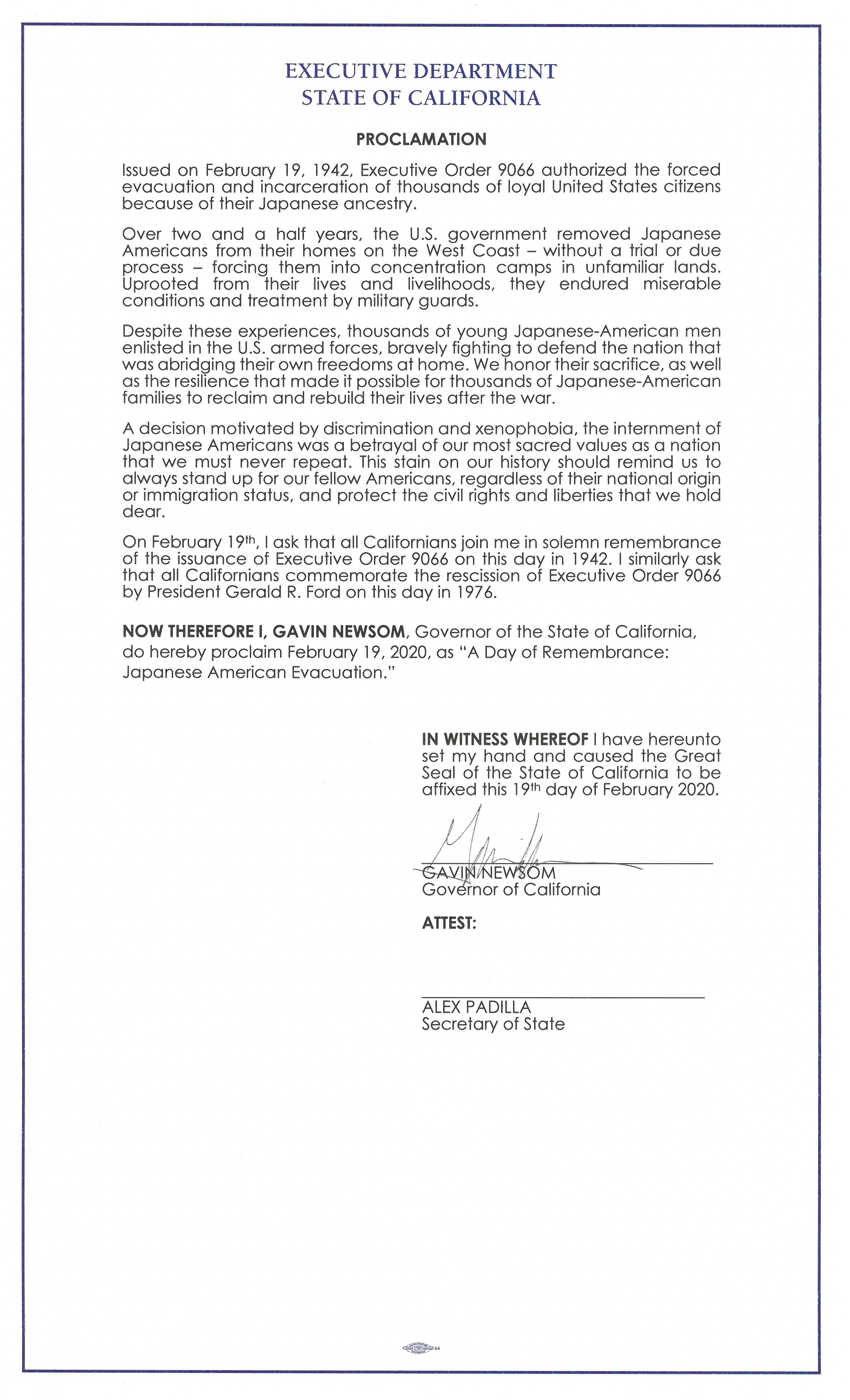 Issued on February 19, 1942, Executive Order 9066 authorized the forced evacuation and incarceration of thousands of loyal United States citizens because of their Japanese ancestry.

Over two and a half years, the U.S. government removed Japanese Americans from their homes on the West Coast – without a trial or due process – forcing them into concentration camps in unfamiliar lands. Uprooted from their lives and livelihoods, they endured miserable conditions and treatment by military guards.

Despite these experiences, thousands of young Japanese-American men enlisted in the U.S. armed forces, bravely fighting to defend the nation that was abridging their own freedoms at home. We honor their sacrifice, as well as the resilience that made it possible for thousands of Japanese-American families to reclaim and rebuild their lives after the war.

A decision motivated by discrimination and xenophobia, the internment of Japanese Americans was a betrayal of our most sacred values as a nation that we must never repeat. This stain on our history should remind us to always stand up for our fellow Americans, regardless of their national origin or immigration status, and protect the civil rights and liberties that we hold dear.

NOW THEREFORE I, GAVIN NEWSOM, Governor of the State of California, do hereby proclaim February 19, 2020, as “A Day of Remembrance: Japanese American Evacuation.”

IN WITNESS WHEREOF I have hereunto set my hand and caused the Great Seal of the State of California to be affixed this 19th day of February 2020.