“Perhaps nowhere is the threat of wildfires caused by climate change more evident than here in Fresno County, where the state’s tree mortality caused by drought stress is greatest. Fuel breaks, like the one we toured today, play a key role because they can disrupt fire behavior, slow progression and provide crews with a place to take a stand against the fire,” said Governor Newsom. “This year, we are budgeting more than $1 billion, with more than $500 million in early action spending for fire prevention including fuel breaks, forest health and home hardening to help protect Californians from catastrophic wildfires.” 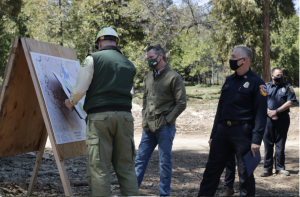 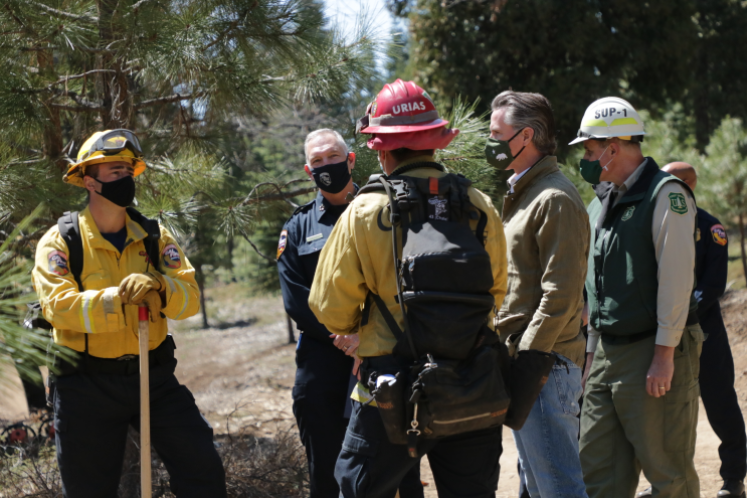 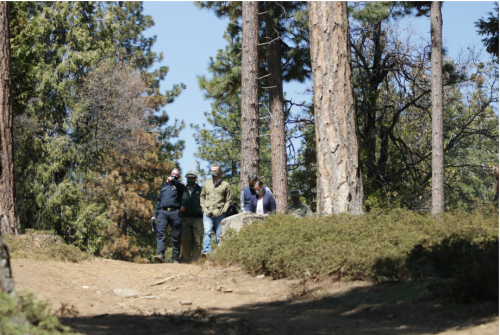 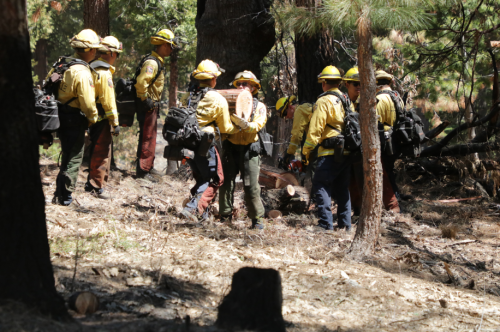 The fuel break near the Fresno County community of Shaver Lake protected a subdivision and was one of five projects in the area that contributed to fire suppression efforts during the Creek Fire, which ignited September 4 and burned nearly 380,000 acres. These fuel breaks were vital in disrupting fire behavior and slowing fire progression which, as designed, allowed firefighters time for additional preparation around communities and fire suppression. The five projects were a result of the Governor’s executive action in 2019 to accelerate fuels management on the 35 highest priority projects to protect over 200 of California’s most wildfire-vulnerable communities. All five projects were undertaken in areas with 80-90 percent tree mortality (beetle kill) caused by drought stress. Fueled by drought-stressed fuels, the Creek Fire’s spread was omnidirectional, resulting in both the fourth largest wildfire and largest single source wildfire in California’s recorded history.

Following the tour of the Shaver South Fuel Break project, Governor Newsom announced that he is expanding and refocusing the Forest Management Task Force to deliver on the key commitments in the Wildfire and Forest Resilience Action Plan issued in January, including the $1 billion in investments.

“This relaunch of the Task Force recognizes the growing importance of strong partnerships among state, federal, local and tribal leaders to improve the health of our forests and the safety of our communities,” Governor Newsom said. “Since our landscapes at risk of wildfire cross multiple ownerships and jurisdictions, we need a collaborative effort to address the state’s forest health crisis. I am honored that this distinguished group of federal, local and tribal leaders have agreed to join us to build upon our collective effort in developing the Action Plan.”

The Governor also appointed Patrick Wright, 59, of Grass Valley, to serve as Director of the Wildfire and Forest Resilience Task Force. Wright is Director of the Tahoe Conservancy and has been serving as Acting Director of the Forest Management Task Force. He earlier served as Executive Director of the California Bay-Delta Authority, Deputy Secretary for Policy Development at the Natural Resources Agency and Senior Policy Advisor to the Regional Administrator of the U.S. Environmental Protection Agency.

The Wildfire and Forest Resilience Action Plan builds on significant progress to date by the Newsom Administration and the Legislature to tackle California’s forest health and wildfire crisis, more information can be found here.