Emergency declaration expanded to nine additional counties, bringing total to 50 counties across the state now under a drought state of emergency

SAN LUIS OBISPO COUNTY – Amid intensifying drought and record-breaking temperatures across the Western United States, Governor Gavin Newsom today added nine counties to the regional drought state of emergency and called on Californians to voluntarily reduce their water use by 15 percent with simple measures to protect water reserves if drought conditions continue and to help maintain critical flows for fish and wildlife wherever possible.

“The realities of climate change are nowhere more apparent than in the increasingly frequent and severe drought challenges we face in the West and their devastating impacts on our communities, businesses and ecosystems,” said Governor Newsom. “The entire state is in a drought today, and to meet this urgent challenge we must all pull together and do our part to reduce water use as California continues to build a more climate resilient water system to safeguard the future of our state. We’re proud of the tremendous strides made to use water more efficiently and reduce water waste, but we can all find opportunities this summer to keep more water in reserve as this drought could stretch into next year and beyond.”

The Governor today signed an Executive Order calling on all Californians to voluntarily reduce their water use by 15 percent compared to 2020 levels through simple actions such as reducing landscape irrigation, running dishwashers and washing machines only when full, finding and fixing leaks, installing water-efficient showerheads and taking shorter showers. These voluntary efforts complement specific local conservation mandates already in place in some communities experiencing acute water shortage conditions this summer.

State officials estimate an additional 15 percent voluntary reduction by urban water users from 2020 levels could save as much as 850,000 acre-feet of water over the next year for future use, or enough to supply more than 1.7 million households for a year. 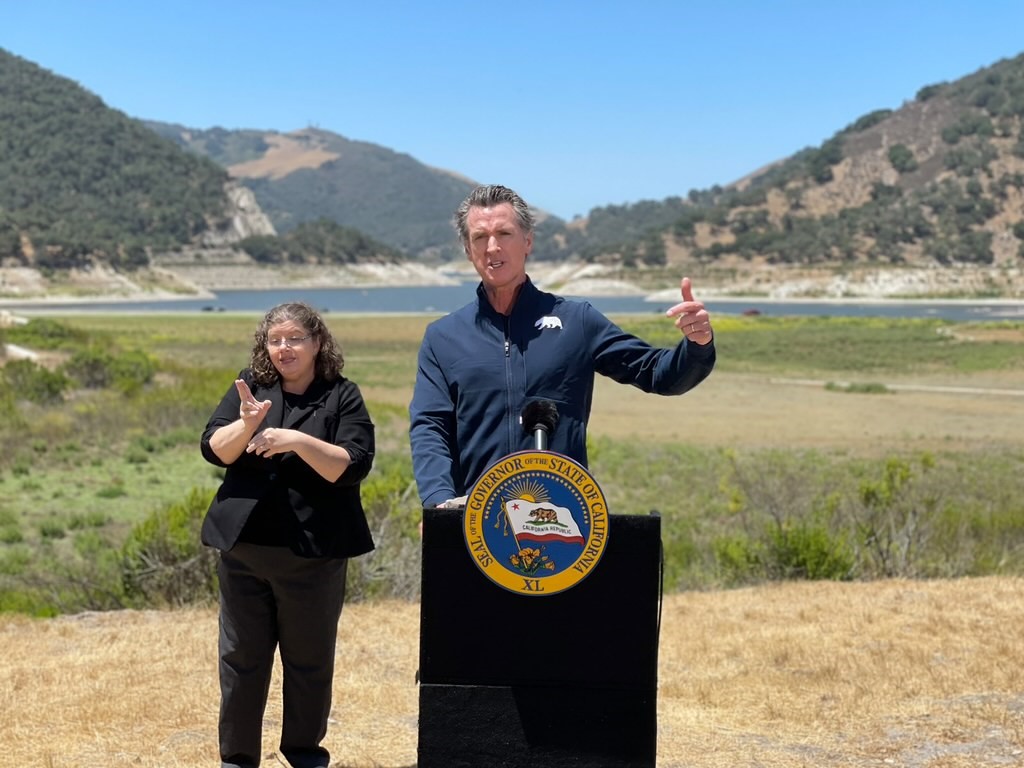 The State Water Resources Control Board and the Department of Water Resources will monitor progress on voluntary conservation, reservoir storage, soil moisture and other metrics in the coming months to determine whether additional drought response actions are needed.

To help Californians take simple action to reduce water use by 15 percent, state agencies are partnering with local water suppliers to promote conservation tips through the Save Our Water campaign. The campaign and website were critical resources for Californians during the 2012-2016 drought and remain a trusted information source on using water wisely.

During the 2012-2016 drought, Californians responded to the call to conserve, with many taking permanent actions that continue to yield benefits. Statewide per capita residential water use declined 21 percent between the years 2013 and 2016 and today, the urban sector is using approximately 16 percent less on average statewide than in 2013. Building California’s drought and climate resilience, local water suppliers and communities are also bolstering their drought planning and making forward-looking investments in water recycling, stormwater capture and reuse, groundwater storage and other strategies. Agricultural water users have made significant investments in irrigation efficiencies since the last drought. Despite those efforts, many agricultural producers are experiencing severe reductions in water supplies this year and are fallowing land in response.

While drought conditions exist across the state, the counties covered by the proclamations are experiencing severe impacts and are likely to benefit from these emergency actions. Following the initial emergency proclamation issued in April for the hardest-hit counties, and its expansion in May, today’s executive action brings a total of 50 of the state’s 58 counties under the drought state of emergency. The Governor has also directed state agencies to take further actions to preserve critical water supplies, address drought impacts and protect people, natural resources and economic activity.

The Governor in May proposed $5.1 billion in water resiliency investments over four years to bolster the state’s emergency drought response, build regional capacity to endure drought and safeguard water supplies for communities, the economy and the environment. The Administration is working with the Legislature to finalize budget investments that will address drinking water challenges in small and disadvantaged communities, support Sustainable Groundwater Management Act implementation and multi-benefit land repurposing and fund projects that improve ecosystem health for native fish and other wildlife, among other priorities.

Actions by the Administration to address drought to date include:

Learn more about current conditions, the state’s response and informational resources available to the public at the state’s new drought preparedness website.