Two strike teams consisting of Type 3 and Type 6 engines from Fremont, Oakland, Hayward, Alameda County, South San Francisco, San Bruno, the Central Fire District, San Mateo and Kentfield are providing assistance on the ground in Klamath County, Oregon. All agencies mobilized to Oregon on July 8 and will be actively supporting the incident today. Type 3 and Type 6 engines are the most-used engines for wildland urban interface fires and are known for their off-road and maneuverability capabilities. 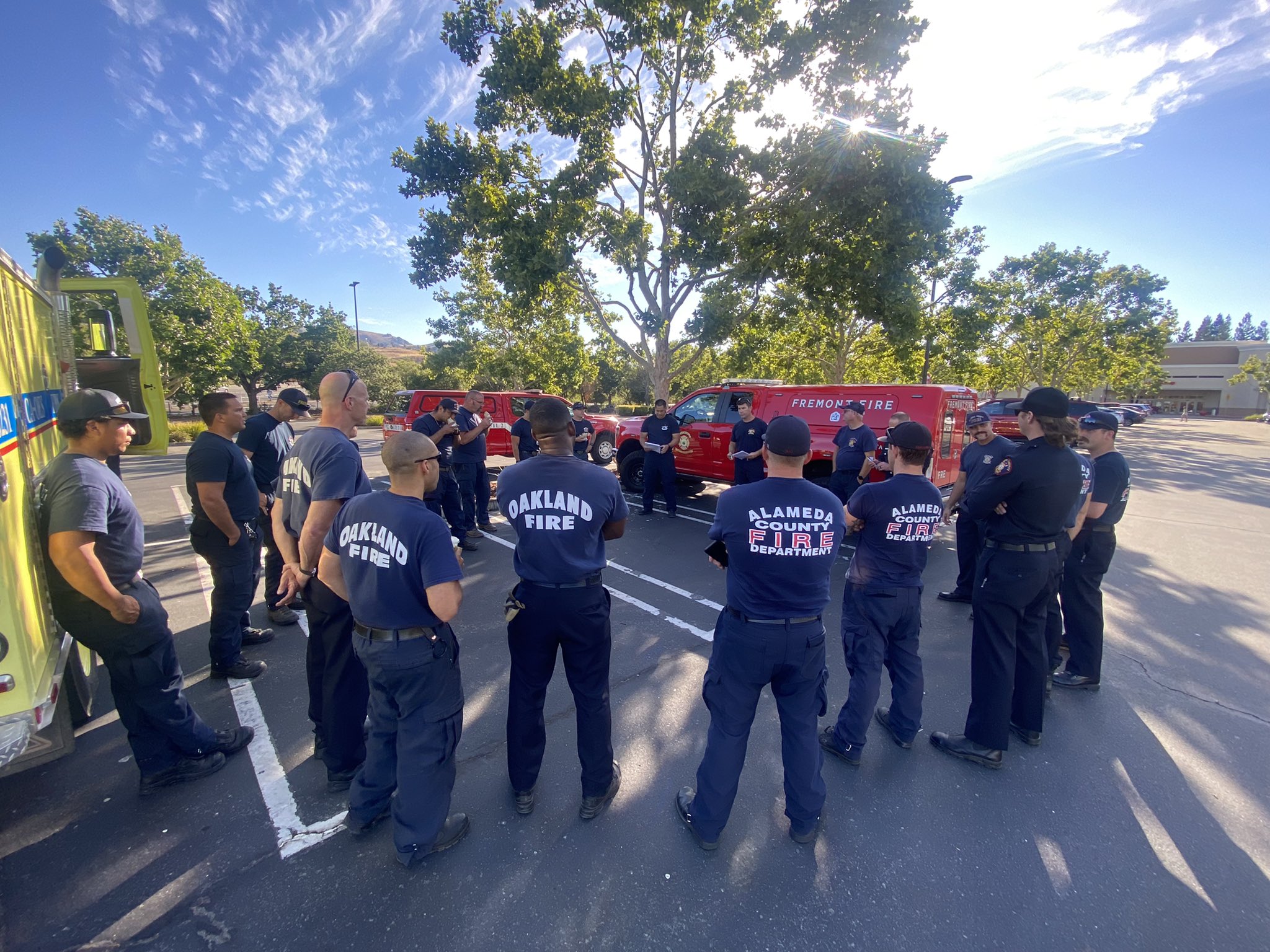 As of July 9, the Bootleg Fire has burned more than 38,000 acres, doubling the amount from the previous day, in the Fremont-Winema National Forest and private lands near the town of Sprague River. Cal OES continues to monitor operations in Oregon and requests for additional EMAC assistance. Oregon has offered firefighting resources and assets to California over the years on numerous wildfires through the compact.

EMAC, which includes the participation of all 50 states, the District of Columbia, Puerto Rico, Guam and the U.S. Virgin Islands, is a nationally recognized mutual-aid system that provides the foundation for states to request and send resources across their borders when impacted by a disaster.

California has regularly offered support to assist in response and recovery for disasters throughout the United States and internationally through EMAC requests. Since 1992, California-based State-National Urban Search and Rescue Task Forces have been deployed to a long list of other state, national and even international disasters including 2017’s Hurricanes Harvey, Irma and Maria, 1992 Hurricane Iniki (Hawaii), the 1995 Oklahoma City Bombing, 2005’s Hurricane Katrina, the 9/11 terrorist attacks, the 2011 Japan earthquake and tsunami, the 2017 Mexico City earthquake and the 2015 Nepal Earthquake.

Click here for the latest updates on the Oregon wildfires. For more information on the Emergency Management Assistance Compact, follow this link.