“California joins the nation in mourning the tragic loss of 13 U.S. service members, including those from California, and many other innocent victims in this heinous attack.

“Our heroic troops gave their lives to protect others amid harrowing and dangerous conditions, and we will never forget their bravery and selfless sacrifice in service to our nation.

“Jennifer and I send our deepest condolences to all the families grieving the loss of loved ones and offer our best wishes for the recovery of the service members who were injured. We stand with the Afghan American community during this difficult time.”

The Governor has ordered flags at all state buildings to be flown at half-staff in honor of the victims. 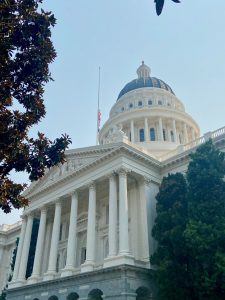 Flags at half-staff in honor of Kabul airport attack victims.