SACRAMENTO – On the 20th anniversary of the 9/11 attacks, Governor Gavin Newsom today laid a wreath at the Wall of Heroes memorial in the California National Guard’s Headquarters.

Dedicated in 2007, the Wall of Heroes honors California National Guard soldiers killed in Iraq and Afghanistan over the past 20 years. 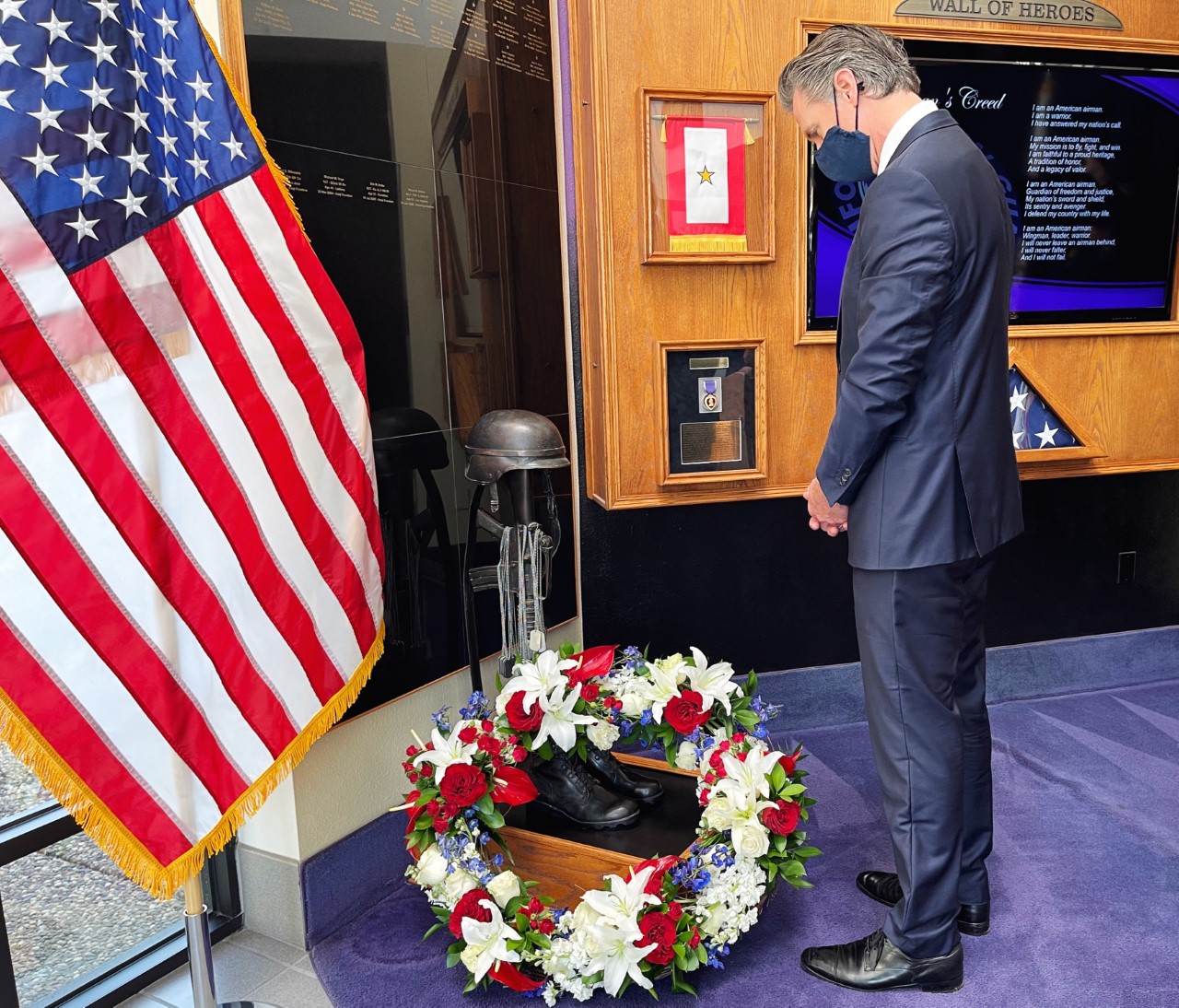 “All of us remember where we were on September 11, 2001, when America suffered an unspeakable act of terrorism that took the lives of nearly 3,000 individuals. It’s hard to imagine that twenty years have passed since that tragic day. For the families who lost loved ones, and every American who was shaken by the events of 9/11, two decades seems like yesterday.

“As we observe Patriot Day, every Californian should take a moment to honor and remember the lives lost at the World Trade Center, those killed at the Pentagon, and the brave Americans who fought valiantly on United Flight 93, sacrificing their lives to protect others.

“In recognizing this somber anniversary, let us honor the lives of the fallen by doing our part to look after one another and remember that we are all Americans working to create a more inclusive and better future for generations to come.”

The Governor ordered flags on all state buildings to be flown at half-staff in honor of the individuals who lost their lives on 9/11.