California Comeback Plan’s $22 billion housing and homelessness investment will lead to the creation of over 84,000 new housing units and exits from homelessness

Administration has advanced $800 million in new or accelerated funding to build affordable, climate-friendly housing and infrastructure

“The acute affordability crisis we are experiencing in California was decades in the making, and now we’re taking the necessary steps to fix it,” said Governor Newsom, who signed the legislation at an affordable housing development in Oakland today. “This package of smart, bipartisan legislation boosts housing production in California – more streamlining, more local accountability, more affordability, more density. These bills, plus this year’s historic budget investments in affordable housing, will directly lead to more inclusive neighborhoods across the state. Creating denser housing near jobs, parks and schools is key to meeting our climate goals as well as our affordability goals.”

Under Governor Newsom, California is pursuing its boldest housing and homelessness budget in state history, with an unprecedented investment of $22 billion to tackle these systemic issues. The funding will lead to the creation of over 84,000 new affordable homes for Californians, including over 44,000 new housing units and treatment beds for people exiting homelessness. 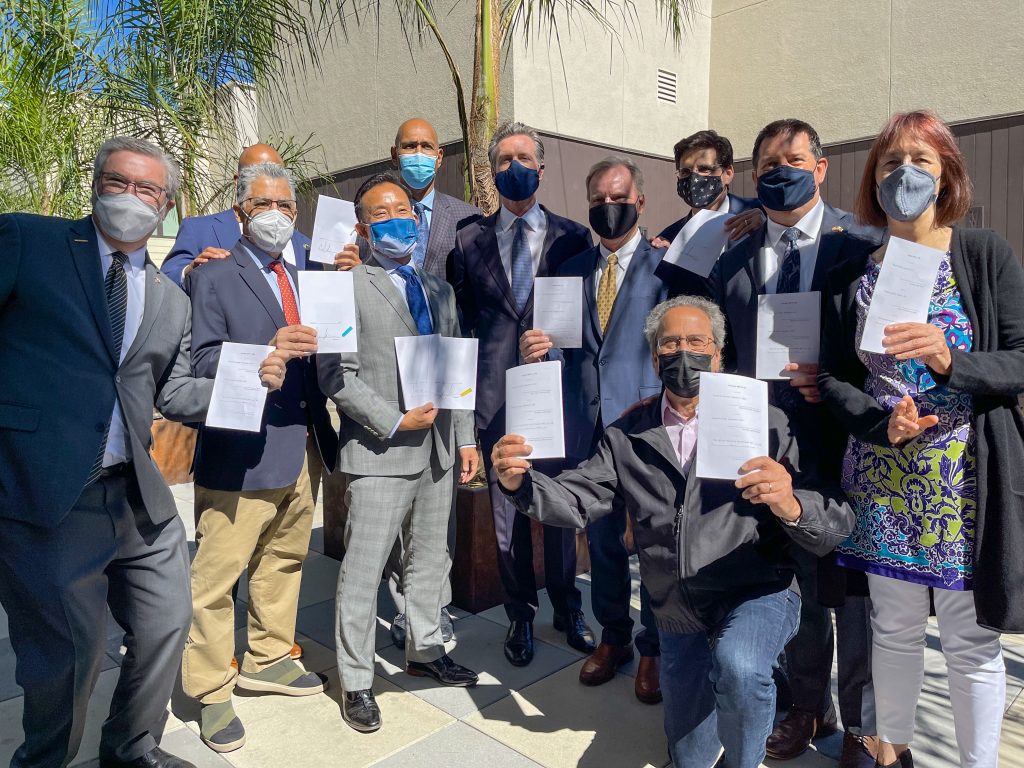 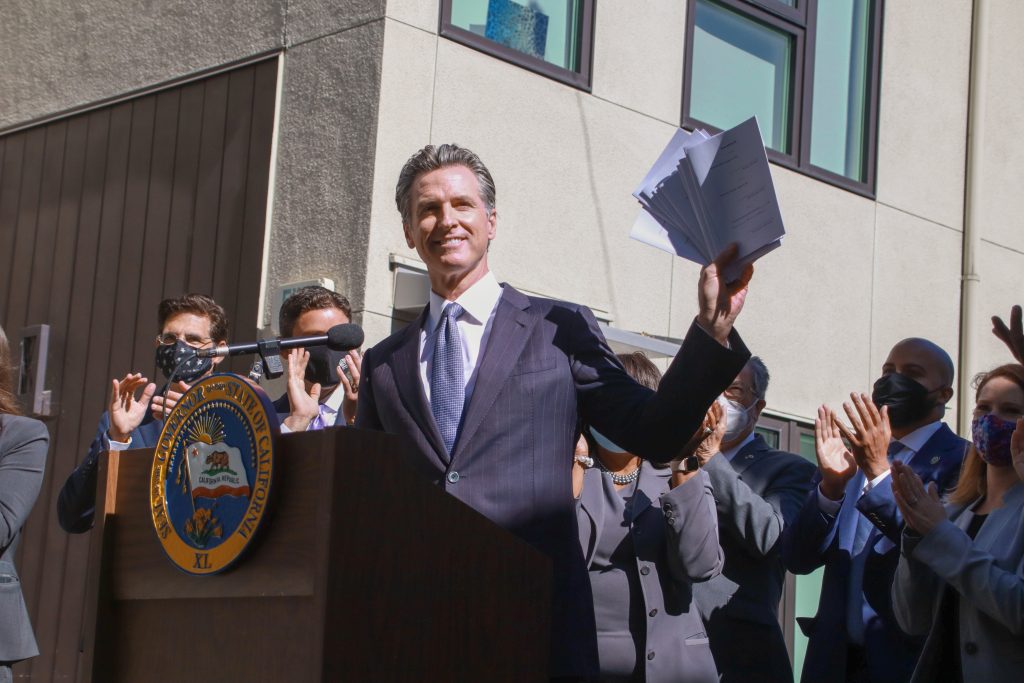 The following bills were signed today:

Every city and county in California is obligated by law to plan and zone for their fair share of housing – a process currently underway. All told, local governments will need to plan for the creation of more than 2.5 million units statewide – more than doubling their obligation under the previous Regional Housing Needs Allocation (RHNA) cycle.

Today’s package of legislation, combined with unprecedented new state subsidies for affordable housing, enable local governments to meet these goals. To ensure that local leaders fulfill their legal responsibility to plan and zone for their share of the state’s housing needs, Governor Newsom announced the launch of California’s new Housing Accountability Unit (HAU) at the California Department of Housing and Community Development (HCD). The new HAU will work with local municipalities to provide technical assistance to jurisdictions to aid their efforts to comply with state legislation mandating housing creation, including zoning and permitting. The HAU will also be empowered to take escalating enforcement steps to bring municipalities into compliance with their RHNA goals in the event of persistent non-compliance.

“It is absolutely imperative to meet these housing goals if we are serious about building an equitable future,” said Governor Newsom. “And it is similarly imperative to meet these housing targets because unaffordable housing leads to hours-long car commutes – directly inhibiting our efforts to meet our climate goals. Creating denser housing closer to major employment hubs is critical to limiting California’s greenhouse gas emissions.”

As part of the $22 billion California Comeback Plan investment for housing and homelessness, the Governor today announced the launch of a $100 million grant program for low- to moderate-income homeowners to build accessory dwelling units on their property, one of the latest efforts to ease the affordable housing shortage in the state. The California Housing Finance Agency’s (CalHFA) ADU Financing Program will provide as much as $25,000 in assistance to income-qualified homeowners, which is expected to produce 4,000 units of housing throughout the state. This funding will make a significant difference in ADU creation as upfront costs are often the biggest challenge for homeowners looking to build an ADU on their owner-occupied property.

The state is also taking action to address the interrelated problems of climate change and housing affordability with programs to transform neighborhoods into transit-oriented, affordable communities with a focus on limiting California’s greenhouse gas emissions.

The Governor today announced that the Administration has nearly doubled the funding available in the Affordable Housing and Sustainable Communities (AHSC) program for projects promoting dense, transit-oriented development. The California Strategic Growth Council took action to increase available funding for the current award round from $405 million to $785 million by accelerating funds that were planned for future award rounds. The AHSC program has invested over $1.1 billion across the state through 104 sustainable projects, creating over 9,000 affordable units and reducing 2.13 million tonnes of emissions over the projects’ operating lives.

Taken together, the AHSC acceleration and new TCC funding equal $800 million in new or accelerated funding to build affordable, climate-friendly housing and infrastructure in California.

In the coming days, the Governor will sign a package of bills to continue to confront California’s homelessness crisis – one of the most persistent challenges facing the state.