SAN FRANCISCO – As part of his landmark $1.1 billion Clean California initiative, Governor Gavin Newsom today announced the award of $311.7 million for 126 beautification projects along the state highway system – with 98 percent of the projects benefiting historically underserved or excluded communities. Designed to foster cultural connections and civic pride, the projects are expected to generate 3,600 jobs as part of the multiyear initiative led by Caltrans to remove trash and beautify community gateways and public areas along highways, streets and roads while creating thousands of jobs for Californians.

“With Clean California projects transforming more and more sites across the state, we’re taking the next step to create enriching public spaces that serve the needs of our diverse communities and that all of us can take pride in – starting in the neighborhoods that need it most,” said Governor Newsom. “Working together, the state and local governments are advancing unique beautification projects that will make a positive impact for years to come.”

Developed in close collaboration with tribal and local governments, non-profits and businesses, the 126 state beautification projects will be completed in 47 of California’s 58 counties, including art installations, green space and proposals that improve safety and promote community connections. Construction will begin in April 2022, a full list of the projects can be found here.

Governor Newsom announced the grants today at an interchange in San Francisco, the site of a new $2.6 million project that will include a tree nursery, dog park and other features. 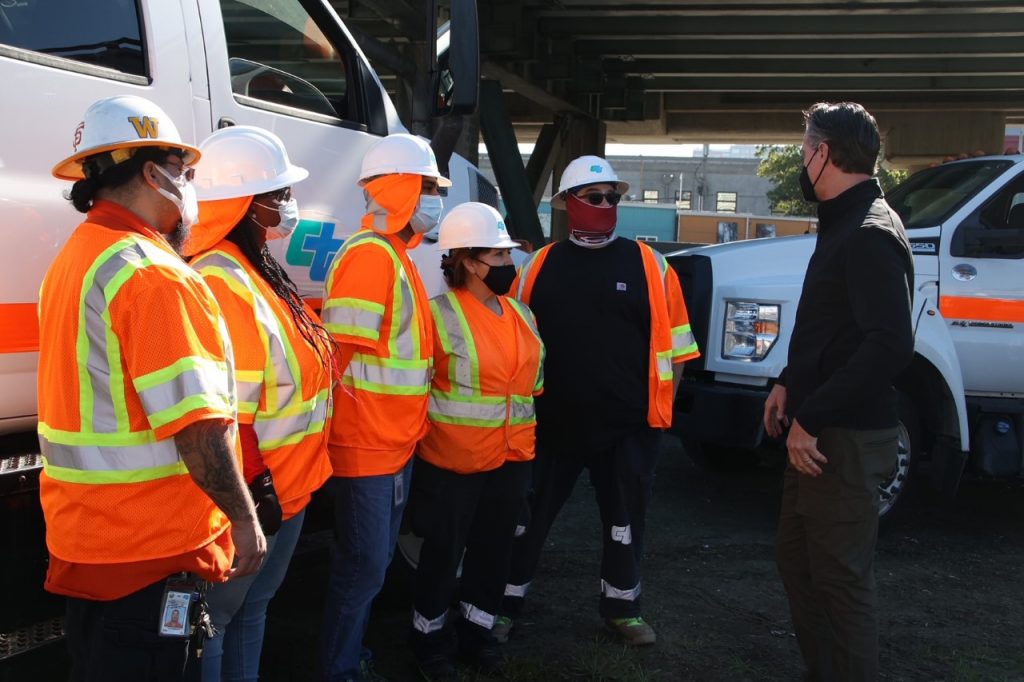 In addition to these awards for Clean California projects along the state right-of-way, the Administration in December announced the availability of almost $300 million in grants to cities and counties for local projects that will clean and beautify neighborhood streets, parks and transit centers throughout California. Caltrans will review the project proposals from cities, counties, transit agencies, tribal governments and other governmental entities and announce grant recipients on March 1. The Governor’s California Blueprint proposes an additional $100 million to fund additional local Clean California grants.

Over three years, Clean California will remove an additional 1.2 million cubic yards, or 21,000 tons, of trash from the state system alone – enough to fill the Rose Bowl three times over. The initiative has already resulted in 6,300 tons of litter removed from the State Highway System and, to date, Caltrans has hired 528 new team members, including 428 maintenance workers who collect litter and perform maintenance duties like graffiti removal.