In Response to Supreme Court Decision, Governor Newsom Signs Legislation to Protect Women and Providers in California from Abortion Bans by Other States

SACRAMENTO – On the heels of the U.S. Supreme Court’s decision to overturn Roe v. Wade, Governor Gavin Newsom today signed legislation to help protect patients and providers in California against radical attempts by other states to extend their anti-abortion laws into California.

“With today’s Supreme Court decision to endanger the health and safety of millions of women across the country, California must do everything it can to protect the fundamental rights of all women – in California and beyond,” said Governor Newsom. “We know that states like Missouri are already targeting women seeking abortions in states like California where abortion remains legal. This legislation seeks to protect women and care providers from civil liability imposed by other states, and sends a clear message that California will continue to be a safe haven for all women seeking reproductive health care services in our state.”

The Governor signed AB 1666 by Assemblymember Rebecca Bauer-Kahan (D-Orinda), which seeks to protect those in California from civil liability for providing, aiding, or receiving abortion care in the state. The measure comes as lawmakers in Missouri advance a proposal to allow private citizens to sue Missouri residents who have an abortion out of state, as well as their providers and anyone who assists them in seeking an abortion. Texas has enacted a six-week ban on abortion with a private right of action enabling individuals to sue abortion providers and others. U.S. Senator Marco Rubio has introduced a federal bill to exclude employers from receiving tax breaks if they provide abortion access to their employees. 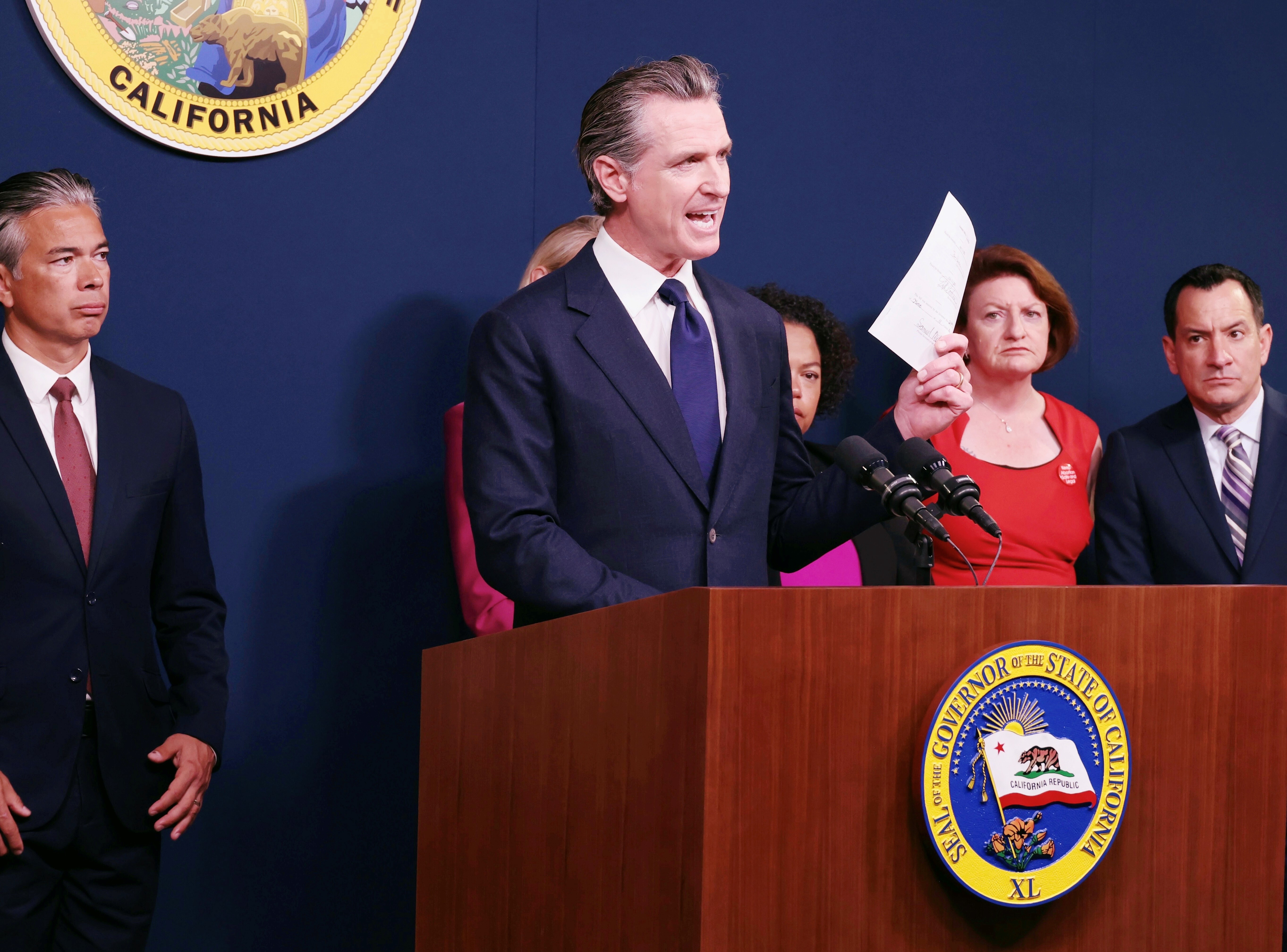 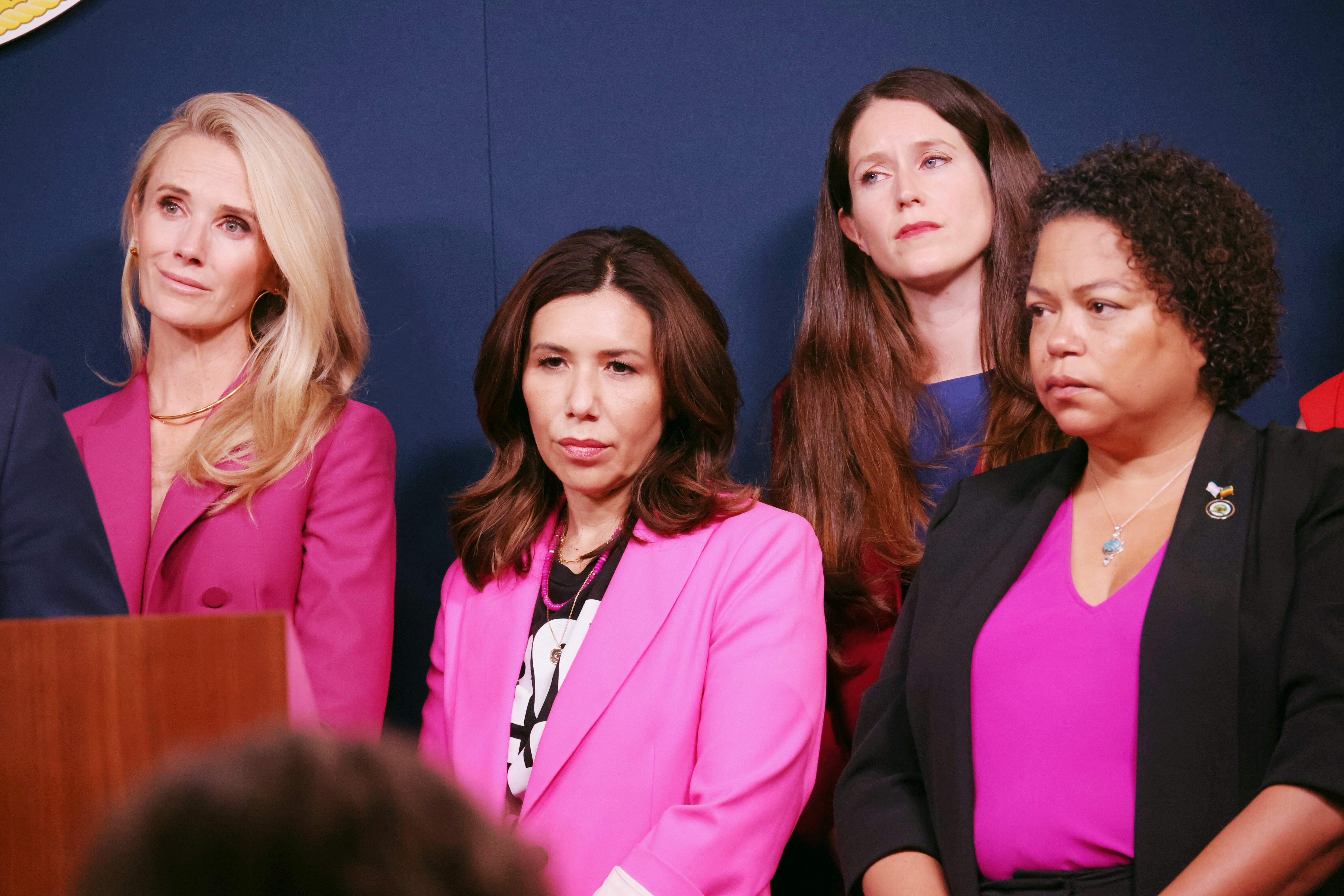 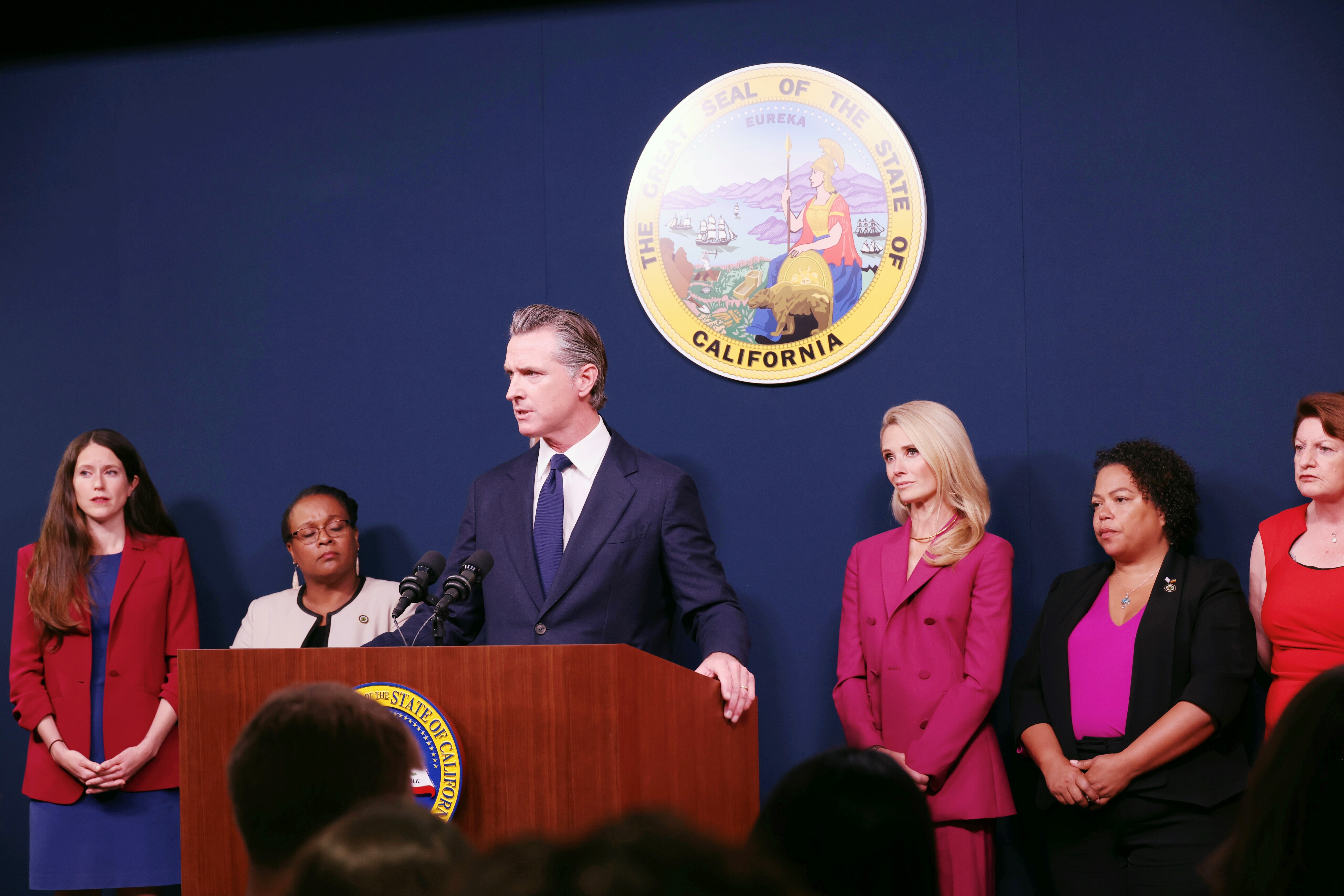 Four additional states already restrict abortion and are likely to have bans in effect soon:

“As a mother, I’m outraged that children today will grow up in a country where women have fewer rights than my generation had, but I know history will show that the Supreme Court’s ruling does not reflect the values of our nation,” said First Partner Siebel Newsom. “In one week, the Court has made it clear that it believes guns are entitled to more rights and protections than women. This is insane. And, it’s a ruling that will have grave consequences for women’s health, safety, economic security, and ability to live and thrive across this country. That’s why I’m proud to reside in, and raise my children in California where our Governor, Administration, and Legislature trust women, and respect our authority to make decisions about our own reproductive health and futures.”

In response to the Supreme Court’s decision this morning, Governor Newsom and the governors of Oregon and Washington launched a new Multi-State Commitment to defend access to reproductive health care and protect patients and providers.

“This is a dark moment for our country,” said California Attorney General Rob Bonta. “This court’s decision is outrageous, unprecedented, and dangerous. It blasts our nation back into the dark ages. Millions are now facing a stark reality when it comes to their right to choose. People all across the nation — their bodies, futures, and families — will be hurt by this decision. But, in California, we refuse to turn back the clock and let politicians exert control over a person’s body. Despite the decision, abortion remains fully protected here in California. We’ll keep fighting to strengthen and expand access to safe and legal abortion. As Attorney General, I will use the full force of the law and the full authority of my office to protect reproductive healthcare for every person who seeks it in California. Abortion remains a legally protected right in our state and, in California, we won’t backslide.”

“Extremist laws – now deemed constitutional – will pursue our incredible providers for the care they provide, will penalize vulnerable people desperately seeking abortions in a last effort to control their own lives,” said Assemblymember Bauer-Kahan. “ In California we won’t let this happen. I am incredibly grateful to the governor for signing AB 1666, which will immediately protect anyone in California from civil penalties for abortion. We will continue to fight and be a sanctuary for abortion care.”

Governor Newsom has proposed a $125 million Reproductive Health Package to expand access for women and help prepare for the influx of women seeking reproductive health care from other states. In addition, the California Legislature has introduced a constitutional amendment to enshrine the right to abortion in the state constitution. Governor Newsom recently signed legislation eliminating copays for abortion care services and has signed into law a legislative package to further strengthen access and protect patients and providers.