Since its launch in 2020, Homekey has funded the creation of more than 12,500 homes for people exiting homelessness by purchasing hotels, motels and other buildings
LOS ANGELES – Alongside state and local leaders at a new Homekey project in Los Angeles preparing to welcome tenants, Governor Gavin Newsom today announced the award of $694 million for 35 projects that will create more than 2,500 new units in 19 communities throughout the state. In total, including today’s announcement, California’s nation-leading Homekey program has funded more than 200 projects statewide – creating more than 12,500 permanent and interim homes for people exiting homelessness.

“With 12,500 new homes funded in just two years, Homekey is changing lives across the state,” said Governor Newsom. “Homekey’s groundbreaking success is a model for the nation, showing that we can make real progress on ending homelessness in months, not years. In partnership with cities and counties like Los Angeles, we’ll continue to safely house Californians in need faster and more cost-effectively than ever.”

“Homekey is more than just another tool in our toolbox in the work to end homelessness – it’s an opportunity for thousands to start anew, and an injection of pride and dignity that can keep Angelenos off the street for good,” said Mayor Eric Garcetti. “Thanks to this latest infusion of funds, hundreds of people experiencing homelessness today will be offered the stability of a permanent home, the safety of a door with a lock, and the services they need to get back on their feet.”

Homekey has become a national model for how to quickly deploy emergency funds to meet the diverse needs of rural, suburban, urban and tribal communities working to expand homeless housing. Building on the program’s success, the state budget signed by the Governor this year invests an additional $150 million, bringing total Homekey funding to $3.75 billion. 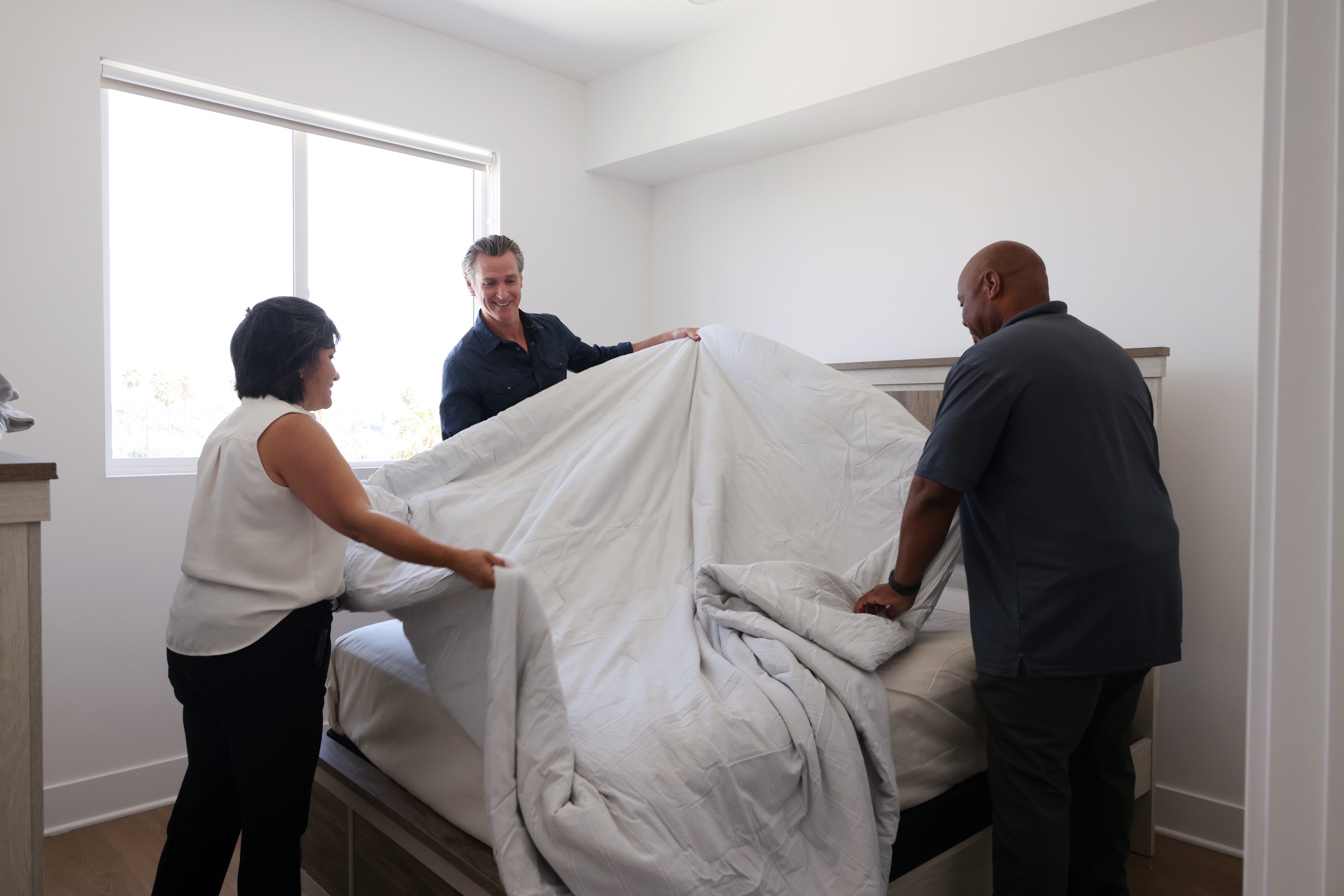 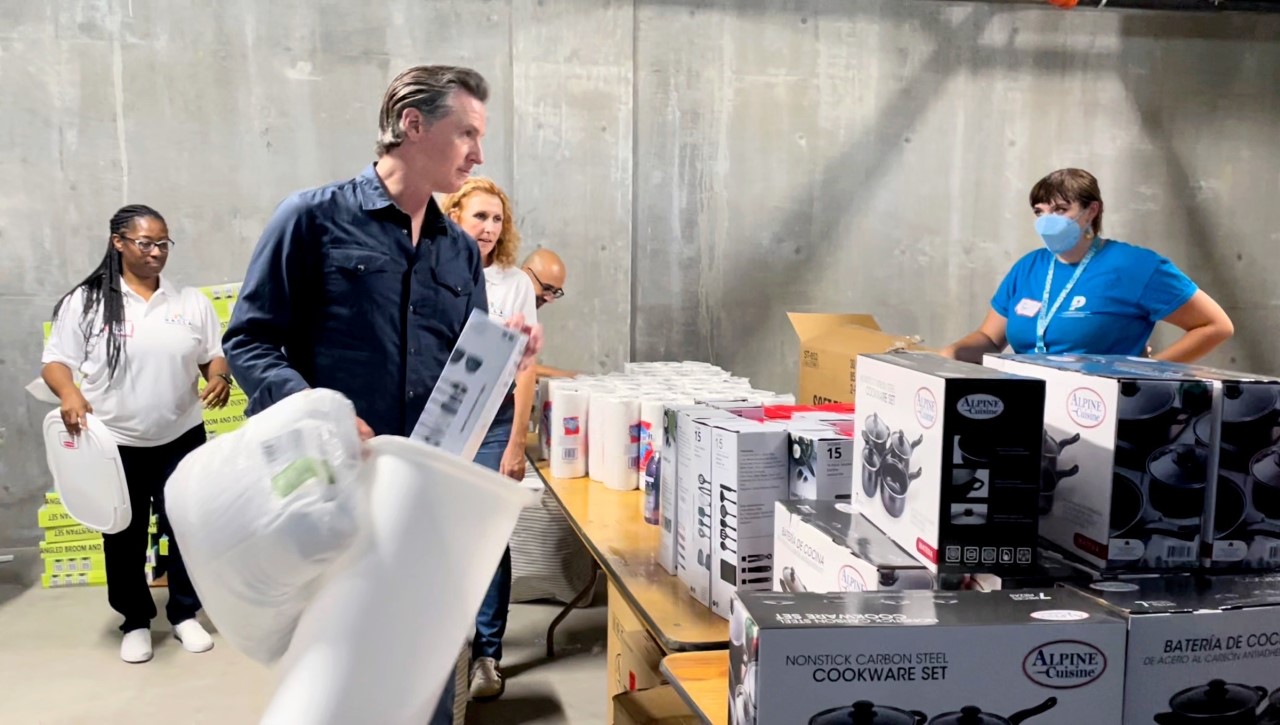 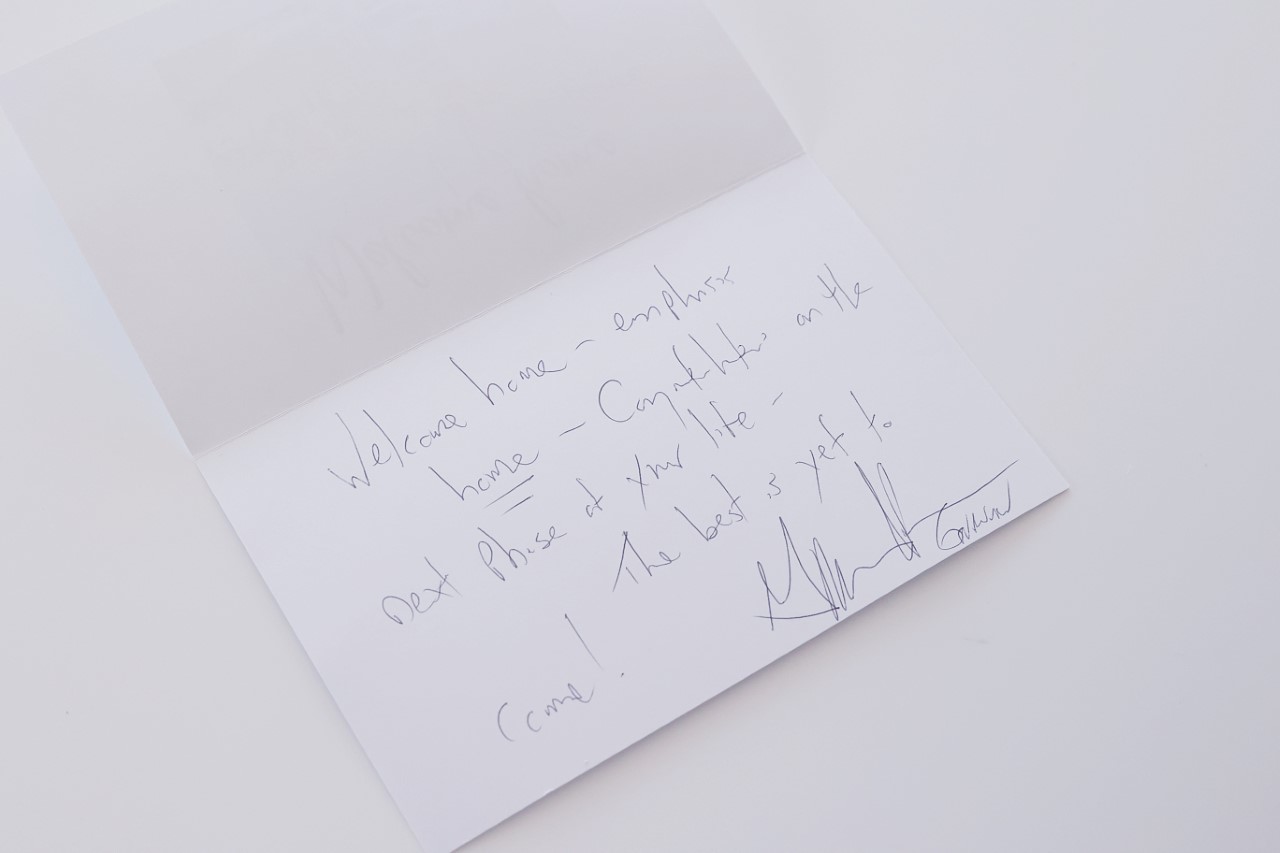 Governor Newsom visits Homekey project in Los Angeles preparing to welcome tenants
“Homekey has been one of our most effective and catalytic affordable housing supply solutions,” said BCSH Secretary Lourdes Castro Ramírez. “Thanks to Governor Newsom’s vision, in 24 months, we designed a hotels-to-housing national model, mobilized technical assistance and marshaled historic housing resources. The state brought together housing providers, social service organizations, residents and local leaders to create over 12,500 places that people exiting homelessness can call home. This is an incredible example of good government responding with compassion, speed and transformative solutions.”
Governor Newsom today also announced $47 million in housing grants to create more residential care options for seniors and adults with disabilities, including people at risk of or experiencing homelessness. These grants are the first to be awarded through the new Community Care Expansion (CCE) – Capital Expansions Grants Program administered by the California Department of Social Services to help address historic gaps in the state’s behavioral health and long-term care continuum.

The Governor’s multibillion-dollar homeless housing investments will provide more than 55,000 new housing units and treatment slots in the coming years. Building on last year’s historic $12 billion investment to help get the most vulnerable people off the streets, the state budget this year invests an additional $3 billion in behavioral health housing, homeless emergency aid, and encampment rehousing strategies, creating a total $15 billion package.

“In just two years, Homekey has facilitated the creation of 12,500 interim and permanent homes for our most at-risk Californians. In this program, HCD continues implementing systemic changes to address both the urgent need to shelter people and to progress toward our Statewide Housing Plan goal for more affordable housing for lower-income and unhoused residents who are disproportionately people of color,” said HCD Director Gustavo Velasquez. “State and local collaboration has been key throughout these two years, and we must continue to use Homekey as a model to accelerate production and affirmatively further fair housing.”