Last week, California enacted some of the nation’s most aggressive climate measures in history as Governor Newsom signed a sweeping package of legislation to cut pollution, protect Californians from big polluters, and accelerate the state’s transition to clean energy – an essential piece of the California Climate Commitment, a record $54 billion investment in climate action.

“In partnership with the Legislature, we just passed the most bold, most comprehensive, and most significant climate policy of any jurisdiction anywhere in the world – big oil lost and they’re not used to losing,” said Governor Newsom. “Later is too late to act – lifestyles, places, and traditions are being destroyed – and California is leading the world in our efforts to combat climate change.”

Governor Newsom began his trip with a meeting with Chris Bowen, Australian Minister for Climate Change and Energy. 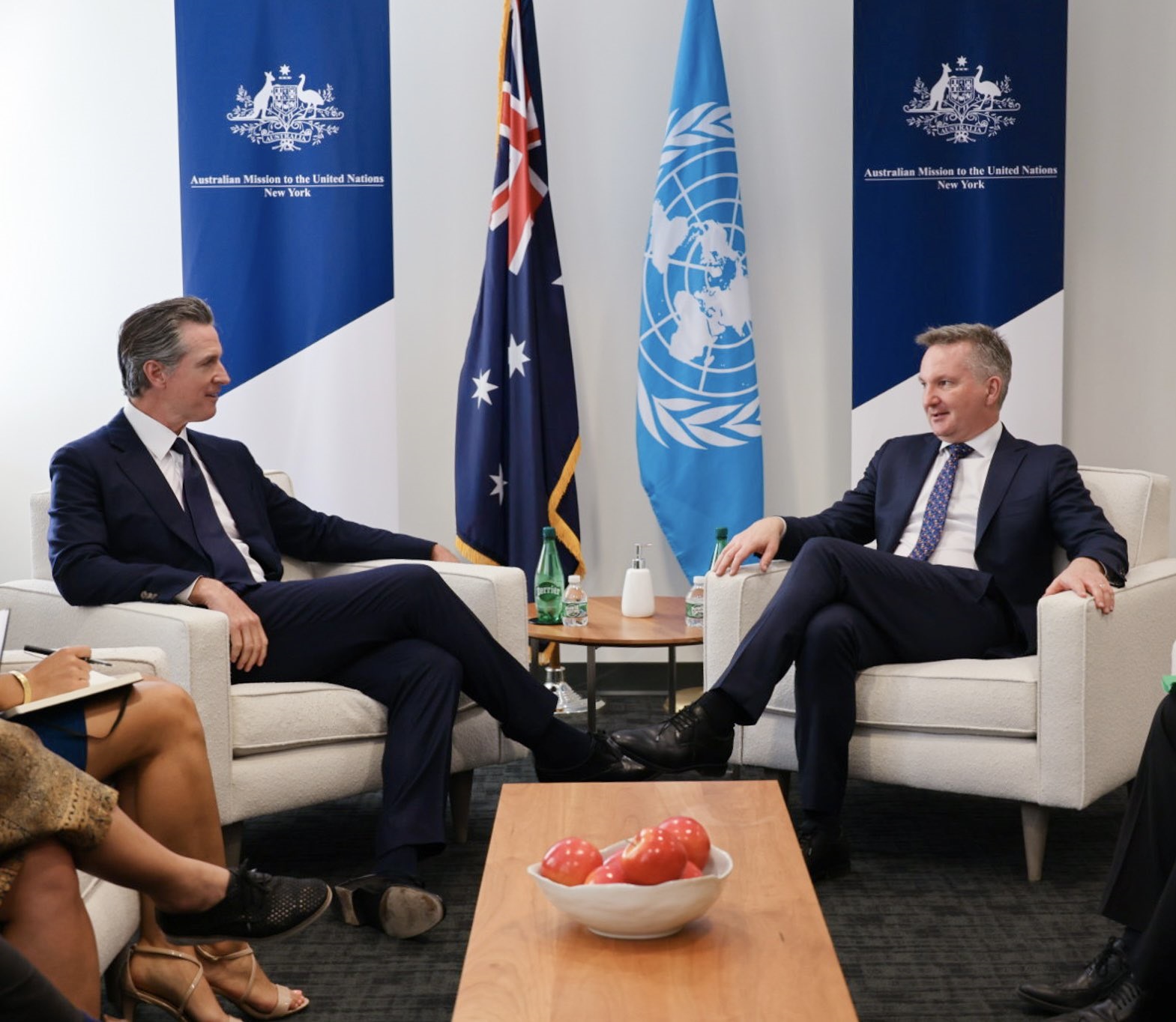 The Governor then met with Secretary Hillary Cinton and other leaders at the Clinton Global Initiative (CGI) Executive Roundtable: “Unlocking and Realizing the Benefits of Inclusive Job Growth” and discussed inclusive job growth and the economy of the future. Governor Newsom also met with Patagonia CEO Ryan Gellert to discuss our shared California values and their efforts to help fight climate change. 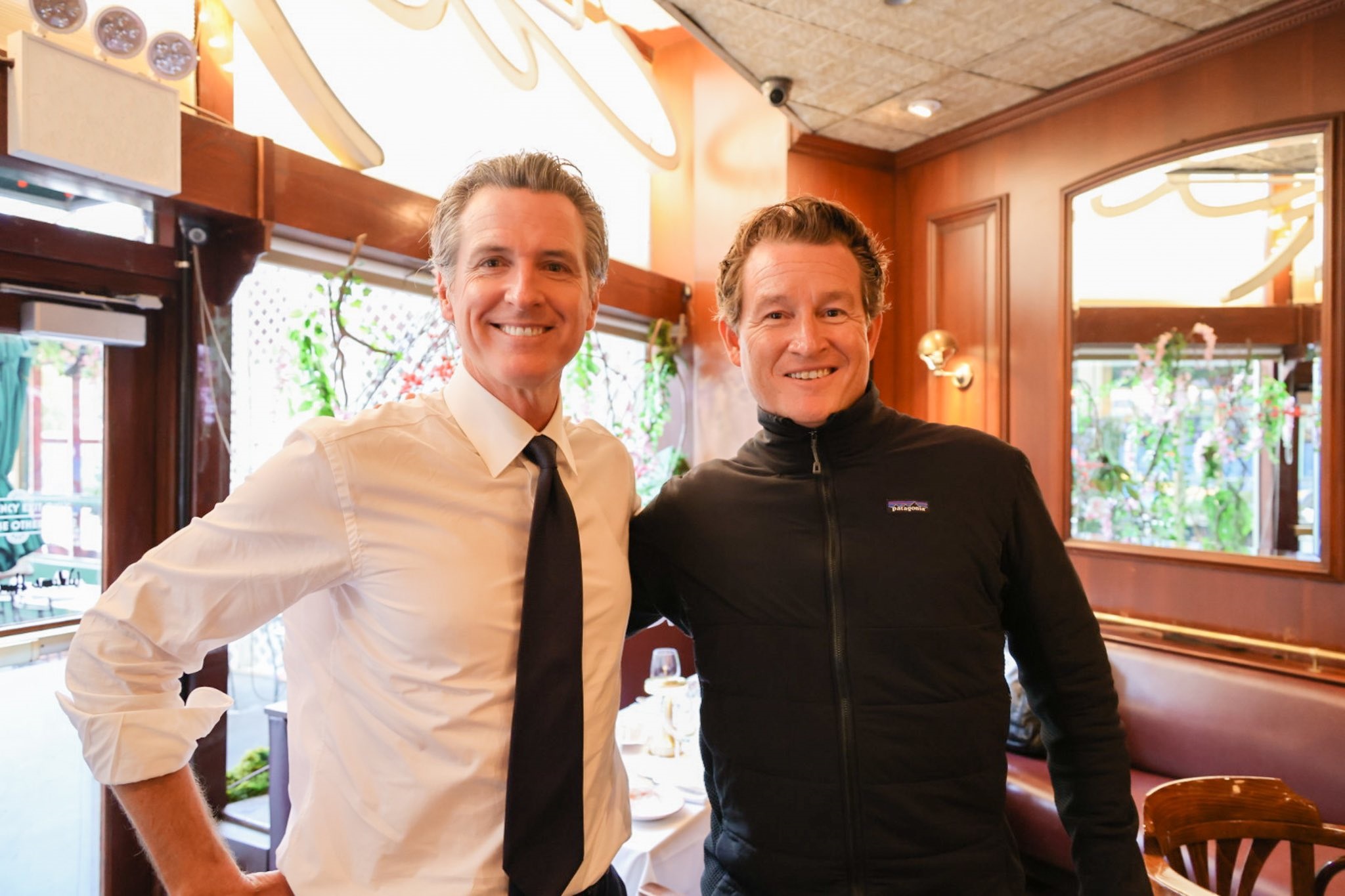 The day’s events concluded with a Fireside Chat with Jacqueline Novogratz at the CGI Spotlight Session: “The Climate Crisis We’re Already In: How We Can Accelerate Adaptation to a Changing Climate.” 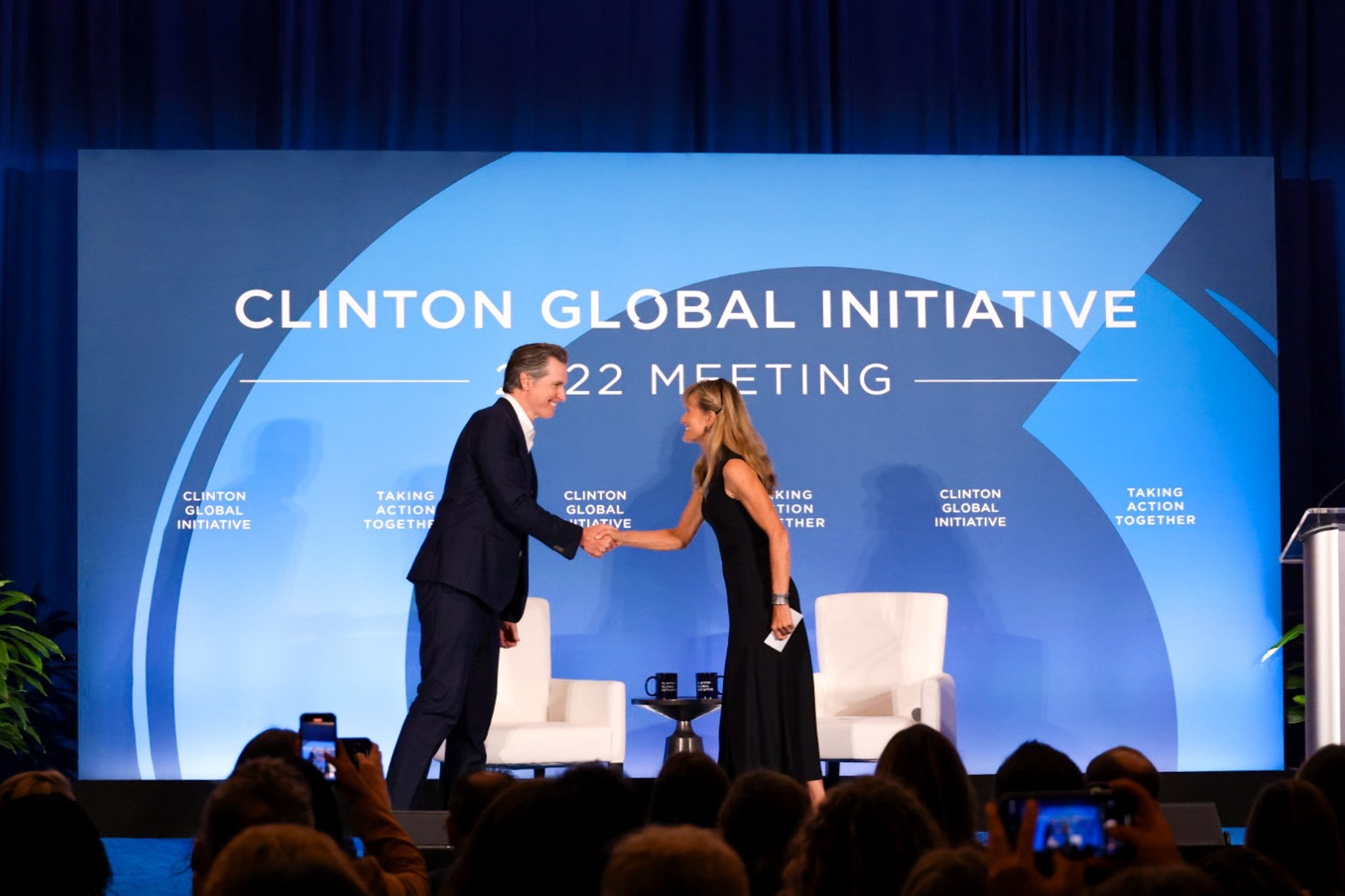 Governor Newsom kicked off his second day with a meeting with Màiri McAllan, Scotland’s Minister for Environment and Land Reform and discussed the longstanding partnership between the two governments to address climate change. 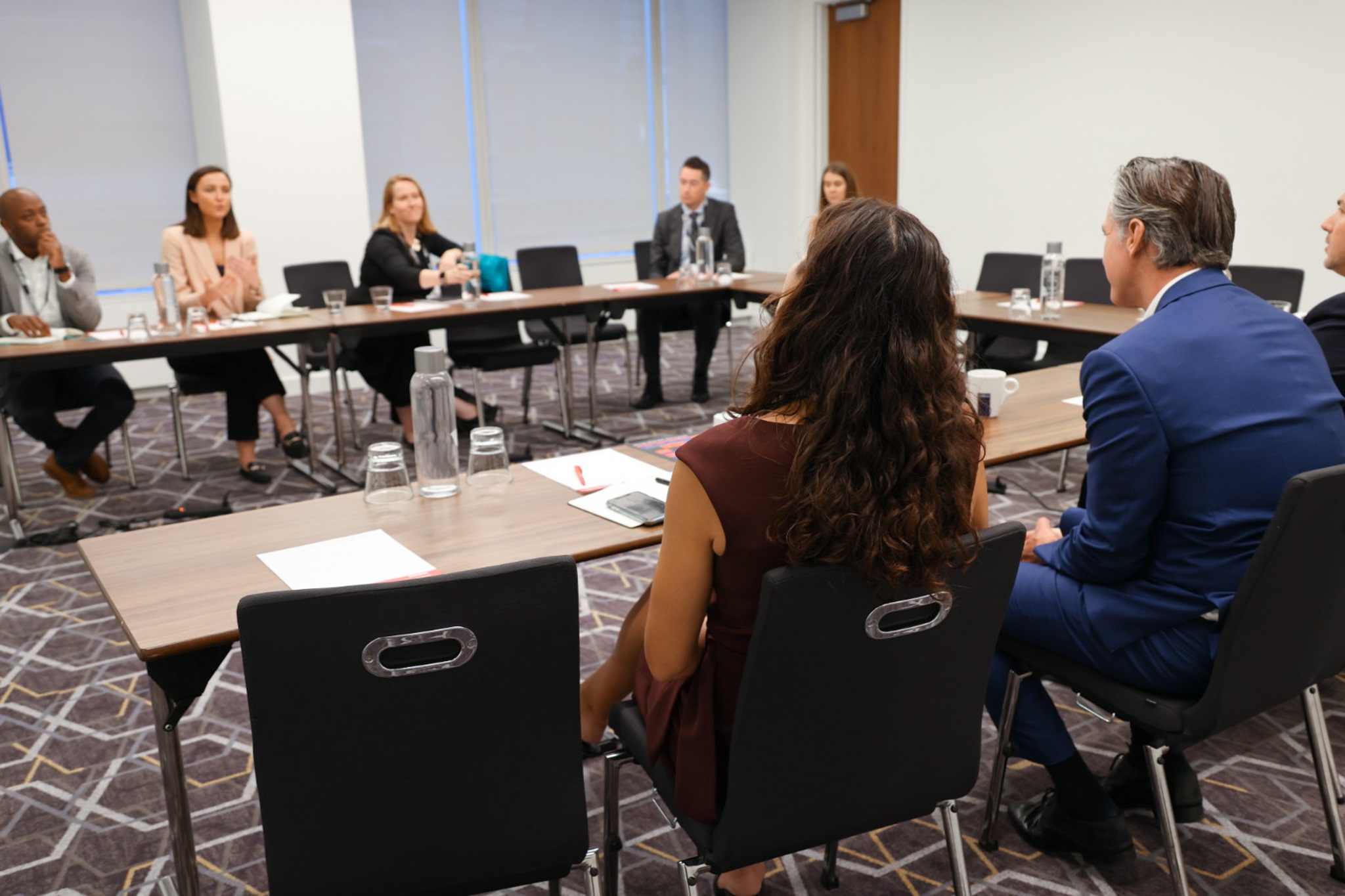 The Governor then delivered remarks at the Climate Week NYC Closing Session: “The New Climate Reality: Energy Certainty in an Uncertain World” 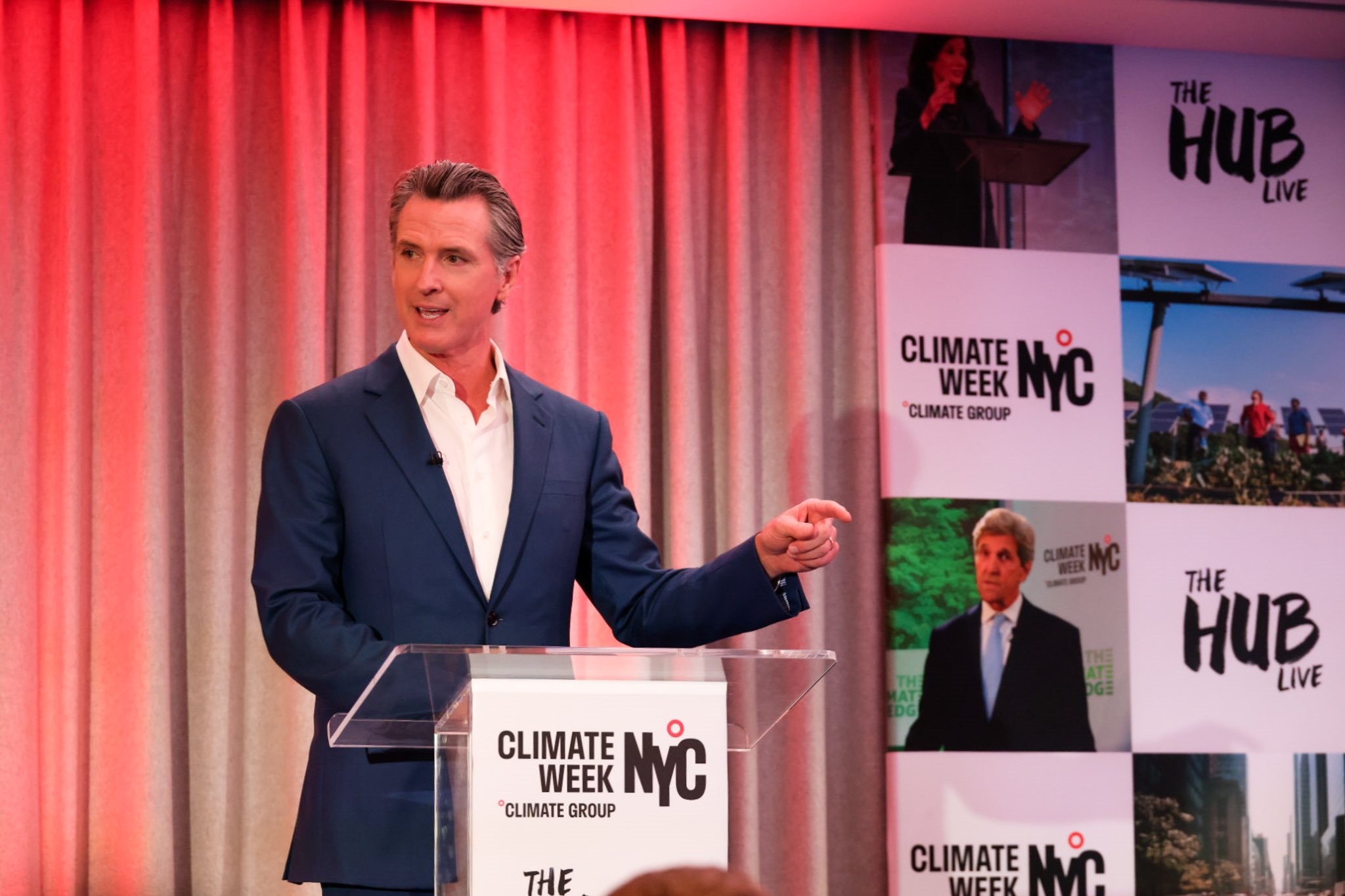 The trip was closed out with a fireside chat with Bloomberg journalist, Francine Lacqua, at the United Nations Climate Action: Race to Zero and Resilience Forum. 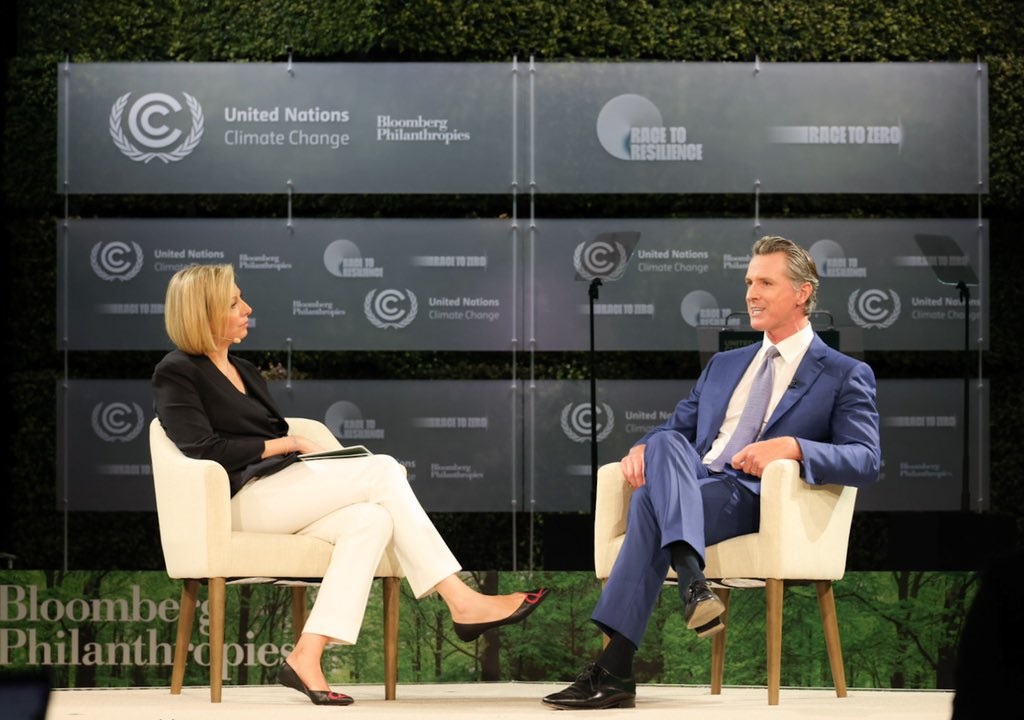