SACRAMENTO – Governor Gavin Newsom’s newly formed Unified Cannabis Enforcement Task Force (UCETF), is taking aggressive action to crack down on illegal cannabis operations – protecting communities and consumers throughout California and the U.S. from unregulated and potentially harmful cannabis products. Led by the Department of Cannabis Control’s (DCC) Law Enforcement Division and the California Department of Fish and Wildlife (CDFW) the task force conducted an operation in a rural area of Jupiter in Tuolumne County on October 4, targeting unlicensed outdoor cultivation operations. Nine search warrants were served during this multi-agency operation. Officers eradicated 11,260 illegal cannabis plants and destroyed 5,237lbs. of illegal processed cannabis flower, worth an estimated retail value of more than $15 million, according to DCC.

“California is taking immediate and aggressive action to stop illegal cannabis and strengthen the burgeoning legal market throughout the state,” said Governor Newsom. “By shutting down illegal grow sites and applying serious consequences to offenders, we are working to curtail the criminal organizations that are undercutting the regulated cannabis market in California.”

“These operations and the criminal and financial penalties that will ultimately result from them reflect the importance and strength in a whole-of-government approach to combat criminally led enterprises, unfair competition and consumer and environmental threats,” said Nicole Elliott, DCC Director. 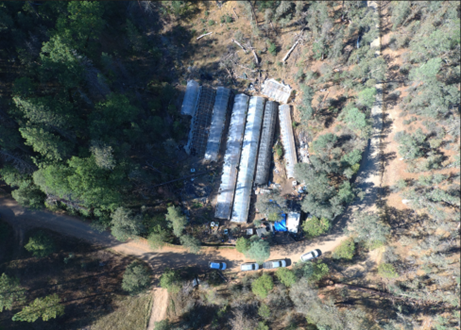 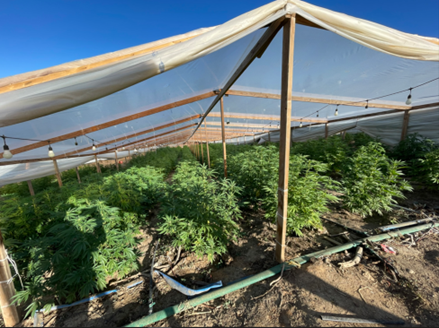 “These illegal grows can be detrimental to our state’s fish and wildlife resources and their habitats,” said CDFW Director Charlton H. Bonham. “Several environmental violations were documented on this operation including sediment that would impact Eagle Creek during the next rain and hazardous materials that can be lethal to local wildlife. This newly created task force is poised to address these harmful grows from a coordinated approach because they violate so many facets of our state laws.”

Beyond the actions of the task force, Governor Newsom has enacted policies and funding to support legal, regulated cannabis throughout the state. Last month, Governor Newsom signed several pieces of legislation which, erase past cannabis convictions, combat discrimination against off-the-job cannabis use, ensure statewide access to medicinal cannabis, and pave the way for California to join with other states to build legal interstate cannabis markets that work for everyone. Also, earlier this year, the Administration enacted a budget that delivered historic tax relief for legal cannabis operators—particularly equity operators—while protecting other vital public investments that cannabis legalization has allowed us to fund.