Big oil hiked gas prices during Q3 to record highs despite crude costs going down, which resulted in record high costs for consumers and record profits for oil companies

Gov. Newsom’s price gouging penalty on oil companies would put these record profits in the pockets of Californians

SACRAMENTO – According to Valero’s Q3 financial report, the oil company made $2.82 billion from July to September, which is up from $463 million a year ago – an increase of more than 500%. These profits came amidst a record gas price hike on consumers during that time period, despite crude oil prices having gone down.

“Big oil is ripping Californians off, hiking gas prices and making record profits. As Valero jacked up their profits by over 500% in just a year, Californians were paying for it at the pump instead of passing down those savings,” said Governor Newsom. “That’s why we’re taking action to implement a price gouging penalty to put these profits back in the pockets of Californians.”

The remaining oil companies are expected to release their profit reports in the coming weeks.

Governor Newsom has taken action to lower prices at the pump, ordering the switch to winter-blend gasoline and demanding accountability from oil companies and refiners that do business in California, leading to record relief at the pump for consumers. Since California’s record high gas prices of $6.42, the Governor’s actions have reduced those prices to $5.71 most recently.

During Q3, the margins for oil companies surged in California, despite crude oil prices and state taxes/fees going down – accounting for the largest share of the cost of gasoline: 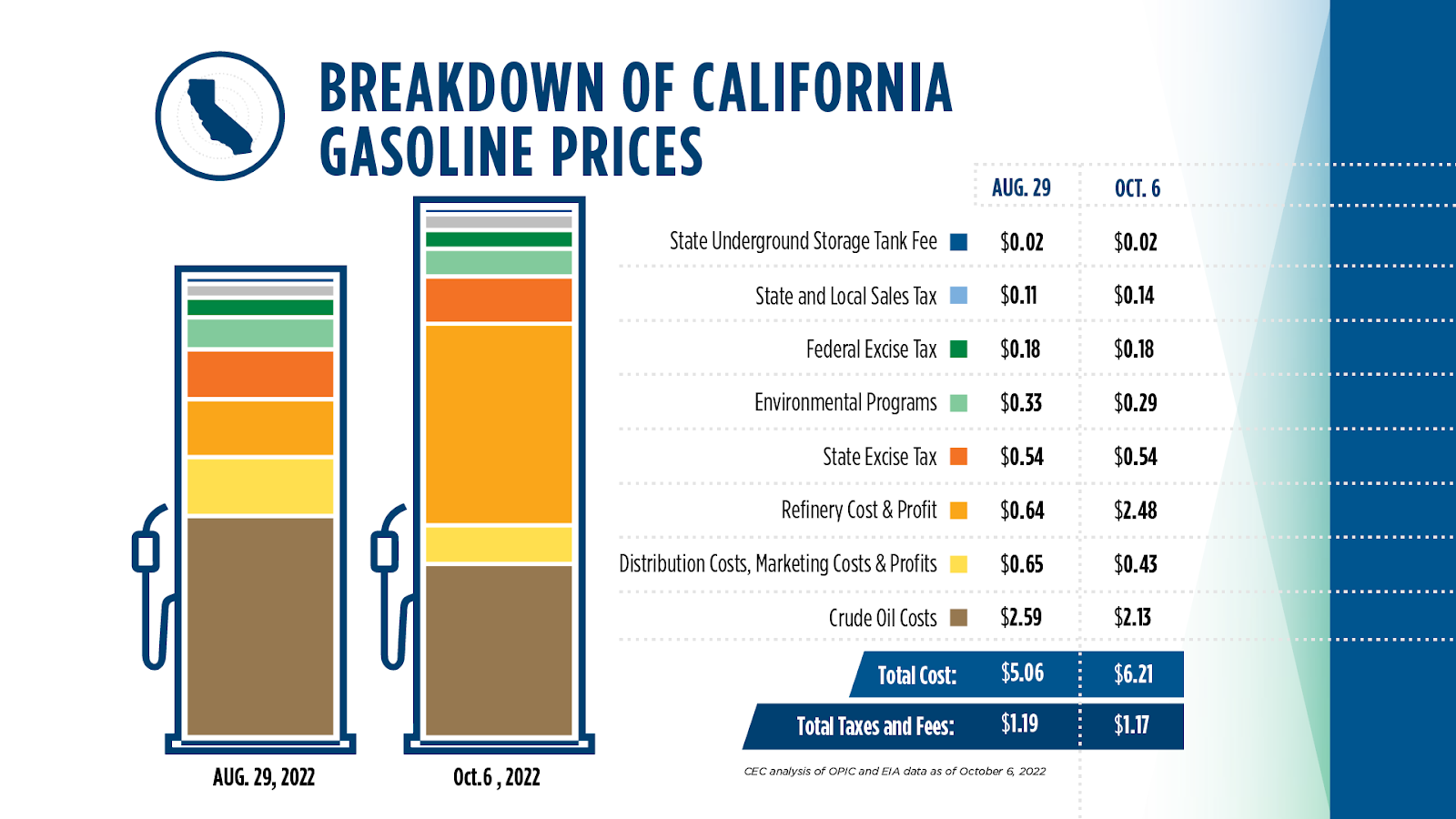 Additionally, during Q3, oil companies hiked the price of gas on consumers despite crude oil going down: 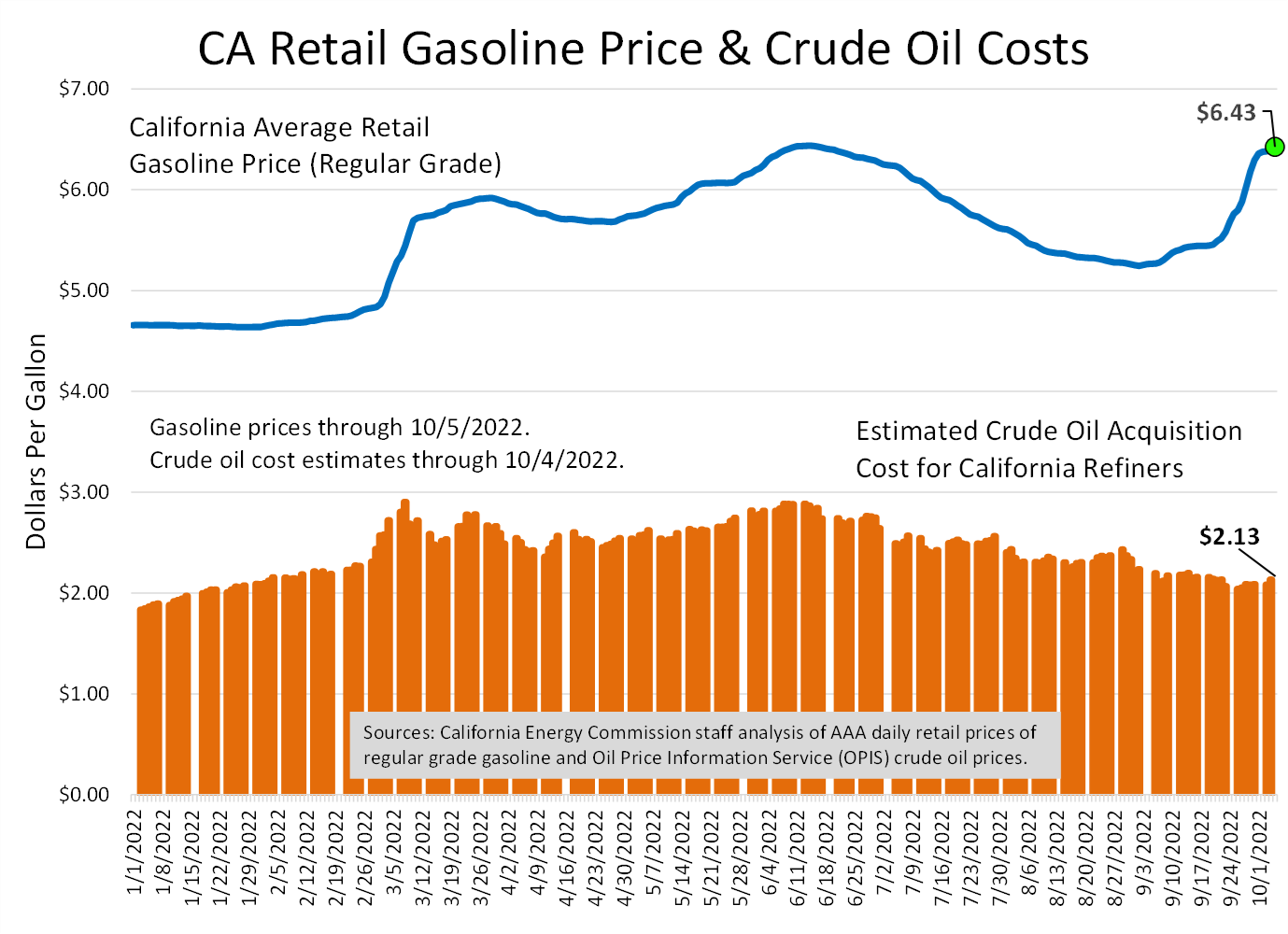