SACRAMENTO – Oil companies charged Californians record high prices for gasoline, even as the cost of crude oil went down, leading to record profits for the oil industry in the past three months. Today, the California Energy Commission (CEC) announced a public hearing on November 29 to bring in oil executives and experts to provide answers about gasoline price hikes amidst record profits, refinery maintenance, and how to prevent such price increases in the future.

“We’re taking action to get answers for Californians who paid for these record profits through gas price hikes. They had the opportunity to provide written responses, but big oil dodged and outright refused to answer basic questions. This hearing will help get answers for gas price hikes and help us make sure this doesn’t keep happening,” said Governor Gavin Newsom.

Governor Newsom spoke to these record profits as Californians paid price hikes at the pump.

This upcoming hearing follows the CEC having requested written responses to questions about price spikes despite the cost of crude oil going down – questions that the companies largely failed to answer in writing.

In the third quarter of 2022, from July to September, oil companies reported record high profits:

This comes on the heels of a report showing that refiners like PBF Energy are making more profits off of Californians than in any other state – $0.78 per gallon compared to the national average of $0.50, a 56% differential. According to Consumer Watchdog, “PBF reported making 78 cents per gallon refining crude oil into gasoline in California in the third quarter – the greatest raw profits anywhere in the nation or world. By contrast, PBF’s profits per gallon were 48 cents on the Gulf Coast, 49 cents per gallon on the East Coast, 55 cents per gallon in the Midwest – an average of 50 cents across the rest of America.” 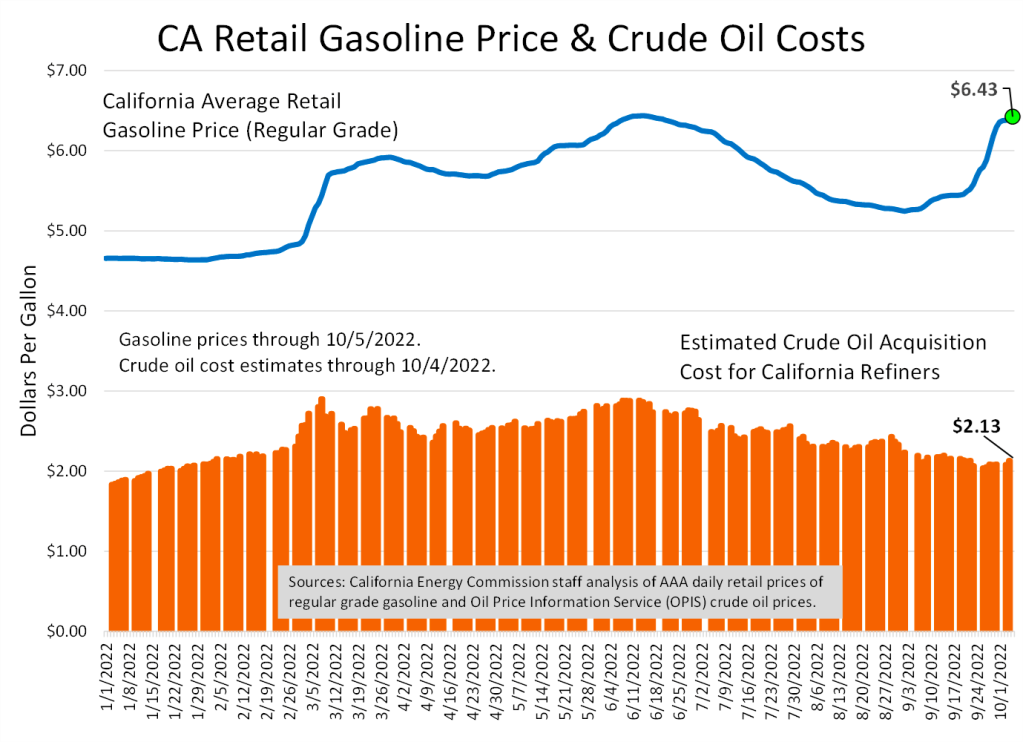 Governor Newsom has taken action to lower prices at the pump, ordering the switch to winter-blend gasoline and demanding accountability from oil companies and refiners that do business in California, leading to record relief at the pump for consumers. Since California’s record-high gas prices of $6.42, the Governor’s actions have reduced those prices to $5.47 most recently – a decrease of 95 cents.