“I am committed to building a state government that better reflects the great diversity of California and am proud to make this historic nomination,” said Governor Newsom. “Judge Jackson has served with distinction and I am confident that she will be an excellent Justice on the First District Court of Appeal.” 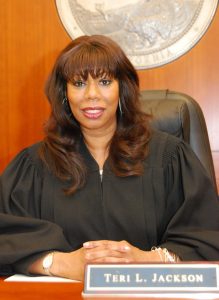 Judge Jackson was also the first African-American woman ever appointed to the San Francisco County Superior Court when she was appointed by Governor Gray Davis in 2002.

“I wish to thank Governor Newsom for the nomination to the First District Court of Appeal. Further, I am honored and privileged to continue to serve this great state as an Appellate Justice,” said Judge Jackson.

Judge Jackson, 63, of San Mateo, has served as a judge at the San Francisco County Superior Court since 2002. She has served as an adjunct law professor at the University of California, Hastings College of the Law since 2006 and at the University of San Francisco School of Law since 2004. Judge Jackson was of counsel at Orrick, Herrington & Sutcliffe LLP from 1997 to 2002 and served as an assistant district attorney in the San Francisco District Attorney’s Office from 1984 to 1997. She served as a deputy district attorney in the San Mateo County District Attorney’s Office from 1981 to 1984. She earned a Juris Doctor degree from the Georgetown University Law Center.

Judge Jackson fills the vacancy created by the retirement of Justice Martin J. Jenkins. This position requires the completion of a review by the State Bar’s Commission on Judicial Nominees Evaluation and confirmation by the Commission on Judicial Appointments. The Commission consists of Chief Justice Tani Cantil-Sakauye, Attorney General Xavier Becerra and Senior Presiding Justice J. Anthony Kline. The compensation is $244,700. Judge Jackson is a Democrat.