The Governor appointed 16 judges in 2019 from a pool of 461 applicants. Sixty nine percent of the Governor’s judicial appointments were women, including Justice Teri L. Jackson, the first African-American woman justice in the history of the First District Court of Appeal. 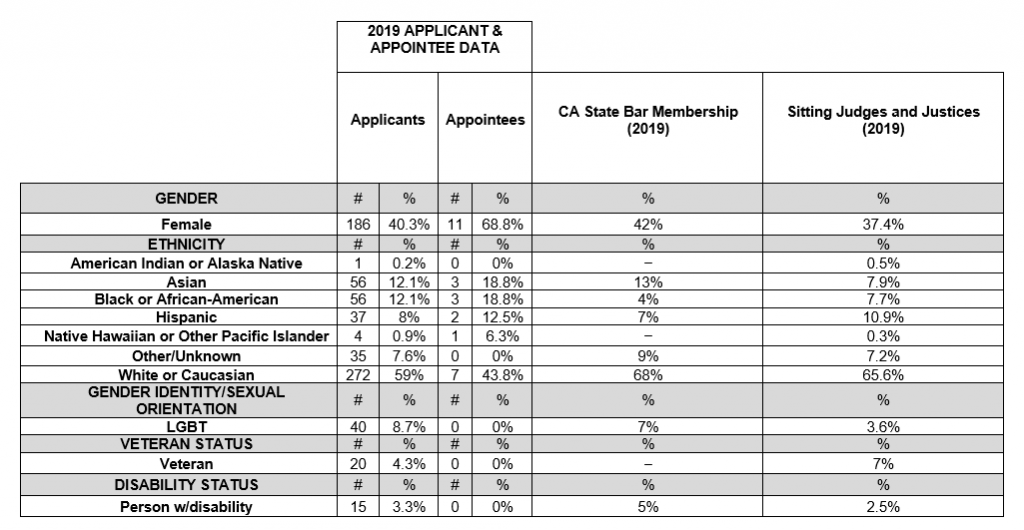