“On the eve of Black History Month, California once again makes history in swearing in Dr. Weber as Secretary of State,” said Governor Newsom. “As the state’s Chief Elections Officer, Dr. Weber will continue her lifelong dedication to defending civil rights and will undertake a vital role in protecting our democratic process at a critical time.” 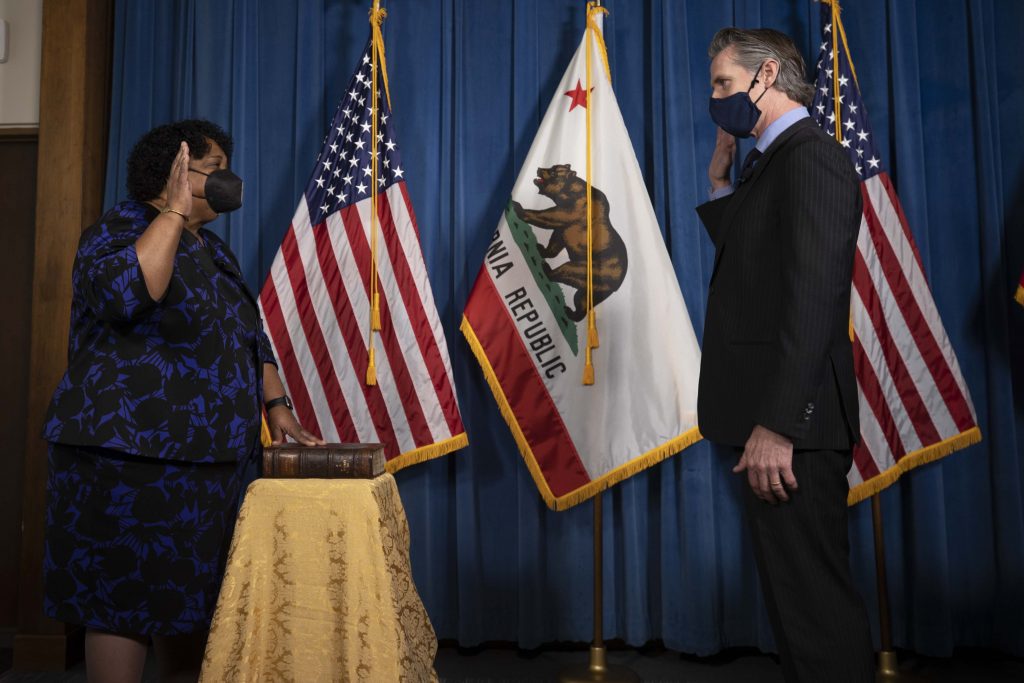 Confirmed by the Legislature this week, Dr. Weber was nominated by Governor Newsom earlier this month to fill the Secretary of State position vacated by U.S. Senator Alex Padilla, whom he appointed following the resignation of Vice President Kamala Harris from the U.S. Senate.

“The fact that each citizen is a primary officeholder in a democracy is the lodestone tenet of our system of government. It is my responsibility as Secretary of State to ensure that more Californians are able to exercise that power through the electoral process, and that our elections remain secure, accessible and fair even under the most adverse conditions,” said Secretary of State Dr. Weber. “Dr. King teaches us that we are at our best when we stand up in service of others and I am humbled to be able to continue to stand up for Californians as Secretary of State. I thank the Governor for his nomination, the State Senators and Assemblymembers who confirmed my appointment, and the Californians who expressed their faith in my ability to assume this critical office. I look forward to lifting up and defending our democratic values of inclusivity and participation in this new role.”

First elected to the California State Assembly in 2012, Dr. Weber has been a voice of moral clarity in the Legislature, providing leadership on issues of social justice. She authored the California Act to Save Lives, landmark legislation signed by Governor Newsom in 2019 setting new, higher standards on the use of deadly force by police. Her ambitious legislative agenda has also included bills on education, civil rights, public safety, food insecurity, protections for persons with disabilities and voting rights. She previously served as President of the San Diego Board of Education and as an Africana Studies Department professor at San Diego State University for 40 years.