GARDNERVILLE, NV – California Governor Gavin Newsom and Nevada Governor Steve Sisolak today surveyed a Tamarack Fire damage area and met with fire and emergency management personnel responding to the fire, which has burned 68,497 acres on both sides of the California-Nevada border.

“We’re here in the spirit of partnership that unites all of us on the West Coast – Republican and Democratic states – confronting the devastating impacts of our climate crisis, from catastrophic wildfires to severe drought to deadly high temperatures,” said Governor Newsom. “We’re grateful for our long-standing emergency management relationships with Nevada, substantially at work in the response to this fire. Meeting our shared challenges in the years ahead will require all of us to build partnerships at a level never seen before.”

After surveying wildfire damage in Gardnerville, where many residents have lost their homes, the Governors, CAL FIRE Director Thom Porter and CAL OES Director Mark Ghilarducci visited the Incident Command Center operated from Douglas High School, where they joined a briefing by fire and emergency management personnel. Director Ghilarducci and Chief Porter also traveled to Alpine County, where they met with officials and Sheriff Rick Stephens who successfully evacuated residents and tourists from the fast-approaching wildfire. 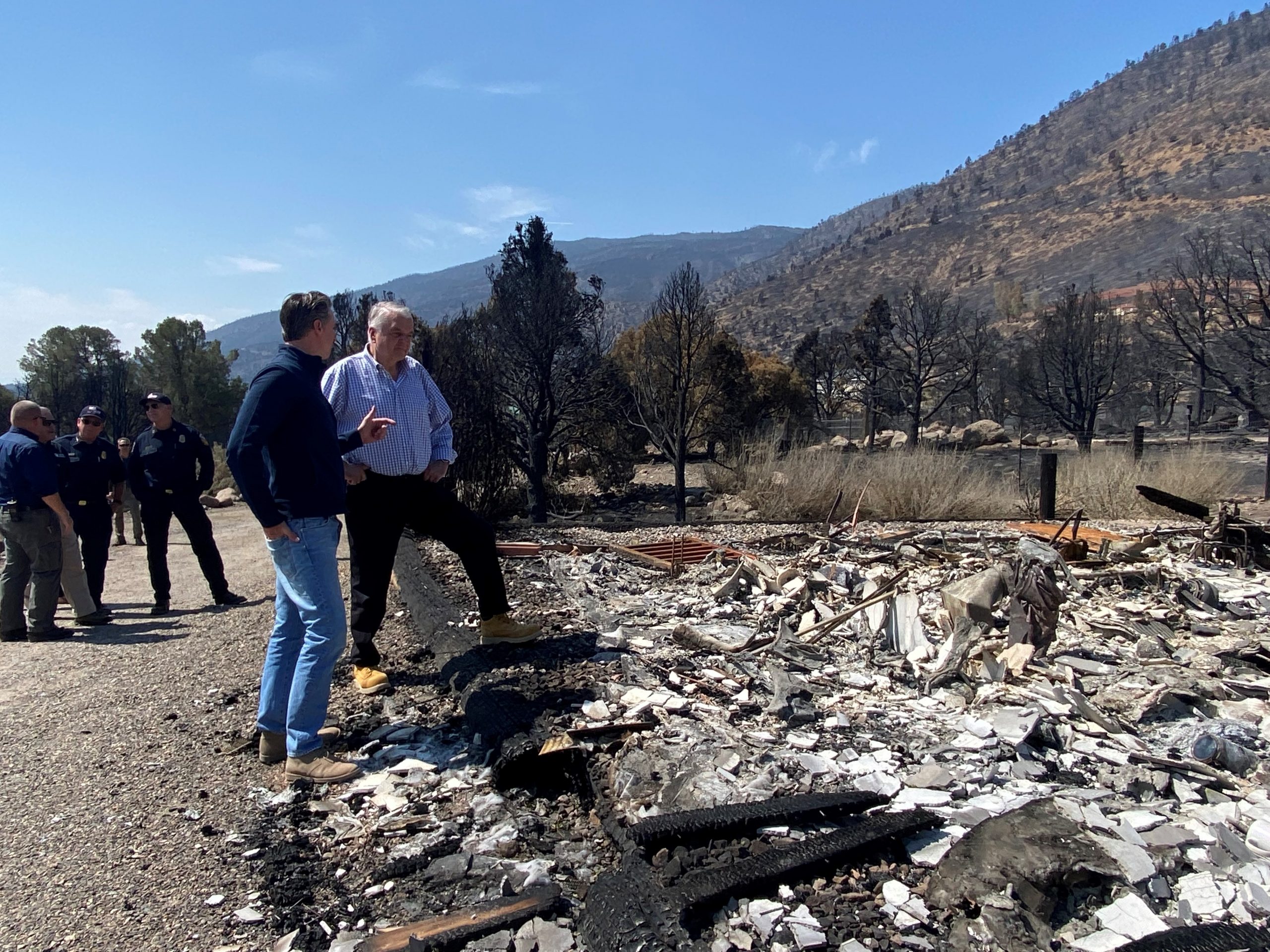 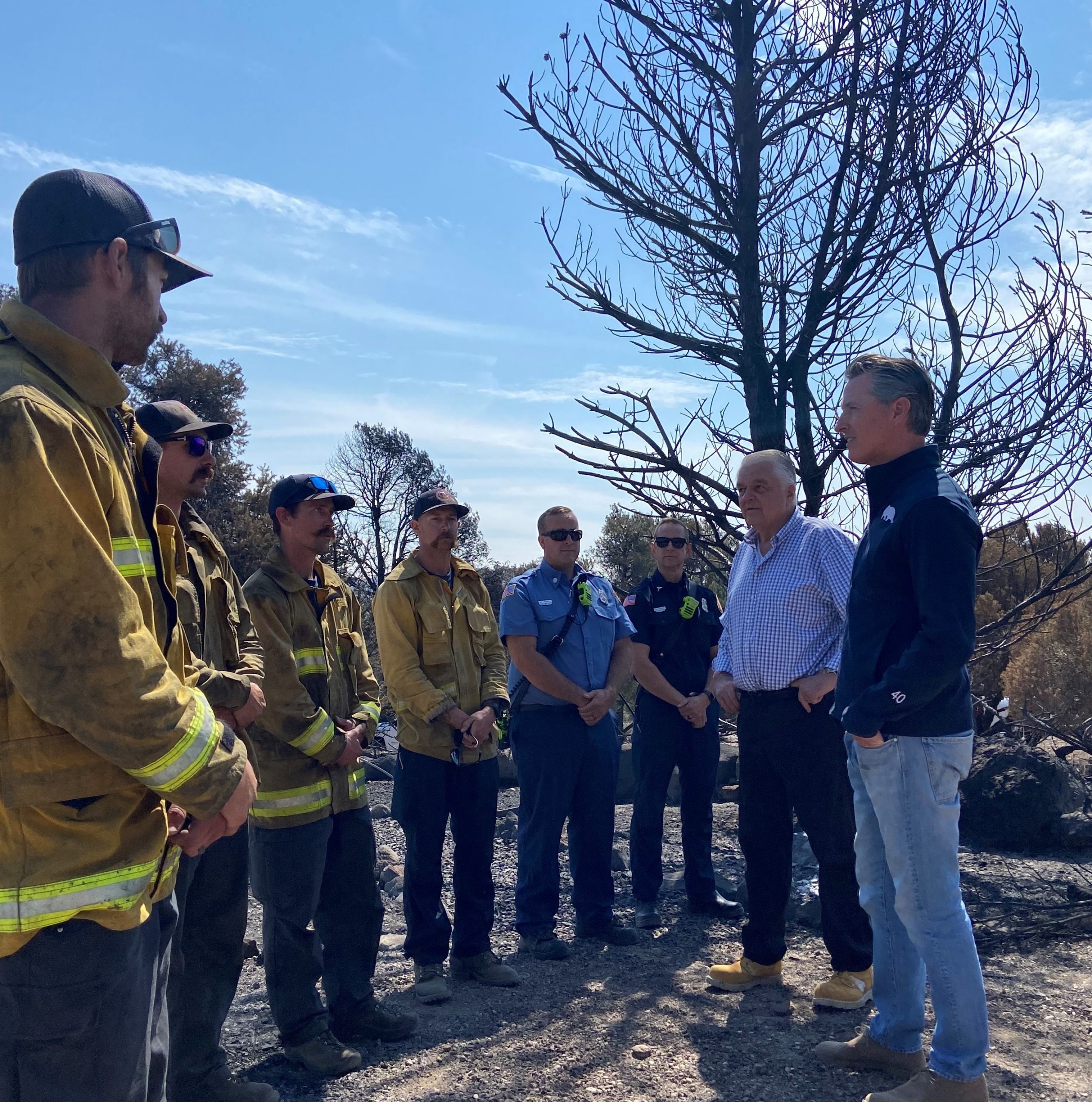 Governor Newsom last week proclaimed a state of emergency for Alpine County due to the Tamarack Fire, which was ignited July 4 in a lightning strike in the Mokelumne Wilderness. CAL FIRE has deployed strike teams to protect people and property in Markleeville, and additional resources have been ordered to support the response to the fire through the mutual aid system, including local government engines, airtankers and helicopters. Over the past three years, CAL FIRE has worked in partnership with residents and local officials to conduct defensible space inspections on many structures in the Markleville community, an important measure to help protect homes.