MATHER – Governor Gavin Newsom today welcomed President Joseph R. Biden, Jr. as he arrived in California to survey damage from the Caldor Fire – now the 15th largest and the 16th most destructive wildfire in state history – and discuss his Administration’s response to recent devastating wildfires in the western U.S.

“I thank President Biden for traveling to California today to see firsthand the devastating impacts of climate-driven catastrophic wildfires we’re facing across the West,” said Governor Newsom. “California is leading the nation with bold solutions to protect people and the environment, and the Biden-Harris Administration is proposing transformative investments to take on this existential crisis. With their dedicated partnership, we will continue to scale up our forest health and wildfire resilience efforts, and ensure our communities recovering from wildfire have the support they need.” 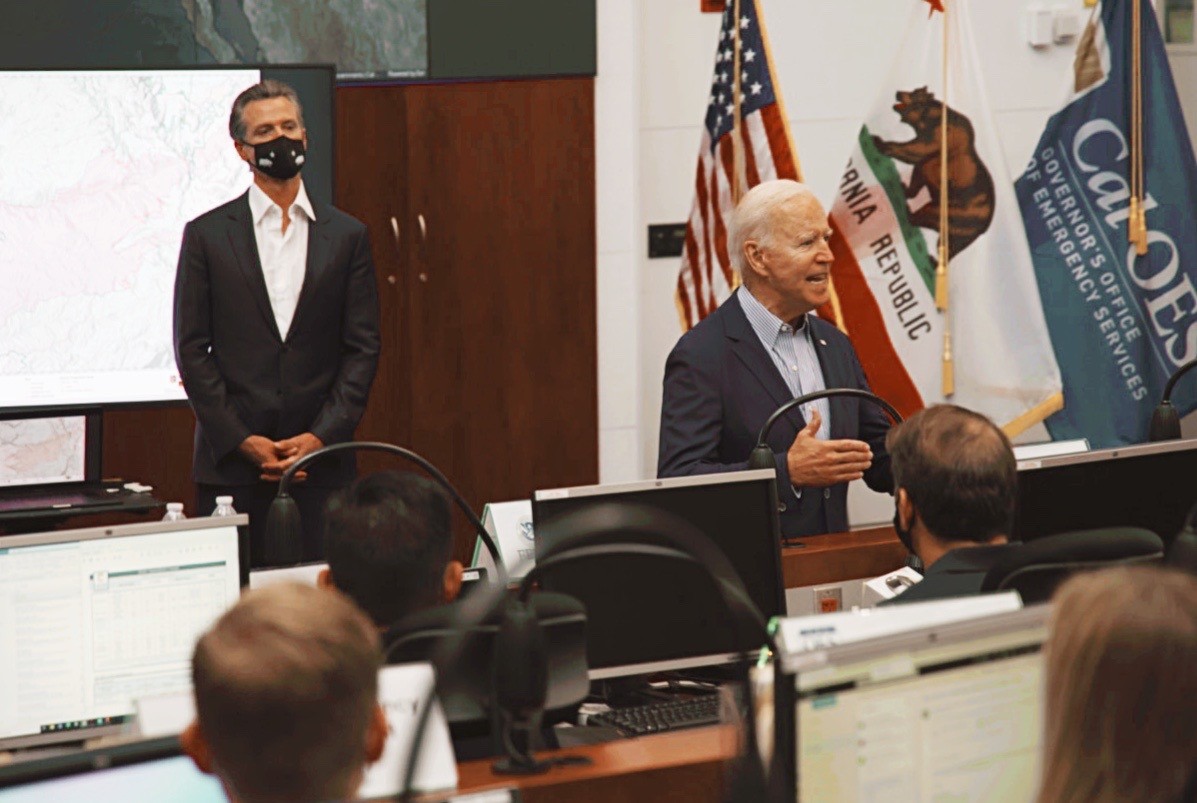 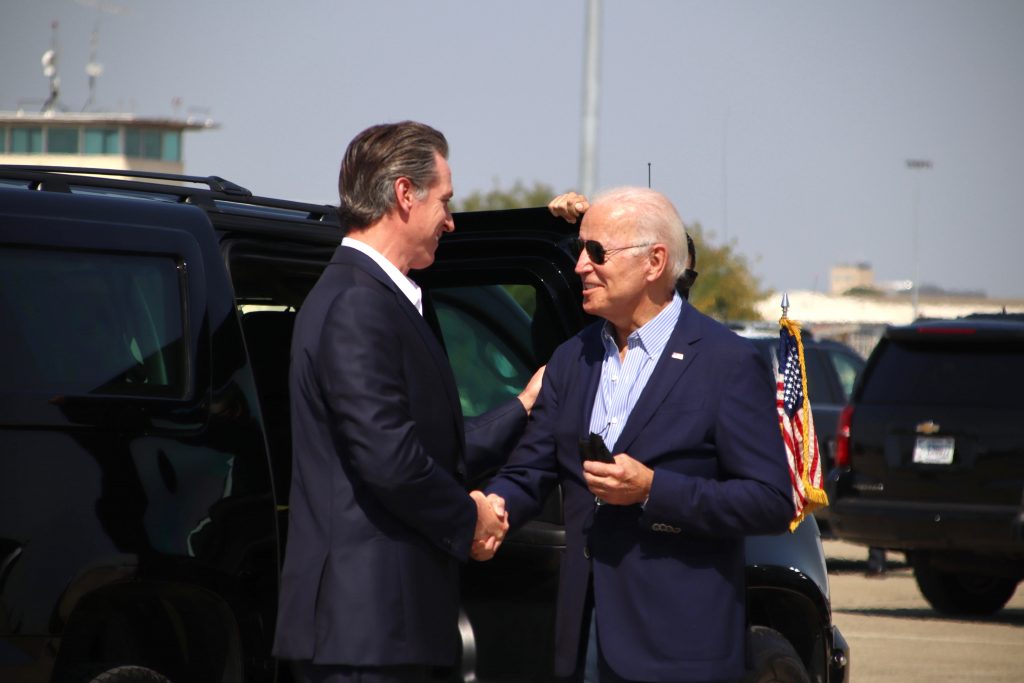 Governor Newsom and the President later surveyed damage from the Caldor Fire in an aerial tour of impacted areas in El Dorado County, where the community of Grizzly Flats was devastated by the fire. After returning from the aerial survey, the Governor and President met briefly with elected officials and delivered remarks at a Mather Airport hangar. Governor Newsom thanked President Biden for his commitment to tackling climate change and supporting states on the front lines, and highlighted the strong state-federal partnership on wildfire response and recovery efforts. President Biden discussed how the proposed investments in the Bipartisan Infrastructure Deal and Build Back Better Agenda will increase our resilience to climate change and extreme weather events, including catastrophic wildfires. 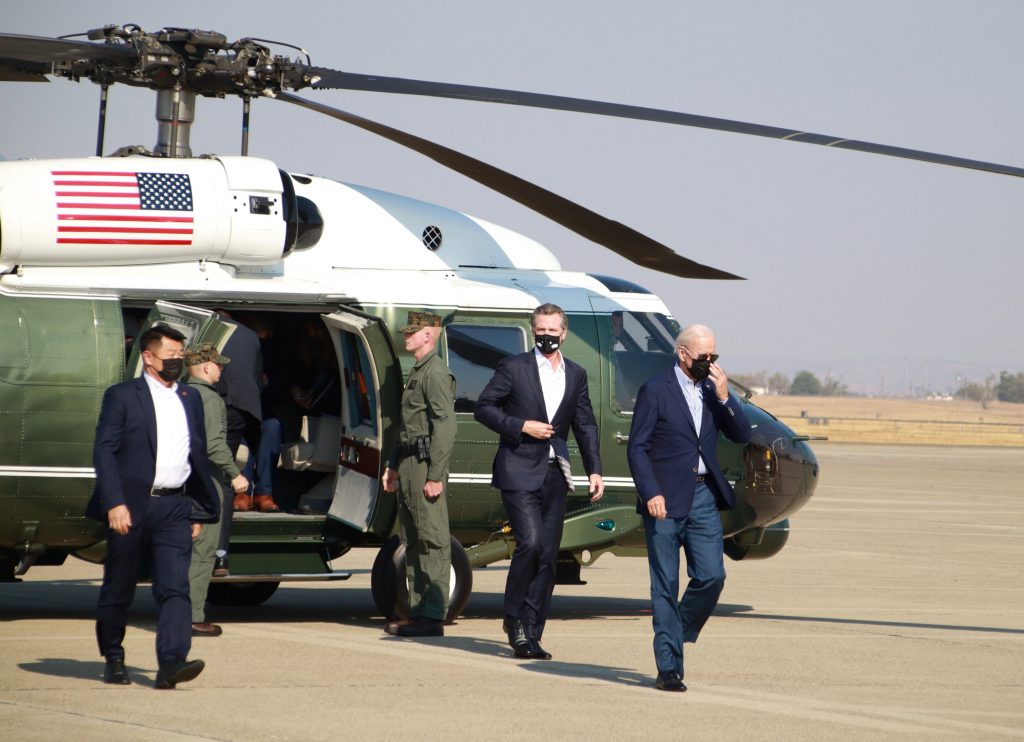 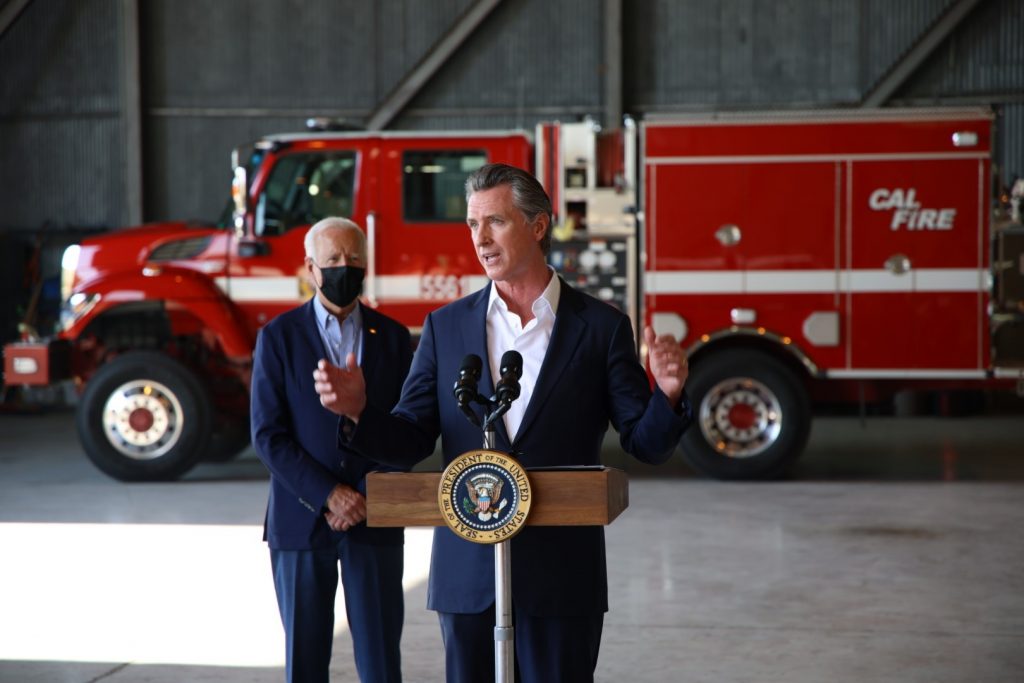 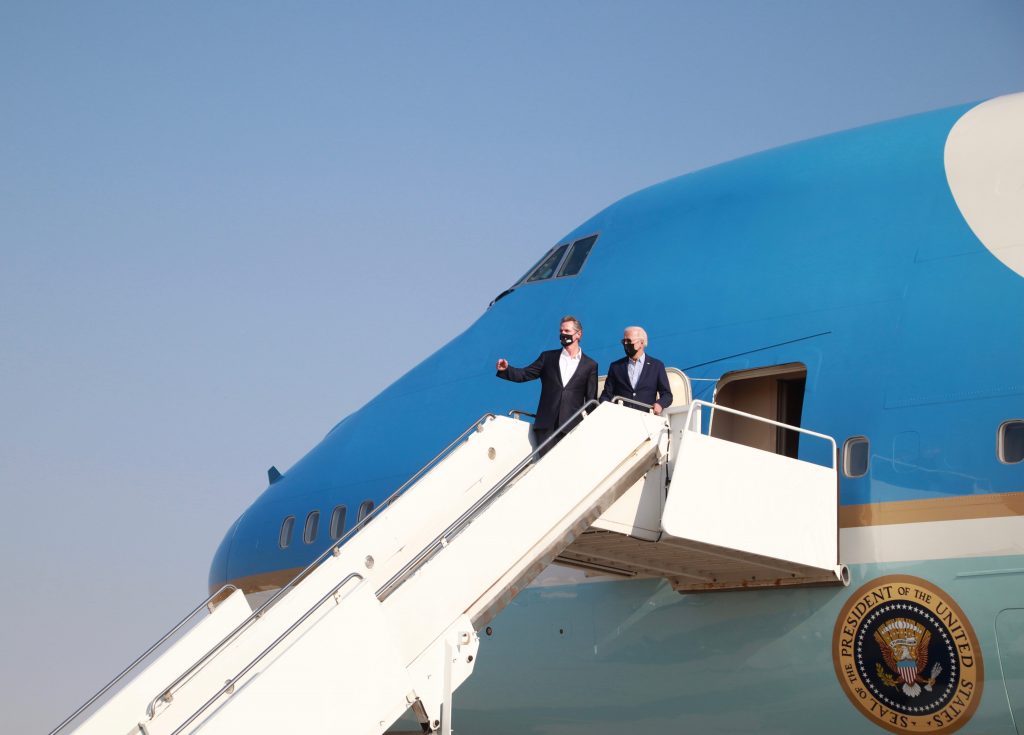 Governor Newsom has advanced a $1.5 billion package to build wildfire resiliency in California. The package supports a statewide strategy focused on forest health and wildfire resilience, including investments to advance land and forest management efforts and community hardening, and builds on the Governor’s previous budget investments in emergency management and executive actions to help combat catastrophic wildfires. Governor Newsom surged CAL FIRE’s firefighting ranks in March by authorizing the early hire of 1,399 additional firefighters and in July supplemented the department’s capacities with 12 additional aircraft. The Governor earlier this year launched an expanded and refocused Wildfire and Forest Resilience Task Force, with federal, local and tribal leaders, to deliver on key commitments in his Wildfire and Forest Resilience Action Plan. Last year, the Newsom Administration and the USFS announced a shared stewardship agreement under which they are working to treat one million acres of forest and wildland annually to reduce the risk of catastrophic wildfire.

With climate-related disasters occurring at an increasing speed and scale, the Governor in partnership with the Legislature has advanced more than $10 billion over three years that will assist communities in preparing for climate impacts – including wildfires, extreme heat and drought – with additional funding to address environmental justice priorities impacting vulnerable areas. The California Comeback Plan includes a $3.9 billion package to hit fast-forward on our zero-emission vehicle (ZEV) goals, tackling a major contributor of emissions driving climate change. The Governor has made a historic commitment to require that sales of all new passenger vehicles be zero-emission by 2035 and aggressively decarbonize heavy-duty vehicles. The Governor applauded the Biden Administration’s ambitious climate agenda, including the new target to make half of all new vehicles sold in 2030 ZEVs and the recent move to advance smart fuel efficiency and emissions standards, inspired by the California Framework Agreements signed in 2019 to serve as a path forward for clean vehicle standards nationwide in the face of Trump Administration rollbacks.