LOS ANGELES – Governor Gavin Newsom today joined Union Pacific representatives, elected officials, law enforcement and Caltrans crews at the Union Pacific railroad in Los Angeles, the site of a recent spike in theft, to announce a multi-agency effort to clean up the railway and highlight the state’s efforts to combat theft and hold perpetrators accountable.

At Governor Newsom’s direction, Caltrans crews will assist Union Pacific in their efforts over the next few days to clean up the impacted area. Additionally, the California Highway Patrol will continue its efforts to coordinate with local law enforcement to help prevent theft on railways in Los Angeles.

“What has happened on this stretch of the Union Pacific railroad is unacceptable,” said Governor Newsom. “We are committed to an all-of-government approach to prevent thefts, prosecute the criminals involved, and clean up local communities.” 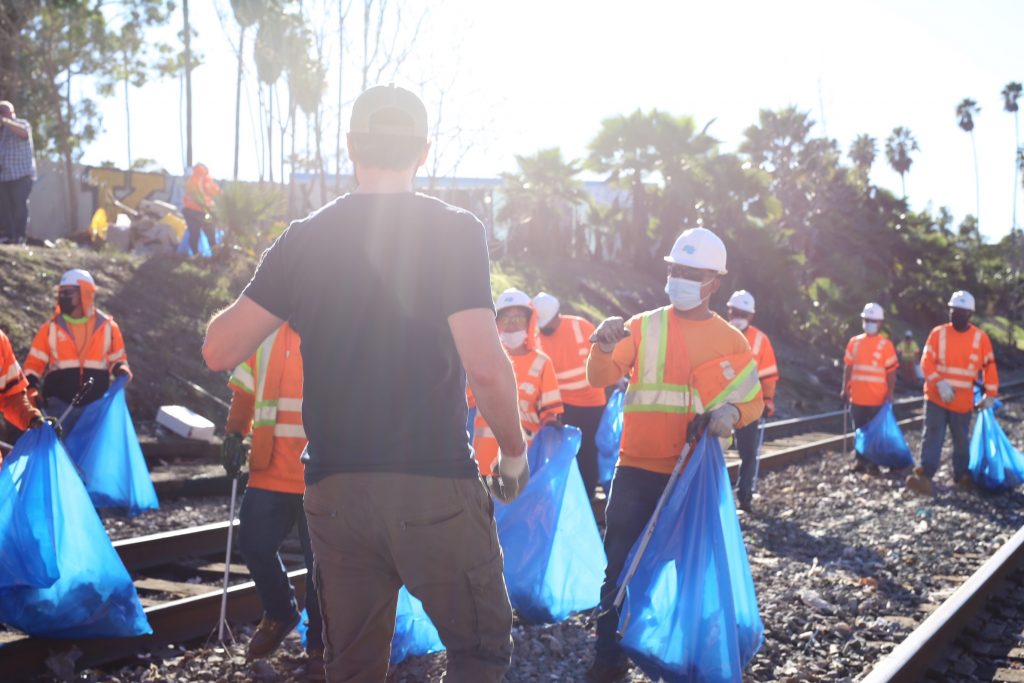 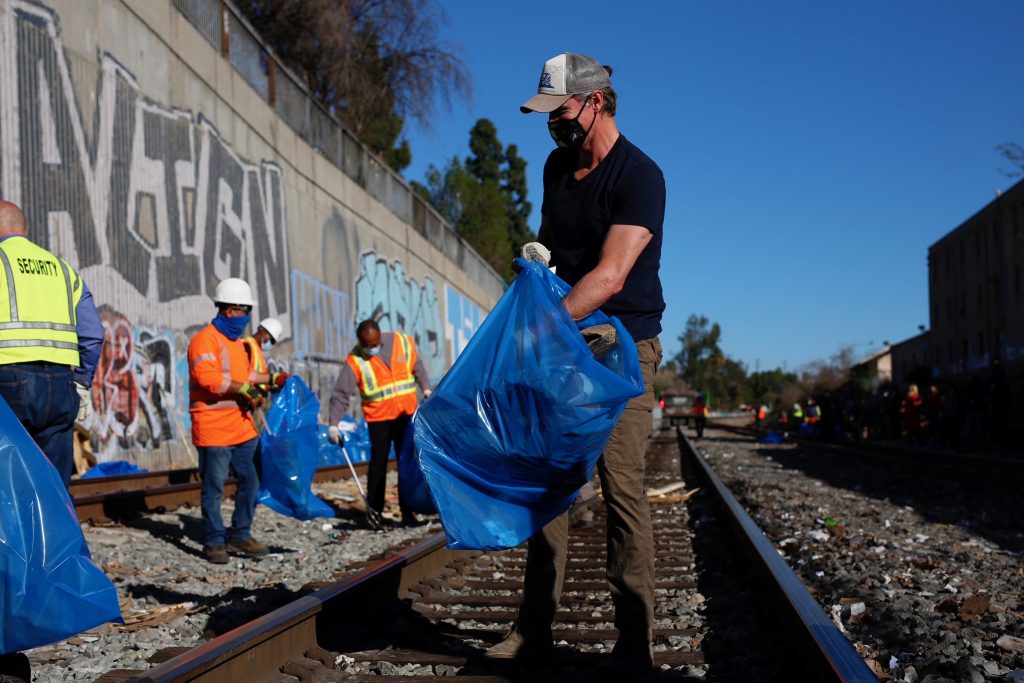 Governor Newsom works alongside Union Pacific representatives and Caltrans crews to clean the area of litter.

One month ago, Governor Newsom rolled out his proposed Real Public Safety Plan, which directly addresses rail theft and calls for bolstering local law enforcement response, supporting  prosecutors in their efforts to hold perpetrators accountable, and getting guns and drugs off our streets. The Plan includes $255 million in grants for local law enforcement to increase presence at retail locations and combat organized retail crime, along with $18 million to create a dedicated state team of special investigators and prosecutors in the Attorney General’s Office to prosecute cross-jurisdictional theft-related crimes. Further, the Plan calls for the creation of a permanent Smash and Grab Enforcement Unit operated by CHP that will work with local law enforcement to crack down on organized rail, retail and auto theft in counties across the state.

To tackle the massive amount of litter created by the thefts, California is taking immediate action to support cleanup efforts – doing here what the Clean California program has done throughout the state. Since its launch in 2021, the Governor’s $1.1 billion Clean California initiative has expanded state and local litter abatement efforts and engaged communities in projects to create beautiful, safe public spaces. Clean California is generating new jobs for working Californians with an emphasis on hiring people exiting homelessness, at-risk youth, veterans, those reentering society from incarceration, local artists and students. Within the past 6 months, Caltrans collected more than 5,666 tons of litter.

More information on the Real Public Safety Plan can be found here.