The text of the proclamation and a copy can be found below: 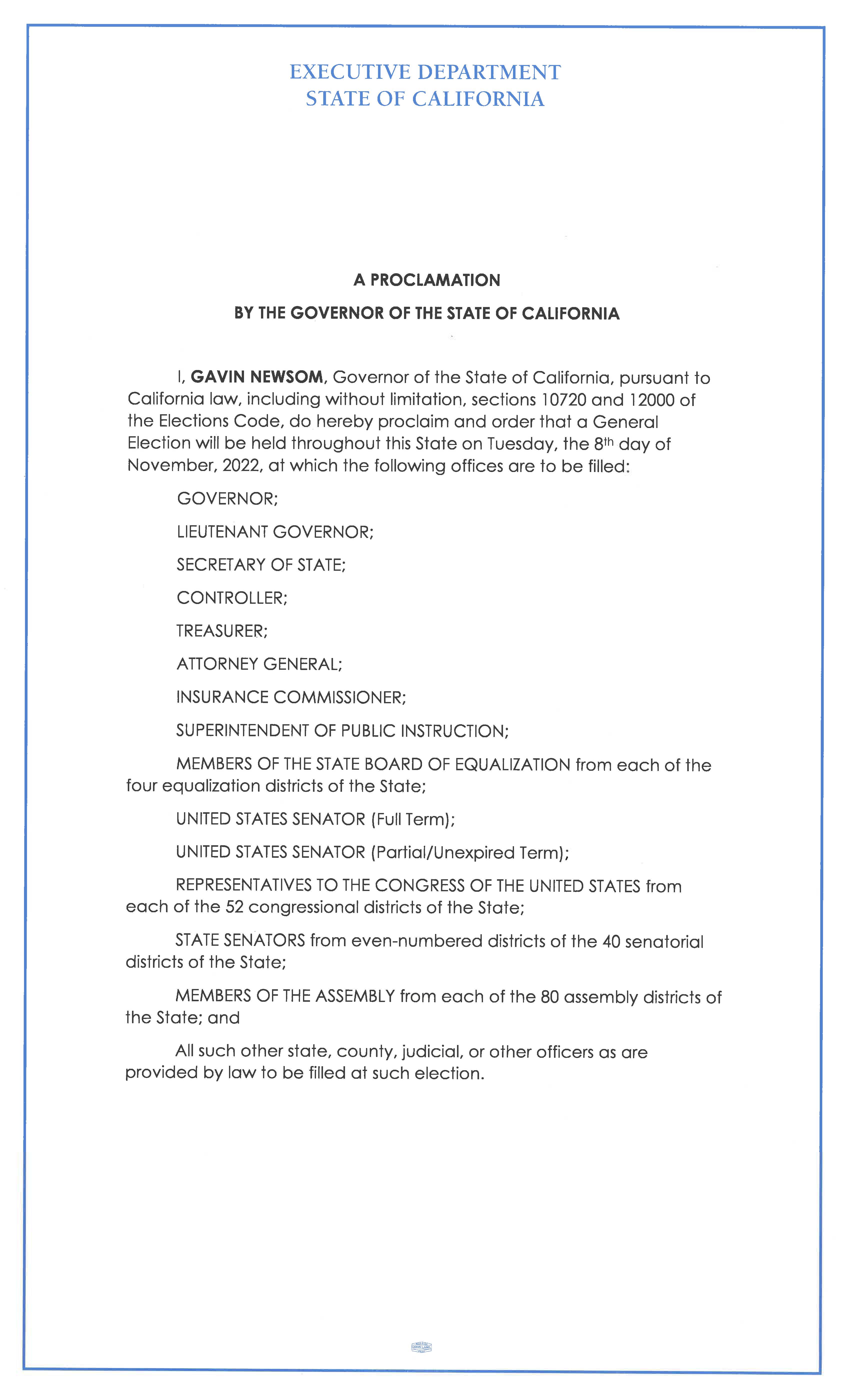 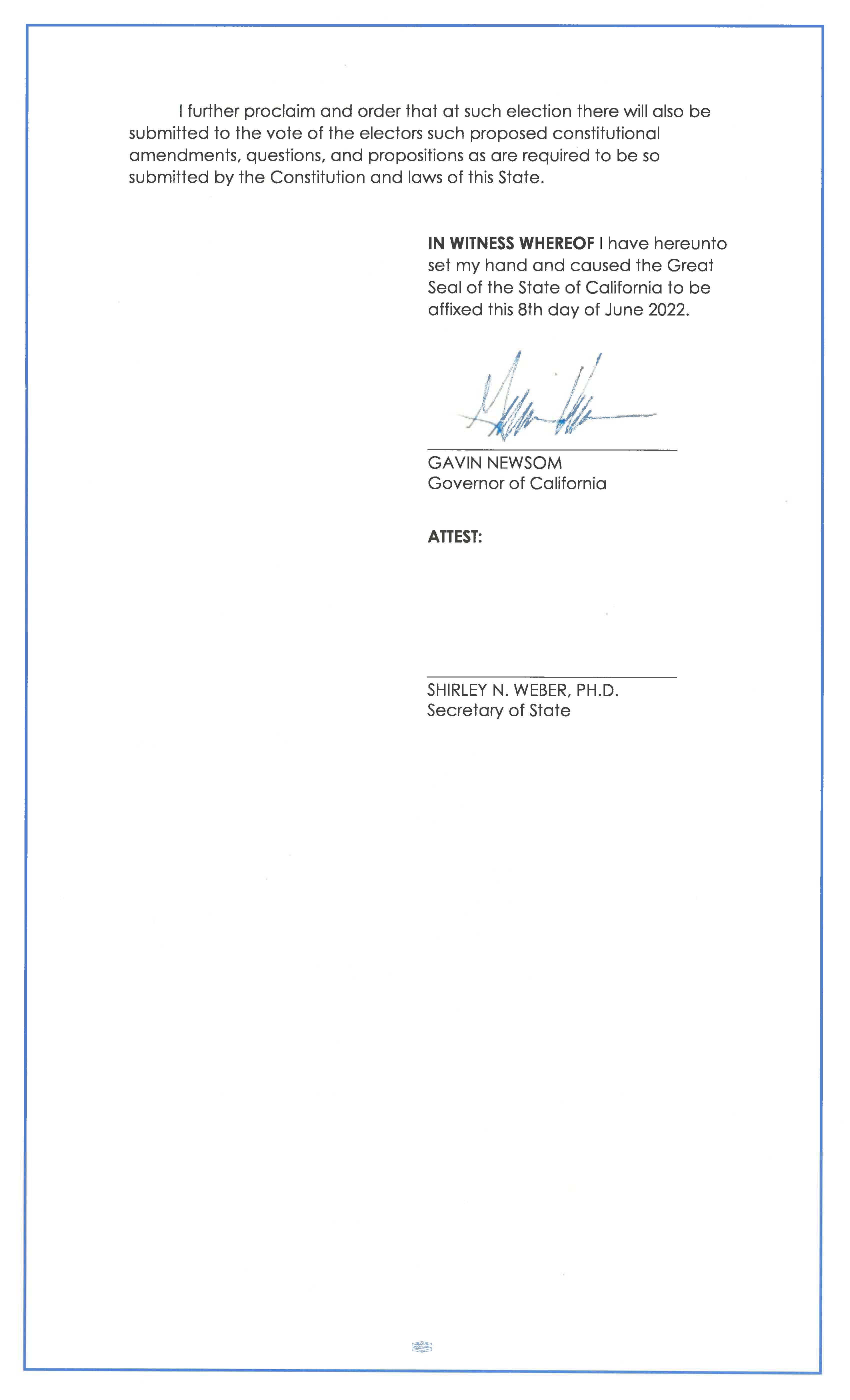 A PROCLAMATION
BY THE GOVERNOR OF THE STATE OF CALIFORNIA
I, GAVIN NEWSOM, Governor of the State of California, pursuant to California law, including without limitation, sections 10720 and 12000 of the Elections Code, do hereby proclaim and order that a General Election will be held throughout this State on Tuesday, the 8th day of November, 2022, at which the following offices are to be filled:

I further proclaim and order that at such election there will also be submitted to the vote of the electors such proposed constitutional amendments, questions, and propositions as are required to be so submitted by the Constitution and laws of this State.

IN WITNESS WHEREOF I have hereunto set my hand and caused the Great Seal of the State of California to be affixed this 8th day of June 2022.