VIDEO: Ten travel trailers are delivered to South Los Angeles at a site that will house homeless families with children

In the coming weeks, Caltrans will deploy an additional 20 travel trailers to Los Angeles County and dispatch dozens more throughout the state

The deployment of trailers are part of the state’s comprehensive emergency response that includes a combination of new accountability measures, unprecedented proposed new resources, and an executive order to significantly reduce and prevent street homelessness, connect people to services and build housing faster

SACRAMENTO — Continuing the state’s emergency response to the homelessness crisis, Caltrans today delivered 10 travel trailers to a site in South Los Angeles to provide temporary housing for families experiencing homelessness. The deployment of travel trailers is part of the state’s comprehensive response to the crisis through a combination of new accountability measures, unprecedented proposed new resources, and an executive order to significantly reduce and prevent street homelessness, connect people to services and build housing faster.

“California is treating homelessness like the emergency it is and it’s going to take every level of government stepping up to do their part,” said Governor Gavin Newsom. “State government is doing more than ever before to combat homelessness. This first wave of trailers to Los Angeles County is part of our state’s broader effort to deploy more resources directly into communities. I appreciate LA County leaders for providing land and putting these critically-needed resources to work.”

Later this month, Caltrans will deliver an additional 20 travel trailers to Los Angeles. The state will also deploy dozens of trailers statewide to partnering counties in the coming weeks. 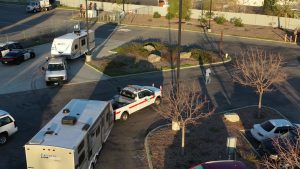 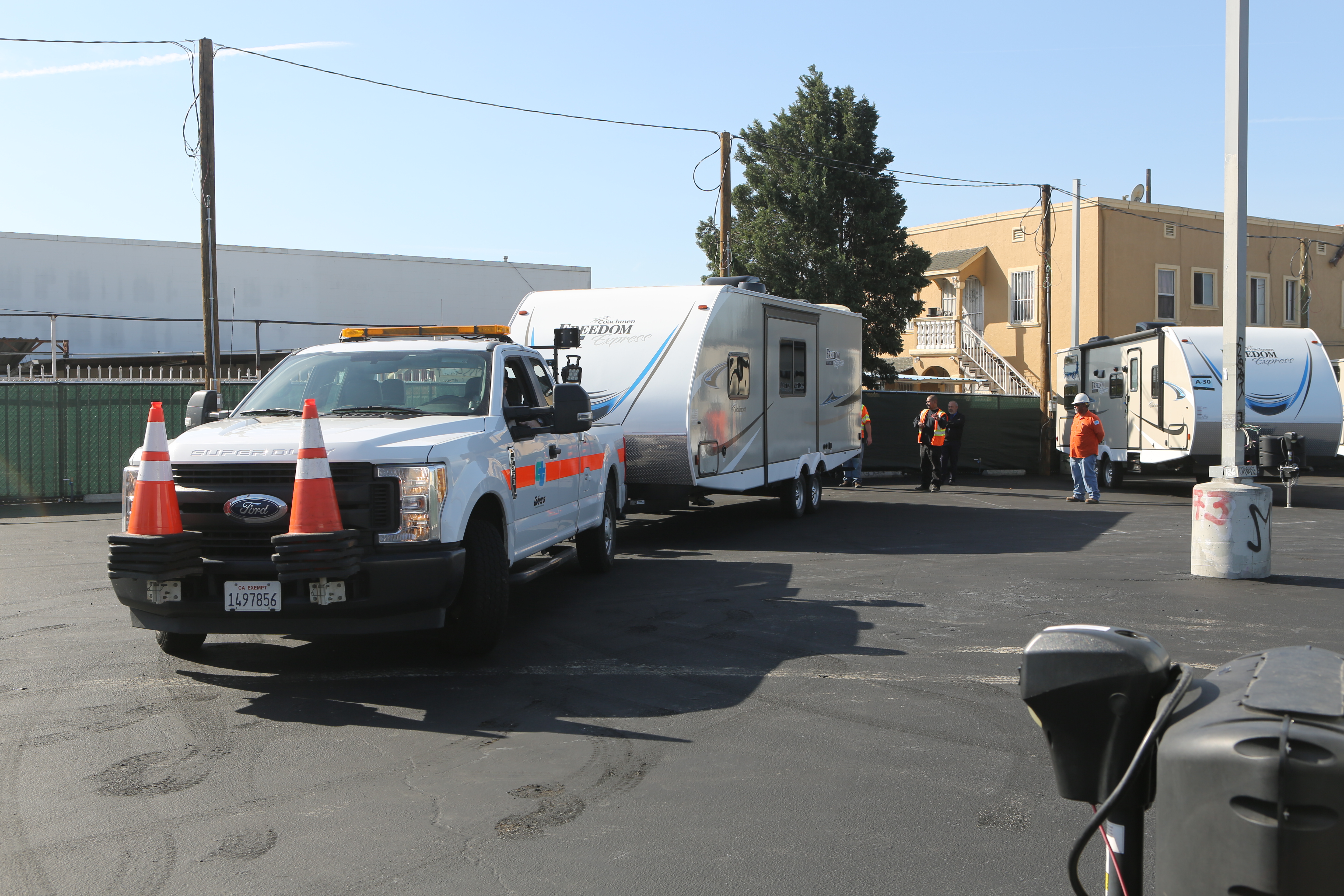 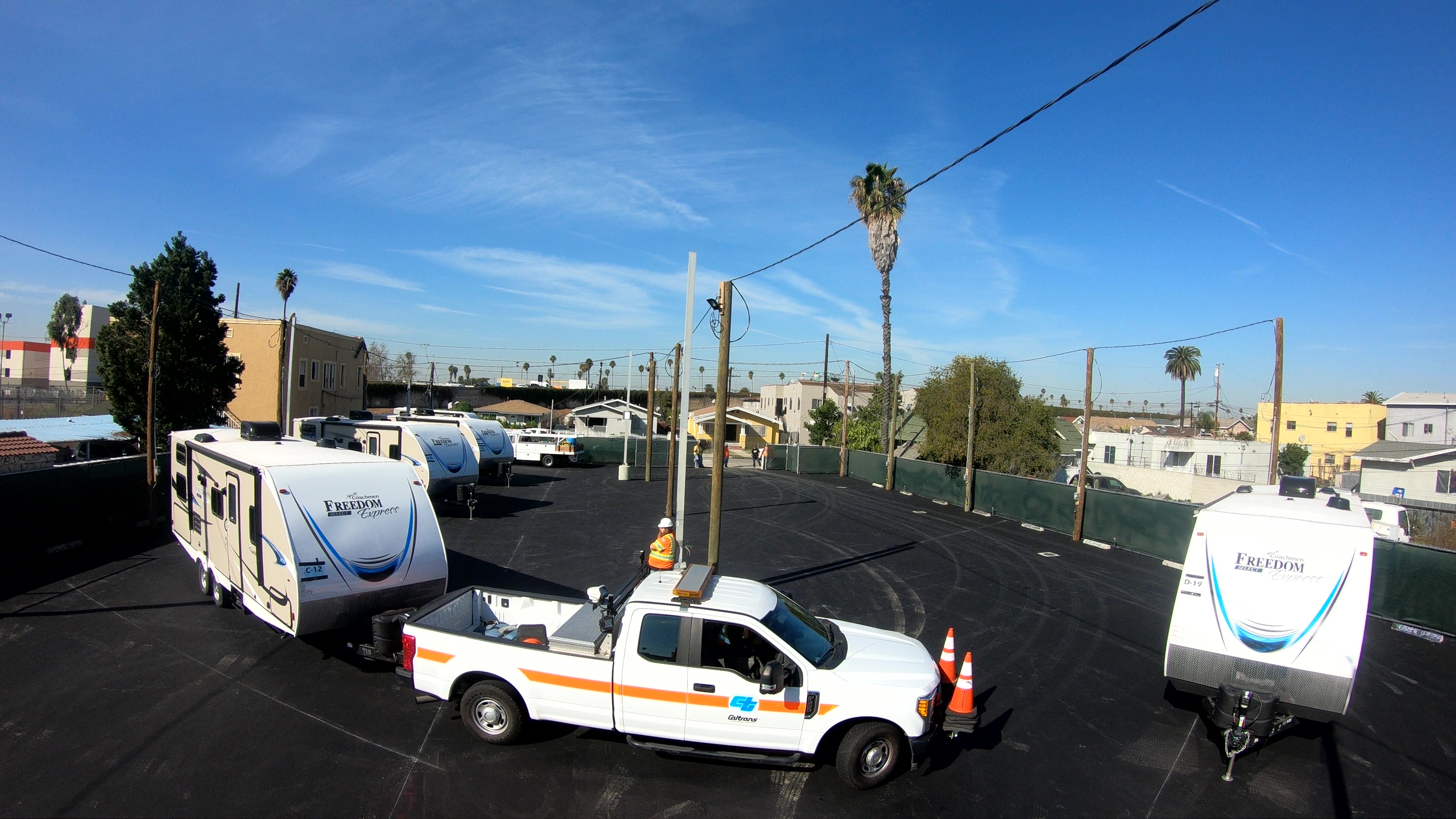 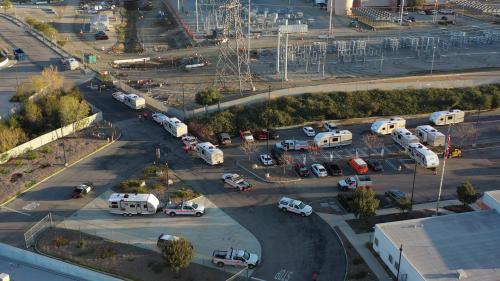 Caltrans delivered the trailers to the Los Angeles City-owned Safe Landing for Families site in South Los Angeles, where they will house homeless families with children. The families will be provided with wraparound services and assistance connecting them to longer-term affordable housing. Previously used by Camp Fire first responders, the travel trailers each have a bedroom, bathroom, kitchen and dining area, as well as other amenities.

“Where there’s a will, there’s a way. Just over three weeks after identifying a site for the trailers, we have the manifestation of collective civic action,” said Los Angeles County Supervisor Mark Ridley-Thomas, co-chair of the Governor’s Council of Regional Homeless Advisors. “The State of California, Los Angeles County and Los Angeles City, working shoulder-to-shoulder with the nonprofit, philanthropy and private sectors, as well as residents and volunteers, have created a safe landing for families transitioning out of homelessness. This is what a crisis response can and should look like.”

One of Los Angeles County’s Measure H-funded nonprofit partners, St. Joseph Center, deployed street outreach teams to identify the families who would move into the trailers. Many of them are currently living on the streets in the immediate vicinity – in cars or dilapidated RVs – or in rented motel rooms.

Over the last few weeks, Los Angeles County’s Chief Executive Office and Public Works Department, in coordination with Los Angeles City’s Department of Water and Power and other agencies, expedited the installation of electricity, water and sewage connections at the site, as well as other improvements to make it a safe, secure and welcoming environment. Families are expected to move in this weekend.

The Governor has released the full $650 million in State Emergency Homeless Aid – of which Los Angeles County will receive $64.3 million – and issued a challenge for cities and counties to partner with the state on immediate impact solutions to tackle homelessness.

Governor Newsom announced the state-local partnership to deploy travel trailers and medical services tents last month in Oakland during his statewide homelessness tour. The Governor last month traveled to San Diego, Oakland, Grass Valley, Riverside, Los Angeles and Fresno, participating in a local point-in-time count and meeting with staff and residents at shelters, a board and care home, and a crisis stabilization center.

The tour came on the heels of the Governor’s proposed budget, featuring more than $1 billion to fight homelessness, and an executive order requiring state agencies to take urgent and immediate action to make available state properties and facilities to rapidly increase housing and shelter options.