Since taking office in 2019, Governor Newsom has appointed 169 judges and justices – including 91 in 2021 – from a pool of 1,082 applicants. Over 49 percent of the Governor’s judicial appointees have been women and 58 percent identified themselves as Asian, Black or African-American, Hispanic, or Native Hawaiian or other Pacific Islander.

Governor Newsom’s judicial appointees have included a number of notable firsts, including:

A copy of the judicial applicant and appointee data chart can be found here and is below: 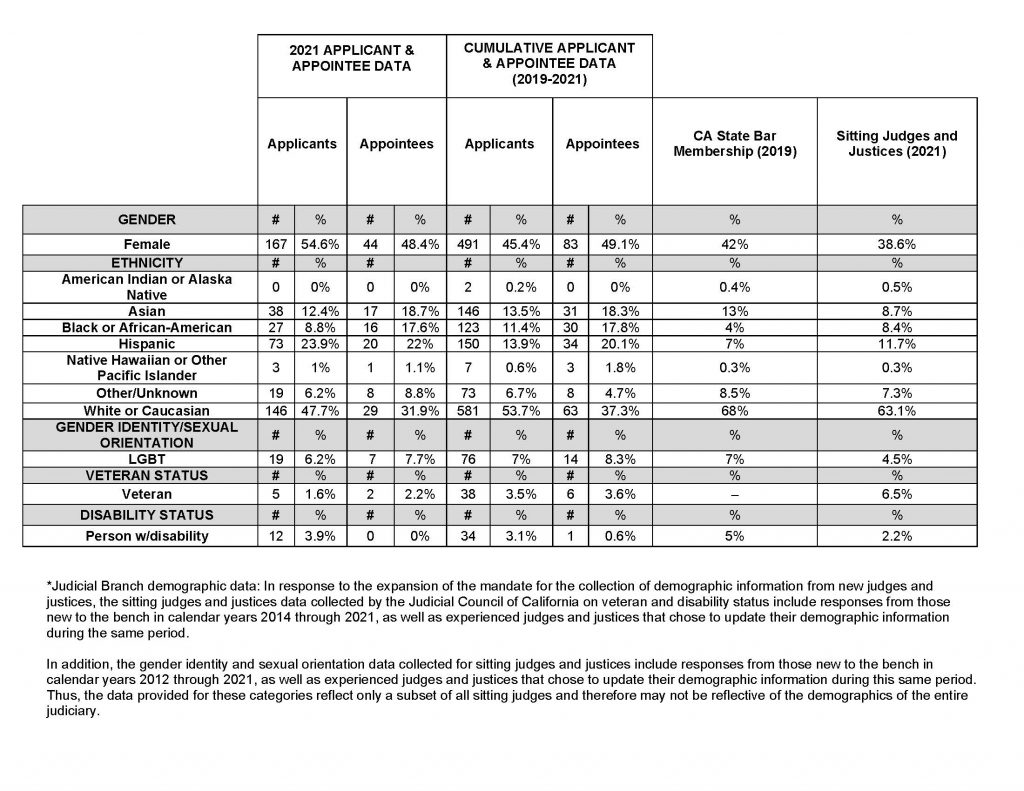