Following State of the State address, Governor traveled the state to hear from service providers, homeless individuals and local leaders on his Administration’s homelessness response

SAN JOSE – Concluding his statewide tour on homelessness, Governor Gavin Newsom today joined San Jose Mayor Sam Liccardo to meet with residents that recently moved in to tiny cabins at a Bridge Housing Community site in San Jose, which provides temporary housing as a bridge between homelessness and permanent housing.

“When it comes to homelessness, no part of our state is immune, no community untouched and too often, no one wants to take responsibility. That has to change and across California, it is,” said Governor Newsom. “Local leaders like Mayor Liccardo are stepping up and offering real partnership and solutions. It’s that spirit of collaboration that will help us through this crisis and, importantly, help move Californians off the streets and into supportive housing.” 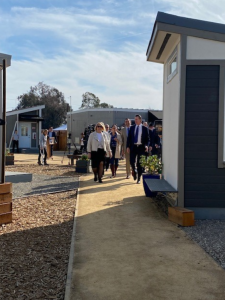 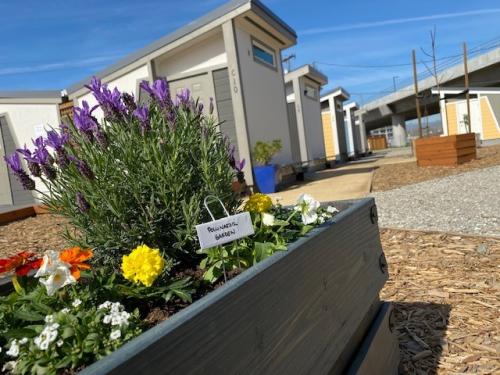 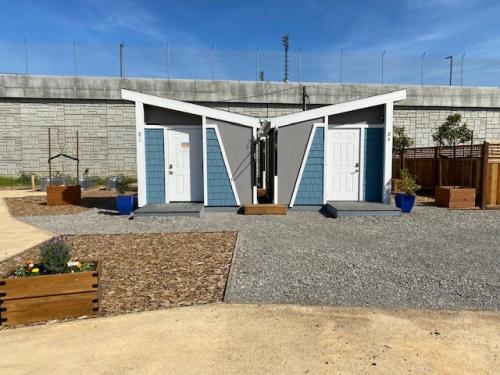 The tiny cabins at the Bridge Housing Community site the Governor visited today were built by Habitat for Humanity East Bay Silicon Valley on a property owned by the Santa Clara Valley Transportation Authority. The site feature shared bathroom, kitchen and laundry facilities for residents, with operations run by nonprofit HomeFirst.

An additional 40 cabins will be opened on a parcel leased from Caltrans at the upcoming Mabury Bridge Housing Community site, made possible by a combination of state funding through State Emergency Homeless Aid – of which San Jose will receive $23.8 million – as well as local government and private partnerships.

“The Mabury Bridge Housing Community is a unique approach to getting people off the street and setting them up for success,” said Mayor Liccardo. “The people we’ll serve here are able to work and live on their own. They hit a bump in the road, and we’re helping them get back on their feet. We’ll provide them with supportive services so they can find permanent housing and remain housed. Bridge Housing Communities in San José embody Governor Gavin Newsom’s vision for homelessness solutions with the fast and flexible deployment of one-time State funding. We are thankful for the Governor’s courageous leadership that is bringing about effective change for our residents.”

In his State of the State address last week, the Governor cited tiny homes as an example of the innovative new models of housing his Administration is encouraging to combat the homelessness crisis.

On Monday, Governor Newsom visited South Los Angeles, where he met with formerly homeless families housed in state-owned travel trailers and announced the first cohort of local governments – the counties of Los Angeles, Alameda, Riverside and Stanislaus – participating in 100-day challenges to partner with the state on immediate impact solutions to tackle homelessness. The Governor last week announced 286 state-owned properties immediately available to cities and counties for $1 to use for homelessness solutions, and met with local leaders from the League of California Cities to outline his Administration’s five-part approach and invite partnerships.

Governor Newsom has released the full $650 million in State Emergency Homeless Aid. On the heels of his proposed budget featuring more than $1 billion to fight homelessness, and executive order on homelessness, Governor Newsom last month traveled to San Diego, Oakland, Grass Valley, Riverside, Los Angeles and Fresno, participating in a local point-in-time count and meeting with staff and residents at shelters, a board and care home, and a crisis stabilization center.